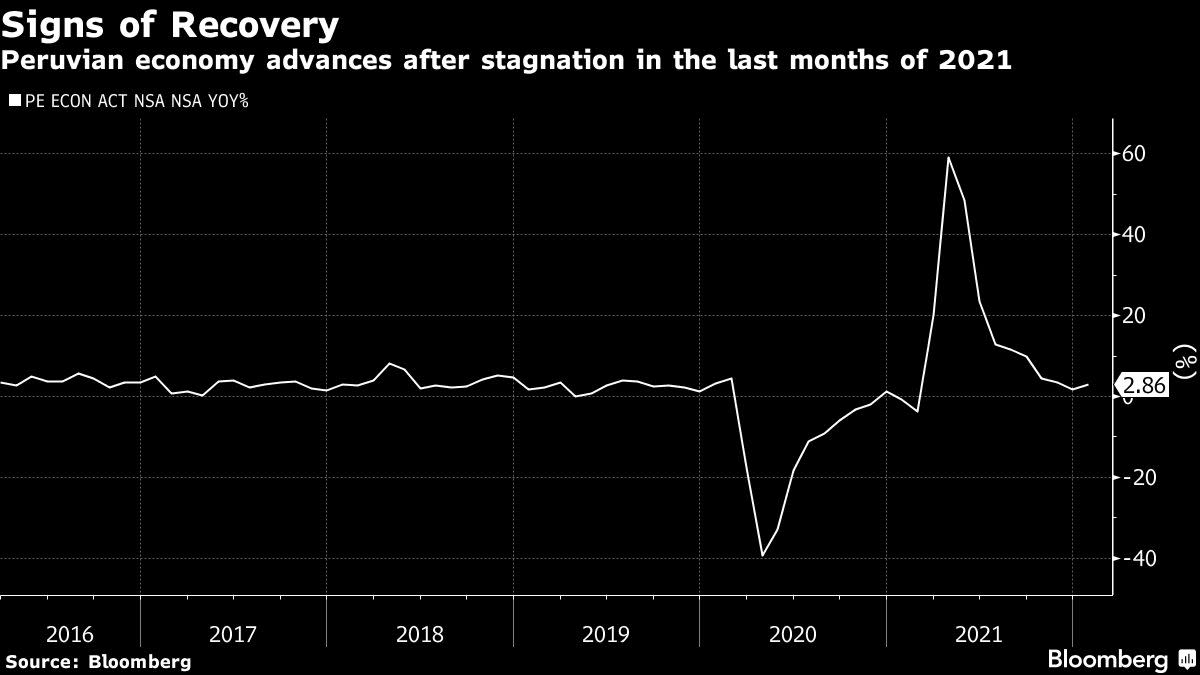 (Bloomberg) — Peru’s economic activity expanded in line with expectations in January, as a boost from agriculture, mining and hotels allayed fears the economy could stall amid mounting political infighting. .

Output volume was up 2.9% from the end of 2021, matching economists’ expectations from a Bloomberg survey. In monthly terms, there was an expansion of 1.4% since December, the National Institute of Statistics and Informatics reported on Tuesday. Most sectors posted growth, with the exception of fishing, manufacturing, construction and finance.

The data indicates that the Andean economy is picking up speed after stalling during the quarter, even as the central bank continues to raise interest rates to fight above-target inflation and as political uncertainty grows due to a nue due to impeach the president, Pedro Castillo.

The hotel and restaurant sector grew 30.4% in January from a year earlier, as the government tightened opening hours amid the progress of the vaccination campaign, the statistics institute said. Agriculture increased by 5% thanks to larger harvests and favorable weather conditions.

Peru economy picks up speed after stalling amid political chaos