Pérez-Payá, with a sporty car to Madrid 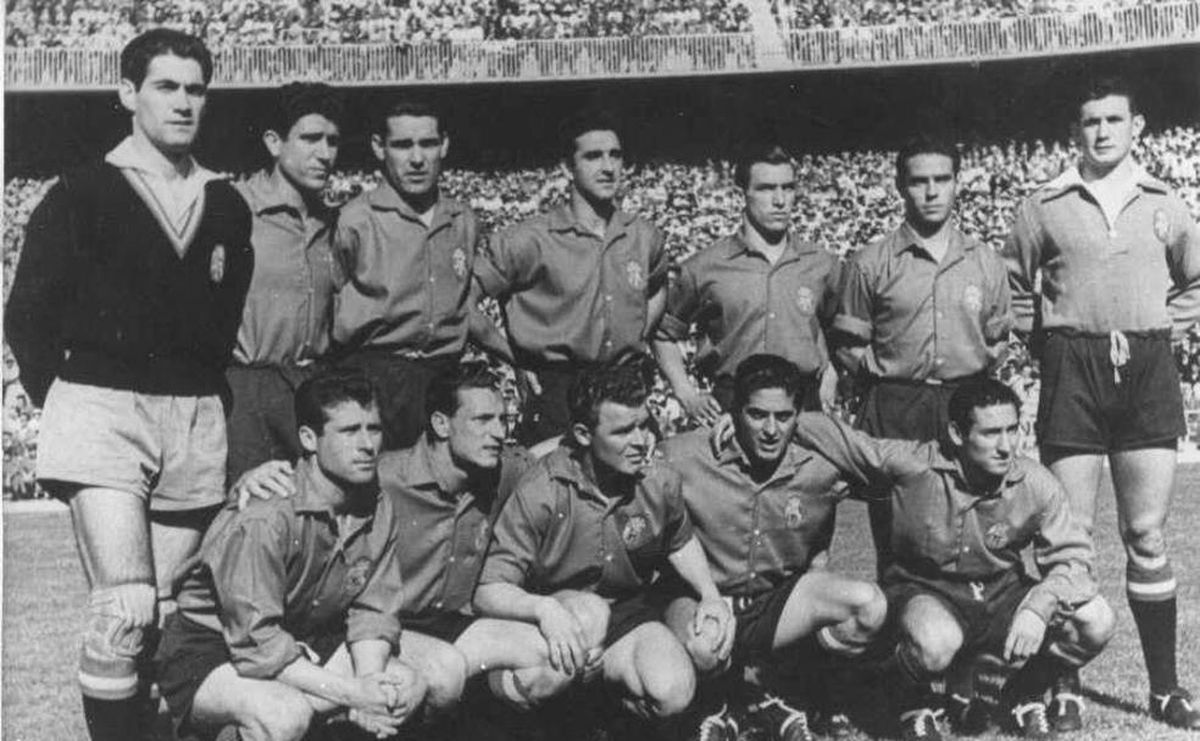 As Cristiano talks about his ties with Atlético, Pérez Payá, who provoked her even worse many years ago, comes to mind when he left the Metropolitano for Chamartín… in a luxury car recently donated by the Atlético president.

José Luis Pérez Payá was born into a football cradle. His father, Ángel Pérez Soler, was the great hero of Alcoyano: founder, player, coach and president of the club when he played 45-46 in the First Division. The boy, José Luis, played well. He was a forward with good facility, mobility and one goal. In 1948 he became Spanish amateur champion with Serpis, a kind of offshoot of Alcoyano, beating Indauchu 4-0 in the Metropolitano. This date was celebrated in Alcoy as well as the promotion. Until then he played for Barakaldo in the second division. He had a fan record that allowed him to take those liberties. If he was in the north, it was because his father had sent him to the University of Deusto to study law and economics.

Already licensed, he returned home and joined Alcoyano 49-50 in the second division, although he did not finish the season because he joined Real midway as a spontaneous reinforcement, already in the first division to avoid decline. He made his debut with two goals against Madrid in Chamartín. La Real was saved and he signed for Atlético de Madrid. He wanted to prepare appeals in public service and it was good for him to live in Madrid. In addition, Atleti were league champions, with Helenio Herrera as coach.

So he settled in the CEU, very close to the old Metropolitano, which he could walk to. Always as an “amateur” which allowed him to skip some training sessions or friendlies during the week. He only paid the bonuses: 300 pesetas for a home win or a draw away and 500 for an away win. He was the axis of the famous “glass strikers”, Juncosa, Ben Barek, Pérez Payá, Carlsson and Escuredo. (Heritage of the “silk”: Juncosa, Vidal, Silva, Campos and Escuredo). In his first season he won the league by 14 goals, a number he repeated in the second in which he won the Eva Perón Trophy. In the third he took the opponent at the cost of a little less play.

With a secure place in the country, he felt it was time to make money from football and asked for a professional contract. But the President, Benítez de Lugo, Marquis of Florida, didn’t think about it, he postponed and gave him a car, thinking that it would satisfy him. A car was no small thing in the summer of 1953. The SEAT had yet to release its first car, they were all imported and very few people had access to one.

But the player’s father spoke to Bernabéu, of whom he was a friend, about the friction in the box and the penchant the white patriarch had for all things Alicante. They agreed and he signed as a professional with Madrid for four years (he was 25 at the time). He arrived in Madrid in the same season as Gento and Di Stéfano.

The sports fans were outraged because he didn’t return the car, which he saw as a fair reward for his performance in those years. This, in turn, was a source of jokes in the mouths of madridistas and provoked more than one argument in pubs. Florida, about whom Helenio Herrera wrote in his memoirs that “he was a man so rich he thought he was intelligent,” was snubbed.

Pérez Payá made his debut on the same day as Gento against Osasuna. He alternated with Olsen and Molowny in midfield and occasionally carried nine, his number at Atlético, making Di Stéfano the left midfielder. (There are some photos of Di Stéfano playing with the 10, from that year). He scored his goals and was even capped twice by very few national team games during that period. He won his first two leagues as a madridista and was in his third season in the team’s European debut with Servette. But he would not be able to fulfill his contract. Rial arrived, Mateos and Marsal left the quarry, so the inside position became expensive. Di Stéfano was steadfast and tireless. They also offered him an important position: provincial labor delegate in Castellón, which gave a great boost to his career in administration. He was 28 years old and there he left Florida by car. He was right, because at only 34 he would return to Madrid as deputy director general of the labor inspectorate, a burden. He made a great career in the state and returned to football over the years as president of the federation. I would make Kubala the coach.