Pentagon Intelligence Analysis: Putin May Use Nuclear Weapons Against the West 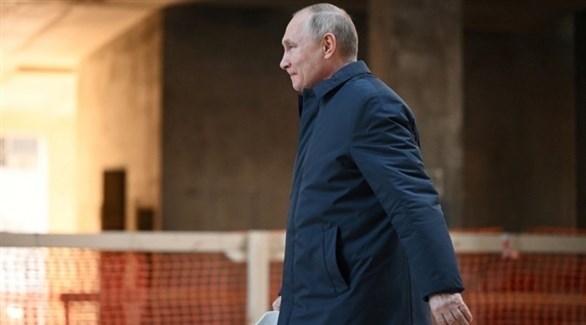 A recent analysis by the Defense Intelligence Agency of the US Department of Defense (Pentagon) found that Russian President Vladimir Putin is expected to threaten to use nuclear weapons against the West if fierce Ukrainian resistance to Russia’s invasion of the West continues. country, which will lead to a drain on the strength and equipment of the Russian army.

In the 67-page analysis of global threats, the director of the Congressional Defense Intelligence Agency, Lt. Gen. Scott Perrier, said: “Prolonged occupation of parts of Ukrainian territory threatens to deplete Russia’s military manpower. and reduce your arsenal of modern weapons. , while economic sanctions The consequences could push Russia into a prolonged economic depression and diplomatic isolation.”

In his testimony during a hearing before the US House Armed Services Committee on Thursday, Perrier added that Ukraine’s challenge and economic sanctions would threaten Russia’s ability to produce modern precision-guided munitions.

The director of the Defense Intelligence Agency went on to say that this war and its aftermath are slowly weakening Russia’s conventional power, noting that Russia is likely to rely heavily on nuclear deterrence to signal the West and demonstrate its strength in the country and abroad.

The Bloomberg news agency notes that this assessment, which paints a bleak picture of the outcome of the war between Russia and Ukraine, comes on the eve of a phone call between US President Joe Biden and his Chinese counterpart Xi Jinping.

Bloomberg notes that as US officials try to understand China’s position on the war in Ukraine, President Biden will seek help from his Chinese counterpart to increase pressure on Russia to stop the war.

President Putin announced that his country’s nuclear arsenal was on high alert.

The Russian embassy in Washington did not immediately respond to a request from Bloomberg for comment on this analytical study.