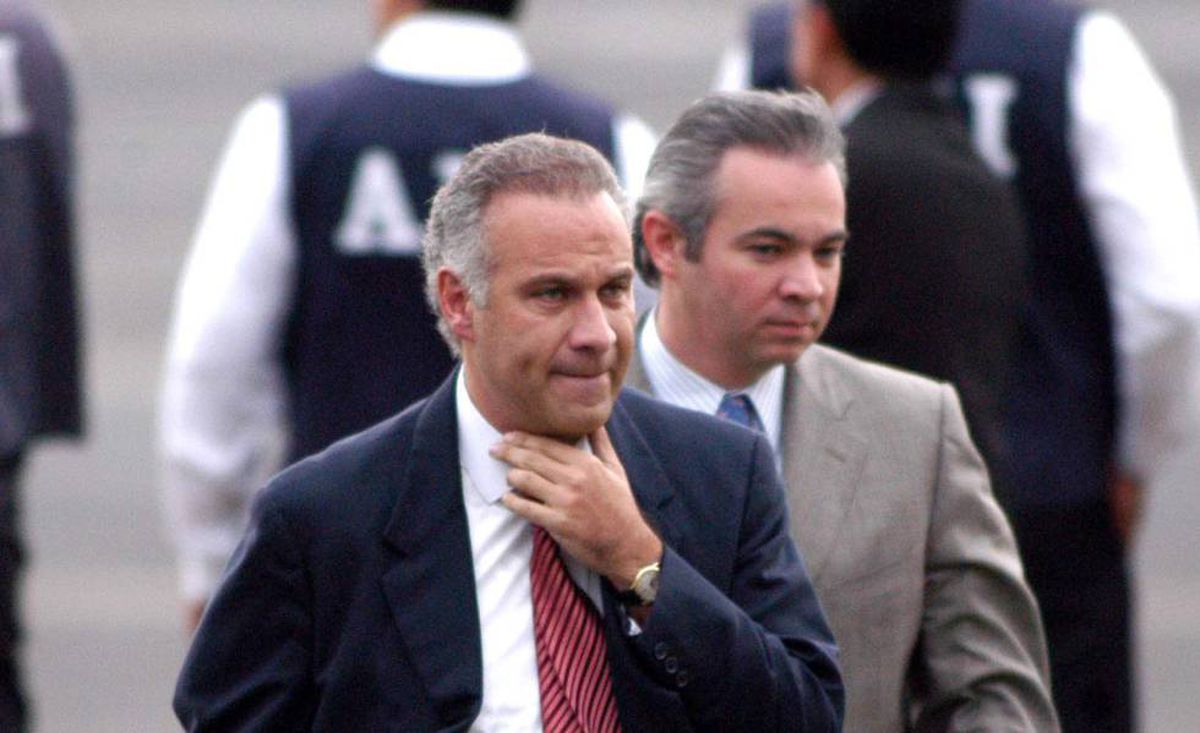 Juan Ramón Collado, lawyer for former Mexican President Enrique Peña Nieto (2012-2018), of the Institutional Revolutionary Party (PRI), bought three luxury apartments in Miami and two planes registered with the US police, according to a report from Andorra of this European principality to which EL PAÍS had access.

The lawyer used his financial network in Andorra as collateral to apply for 11 loans totaling $14 million. And he used that money to purchase and maintain two $5.2 million airplanes and to buy and renovate three apartments at the St. Regis Bal Harbor complex in Miami, according to the Police report, December 2021.

The lawyer is the son of José Ramón Collado Amieva, a businessman born in Llanes (Asturias) and who died in 2018 at the age of 78, amassed a fortune with a law firm and a pawn shop chain in Mexico, where he emigrated to.

Facing the bay, the St. Regis Bal Harbor, the complex chosen by Peña Nieto’s attorney, is home to 275 26-story homes. The one- to four-bedroom apartments cost between 2.6 million dollars (2.5 euros) and 14.5 million dollars (14.3 euros).

Designed by luxury architects Sieger Suárez, the home features “smart technology” to enjoy an experience “unmatched anywhere else in the world,” according to real estate agency Miami Condolife Style.

Two heated pools, one spa Sea views or a private elevator are some of the attractions of this complex, built in 2011, which features “lush” gardens, a health center with “ultramodern” equipment, and a lobby designed by interior designer Yabu Pusherberg, according to this real estate firm.

The company selling these homes praises that their balconies offer “panoramic views” of the bay and sea, and that the properties house “spacious closets.”

Internal documentation from the Banca Privada d’Andorra (BPA) – where the lawyer moved $111 million (€109 million) between 2006 and 2015 – shows that Collado resorted to instrumental companies (with no real activity) to – at least – two to pay millions of dollars (1.9 million euros) in payout in order not to lose a reservation of the apartments.

In addition, the bank of the Principality of the Pyrenees is said to have tried to protect Collado’s identity in the transaction. “Only the name of the company should appear as the payer on the transfer. NOT FROM THE REPRESENTATIVE,” collects an internal BPA email dated February 2, 2012, alluding to the operation to pay down the Miami properties.

In addition to the Miami properties, Collado also used the services of this Florida attorney to purchase and maintain two planes, according to the Andorran police. EL PAÍS has tried unsuccessfully to obtain Gustavo J. García-Montes’ version.

To acquire the Cessna Citation 650, Collado has pledged the plane itself and funds from one of its holding companies, according to a BPA email.

On the other hand, the latest Andorran police report on Collado bears the signature of the European country’s Economic and Financial Intelligence Unit. The document attacks the lawyer’s stance during the money laundering investigation conducted by a judge from this Pyrenean principality, protected by banking secrecy until 2017. The agents censor Collado’s alleged maneuvers to undermine the investigation and are suing against filing a lawsuit against the investigator who contracted the investigation.

The investigation also questions the origin of the funds Collado entered in Andorra – 111 million between 2006 and 2015 – and question whether this money came from his practice as a lawyer or from the pawn shop Prenda Oro, founded by his father in 1999. , as he explained to the instructor. In addition, investigators insist on the enormous political influence of the lawyer, known as the advocate of power for having defended prominent figures such as Pemex union leader Carlos Romero Deschamps; the former governor of Quintana Roo Mario Villanueva (PRI) or Raúl Salinas de Gortari, brother of former President Carlos Salinas.

The police of the European country are also suing against the ups and downs that the judicial investigations in Andorra have suffered. The investigation in the Principality was launched in 2018 after the PGR produced an exculpatory report during Peña Nieto’s six-year tenure, establishing the legality of the lawyer’s funds.

However, Collado’s arrest in Mexico in July 2019 and his sentencing to prison, where he remains, forced the reopening of the investigation in the Principality of the Pyrenees. The lawyer was arrested in his country for organized crime and money laundering, very similar crimes for which he was under investigation in Andorra before the investigation was launched.

- Advertisement -
Share
Facebook
Twitter
Pinterest
WhatsApp
Previous articleMicrosoft Surface Pro 8: Popular convertible with a discount of 120 euros at Media Markt
Next articleArrest of the alleged perpetrators of a cyber attack on the radioactivity warning network carried out last year