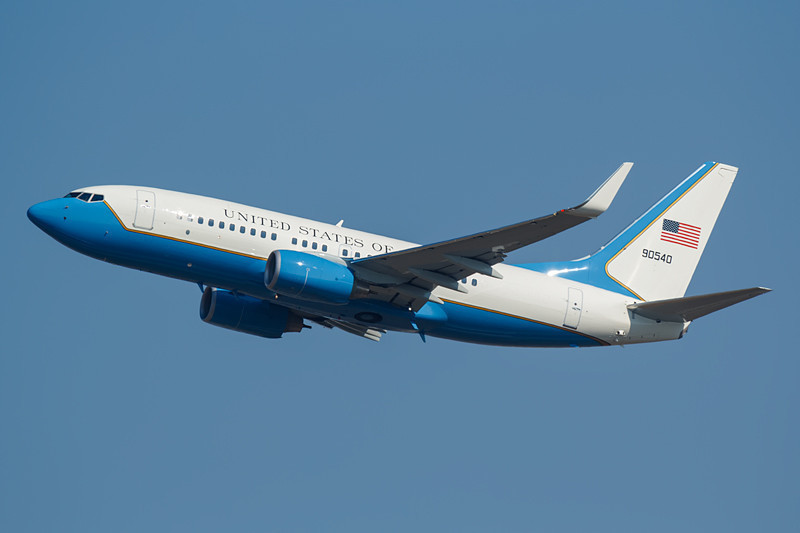 TAIPEI – For the first time in a quarter century, an American leader is in Taiwan. Nancy Pelosi refuses to be intimidated by Chinese threats. Beijing launches fighter jets – the flight of the speaker of the United States House of Representatives is watched live by millions of people around the world.

SPAR19 did not choose the direct route from Kuala Lumpur to Taipei. The Boeing C-40C flew over Indonesia for the first time – it was only in the Philippines that it became clear that the special US Air Force 737-700C was actually turning to Taipei.

Despite all the threats from China, top US politician Nancy Pelosi arrived in Taiwan on Tuesday on her trip to Asia.

Their military aircraft generated more interest than any flight ever before. “From takeoff to landing, 2.92 million followed SPAR19 from Kuala Lumpur to Taipei in at least stages,” Flightradar24 said. 708,000 users alone listening for approach and landing.

The population and public institutions are instructed to save electricity. © @IAIM_VE

“This makes it the most tracked flight in Flightradar24’s history,” the site operator explained. The “unprecedented interest” really made the flight tracker’s servers shine – sometimes access to the site was restricted.

Previous article10 sweaty summer thrillers hidden on digital platforms
Next articleVegan Chocolate: Have you ever tried these heavenly flavors?