Pedro Sánchez and Yolanda Díaz descend to the left 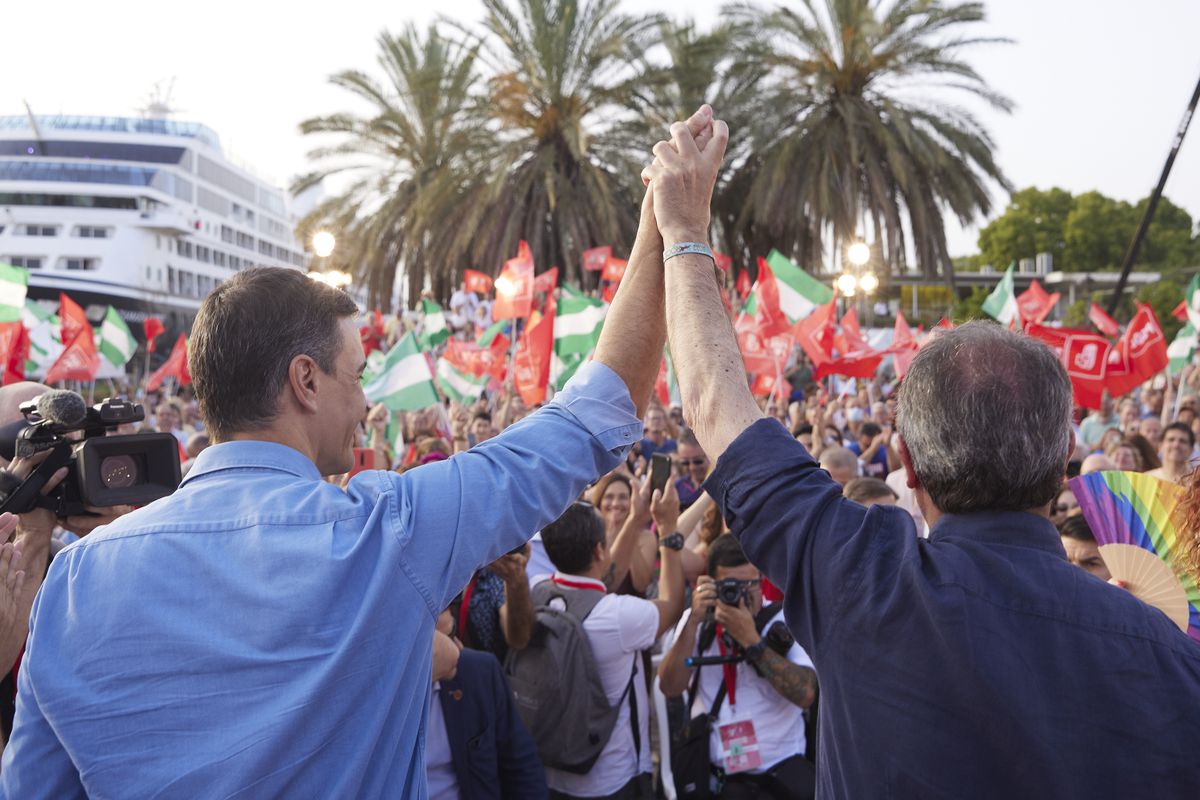 The totally sinister left in Andalusia risks repeating itself across Spain if the lack of self-criticism of Pedro Sánchez and Yolanda Díaz continues to shamelessly shine. It is enough to observe the smug analyzes from Madrid headquarters on election night to see how little the ruling coalition understands its decline and the enormous strength of the PP. It’s a trend that could be repeated in less than a year in 2023 in regional and general elections.

First, because today there is no alternative left project that could support the PSOE to stay in La Moncloa. Andalusia is the second regional seat that Yolanda Díaz addressed, before it was Galicia, and the alleged “Díaz effect” is also not appreciated. The Galician nationalist bloc swept the Podemos merger out of the regional parliament in 2020, and now other legs of the vice-president’s project are also weak. In the Valencian Community, Compromís has impeached Mónica Oltra, still without resigning, while in Catalonia, Ada Colau is no longer an electoral novelty.

Likewise, the Podemos brand is declining, and the departure of Pablo Iglesias from politics a year ago was the result, not the cause, of that decline. Today there is no strong Podemos beyond the ministerial seats. There is also no logic in important areas such as Andalusia, where the purple party did not even arrive in time to register for the elections. The split against Teresa Rodríguez is incomprehensible, something can only be explained by partisan issues.

Consequently, the “process of listening” that Díaz proclaims from the rooftops must give up ego, personalism, or the need to sell supposedly disparate leadership. To listen, listen to the Andalusian polls. Spanish politics is based on strong parties. Because of this, the PP has started cornering Vox with some barons drinking from the collapse of Ciudadanos and may even get votes from moderate left profiles.

Second, the PSOE itself is beginning to show that Pedro Sánchez is wearing down. Some of their barons are still new, without a project of their own, as in the case of Juan Espadas, and on top of that have been brought down by the presidentialism of the Ferraz leader. It’s the result of Sánchez crippling the federal committee in 2018 and reducing the visibility and power of the territorial leaders who fired him in 2016. This also explains why the socialists also cannot face an honest reflection that does not start from a graceful will of the Sanchez himself.

Third, progressivism has run out of “the extreme right is coming”. Neither the mantra mobilizes nor does it have credit for stopping Vox in the elections. The only success celebrated by the left, democracy can only thank Juan Manuel Moreno, like Isabel Díaz Ayuso before it, that the extreme right, thanks to the rejection of reactionary discourse, does not touch any other autonomous executive. the second, despite the imitation of their alarming postulates. And even, it is due to the bluff of the Macarena Olona campaign, together with the death of Ciudadanos, by a PP that is today a kingdom of Taifas specialized in regional, Andalusian, Madrid, Galician speeches … the could result in Alberto Núñez Feijoo flying to La Moncloa.

Perhaps the magnitude of the tragedy will become clearer if one gives Sánchez and Díaz a piece of information: Dos Hermanas, Seville; Getafe, Madrid. The right is laying waste to modest areas in front of the bastions par excellence of the left. It touches on realism and not fake stories that look good in the mouths of speakers but don’t even believe progressive voters themselves, and they will end up having electoral consequences.