Pedro Cruz Sánchez, art essayist: “The only limit to ‘performance’ is the penal code” 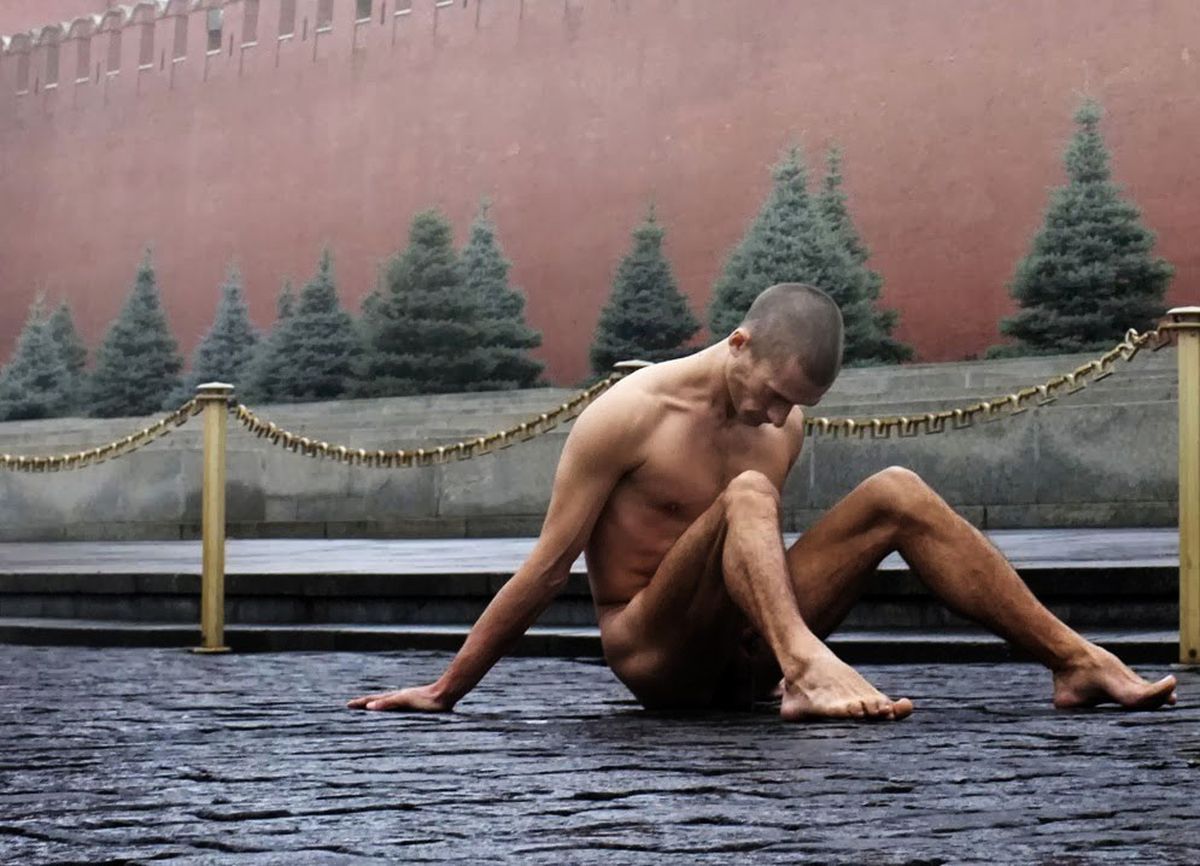 Ever since the Futurists discovered ways to inflame the public with poetry, musical performances and political rhetoric in the early 20th century, perfomance It is the most representative artistic action of contemporary art. Almost all museums already have specific programs for a genre that, contaminated by dance and theater, is becoming increasingly global and political. With deep roots in Dadaism, the perfomance In her saints she has such consecrated and influential names as John Cage, Joseph Beuys, Yves Klein, Marina Abramovic, Pussy Riot, Femen or Esther Ferrer. What devotees of the genre lacked was an encyclopedic study beyond the book by American historian RoseLee Goldberg (a compilation ending in the 1970s). The immense gap has now been closed with the publication art and performance. A story from the avant-garde to the present (Akal), an in-depth and comprehensive study (660 pages) by Pedro A. Cruz Sánchez, Professor of Recent Trends in Art at the University of Murcia, poet and author of numerous essays on artistic disciplines.

The first problem to be solved with the perfomance is your definition. The historian and critic Fernando Castro Flórez says with biting humor that it is “the art of mistreating the public”. This can sometimes happen. The author of the essay summarizes it via email as if he were explaining it to his students: It is an artistic action, an interpretive scenic representation whose purpose is to convey an idea or concept that evokes a reaction in the viewer . That performances They embraced the greatest revolution in all art of the 20th century. And they left the museums. You can intervene anywhere. For the first time in history, artists have bodies. They used to exist only for their works and thanks to these experiences the viewer is closer and can interact with the piece and with the author.

Specializing in the latest trends in art, because “if you don’t understand the art of your time, it’s impossible for you to understand the art of a previous era”, Cruz Sánchez affirms that there are two ways to understand it: on the On the one hand there are those positions that assume that the further away from life, the greater the ability of art will be to isolate and intervene – let’s call Liam Gillick in this case – and on the other On the other hand, there are those who try to erase the boundary between art and life as much as possible – as with Allan Kaprow, for example. “I don’t think you have to make a choice. a priori, and absolutely, one of them. Depending on the situation, one or the other must be prioritized,” says the author.

At Cruz Sánchez everything fits into one perfomance: poetry, the spiritual, the abjective, humor, the political, the intimate, the biographical. “It is a genre that pervades all human interests. If something is part of life, it is probably the object of it perfomance‘ he comments.

The best-known plays are usually the most scandalous: urinating on the canvas, nailing the scrotum in place… Against this background, the essayist distinguishes between empty spectacle and art: “If Provocation is sought after provocation, then it becomes bad perfomance. In the case of Piotr Pavlenski – the Russian artist who nailed his scrotum in front of the Kremlin – the aim was to make visible the absence of freedom and the social paralysis caused by Putin’s totalitarianism. In other cases, performing extreme actions – those involving wounds, mutilations, injuries, resistance exercises – requires a period of preparation and training of the body that can last for weeks. Nothing is free inside perfomance. If so, it isn’t perfomance as such, but a farce.”

Political activism is closely linked to artistic actions. The book explains that “Paradoxically, since the perfomance institutionalized and found its way into museums, the greater the tendency of artists to use it as a political strategy. That perfomance From the 1960s it begins to politicize itself on the Latin American scene, gaining momentum with feminism in the 1970s and flying high with the arrival of the 21st century. Russian and Ukrainian activism – Voina, Pussy Riot, Femen –, Tania Bruguera’s tireless struggle against the totalitarianism of the Cuban regime or Regina José Galindo’s denunciation of violence are great examples.”

As is so often the case with other creative activities, it is difficult for them Artist Live from your art. How is such a piece marketed? “There are rare artists who make a good living from it perfomance‘ the teacher realizes, ‘which in itself is the realization of a perfomance it only brings its author money if it is commissioned by an institution and this institution pays for it as a performance – it depends on the price of the respective artist -. Since the 1970s, artists have had to monetize their funds most often performances It was carried out through the commercialization of the videos and photos taken during his execution. If video art already has a tough market, imagine the so-called ‘living arts’. Apart from superstars like Marina Abramovic, it’s difficult to make a living from this discipline.”

When asked to choose three of the many pieces that have impressed him, he has no doubts. The first is pleasure in meat (1964), by Carolee Schneemann, “an artist who fought heroically against machismo in the art world. I’ve been fortunate enough to meet her three times, and she’s one of those people that marks you forever,” says the author. In the work, the naked bodies squirm, smeared with paint, paper, raw fish, meat or bird parts. As part of the resistance, he stays with us Annual performance 1978-1979, from Taiwanese Tehching Hsieh. “He spent a year locked in a cage, unable to write, listen to the radio or music, and watch TV. Nothing to entertain him,” he adds. And the most extreme and morally reprehensible work is Sacrifice: Feed a dog with its child (2002) by Chinese artist Zhu Yu. “In it he agreed with a woman to get her pregnant through artificial insemination and after four months to have an abortion and give her the fetus. As soon as it was given to Zhu Yu, he would take it to a friend’s house and feed it to a hungry dog ​​he had picked up off the street.”

The making of this book had all the airs and graces of perfomance Drama for the author: “I wrote 16 hours a day for almost three years to get the book out on time. Research in Spain is not very well supported, let alone in the humanities. When my money ran out, I had spent 20,000 euros and I couldn’t buy any more books, I had to ask for a loan. At the bank they freaked out when I told them it was books for sale. They say they were never asked for a loan for it. Then came the pandemic and the paper shortage, and the book was published almost two years late. An odyssey.”