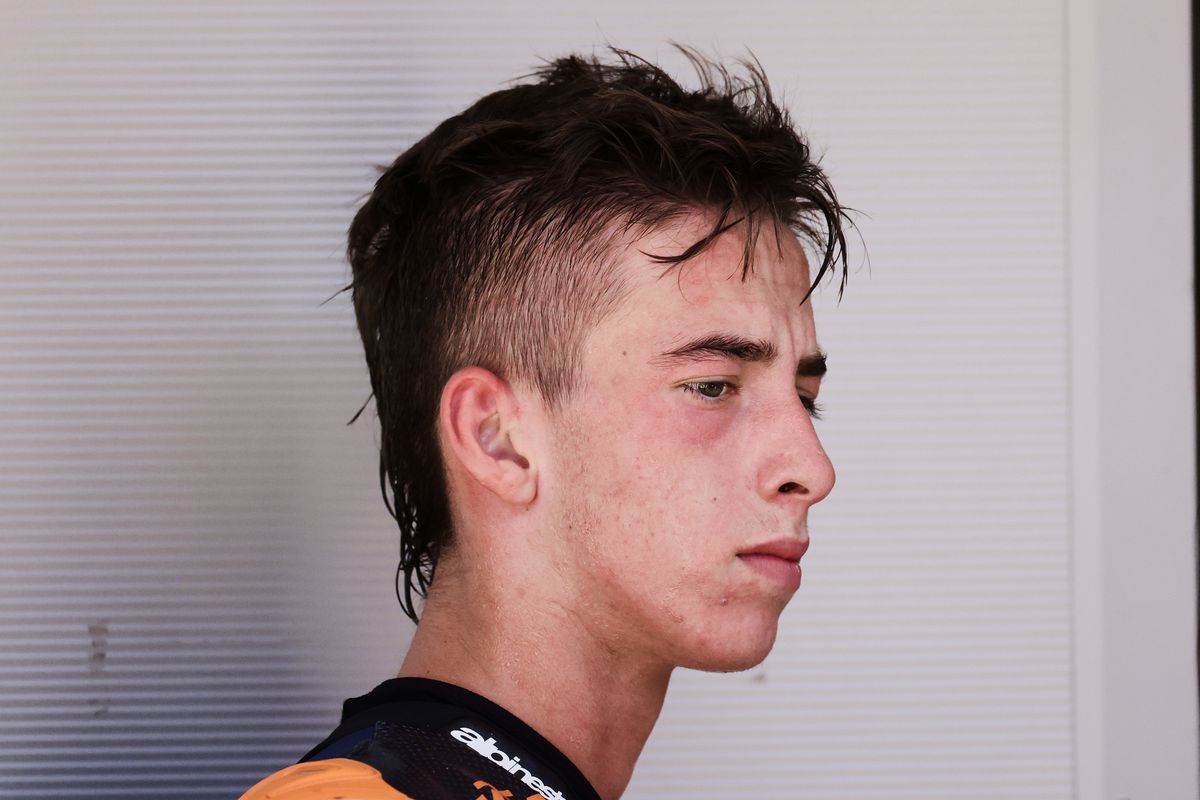 Pedro Acosta, one of the most promising figures in Spanish motorcycling, will not be able to compete in the Dutch GP after sustaining a femoral fracture in his left leg during motocross practice on Tuesday. The 18-year-old Murcian talent, who made his Moto2 debut this season, had just finished second at the Sachsenring after winning his first race in the intermediate category at Mugello on May 29.

As advanced The newspaper, the pilot will require surgery and early indications are that the fracture will be clean, which would reportedly speed up his recovery. This weekend’s appointment in Assen is the latest before the World Championship’s summer break, which will last more than a month before competition resumes at the British GP on August 7.

Acosta, who was crowned Moto3 Champion last year and walked into the paddock with his beaming smile and exuberant personality, chose not to travel directly to Assen from the Sachsenring. In contrast to other colleagues, since the races were held in consecutive weeks, the Murcian used this time to be able to prepare even better for the appointment in the Netherlands together with his familiar environment. The pilot will undergo surgery this Wednesday at the Dexeus Clinic in Barcelona, ​​his team has announced on social media. If everything goes according to plan, you can start again when you return from vacation.

🚨 BREAKING: @37_pedroacosta suffered a fall during training on Tuesday morning and fractured his left thigh. The Spaniard will have surgery tomorrow in Barcelona.

We’ll keep you posted tomorrow after the operation. pic.twitter.com/ZRxv5R6o5v

The Mazarrón man, after his second Moto2 podium in Germany, is eighth in the championship standings on 75 points, 58 points behind the competition leader, Italy’s Celestino Vietti. His Red Bull KTM Ajo team-mate, also Spaniard Augusto Fernández, was third in the standings after winning last weekend’s German GP.