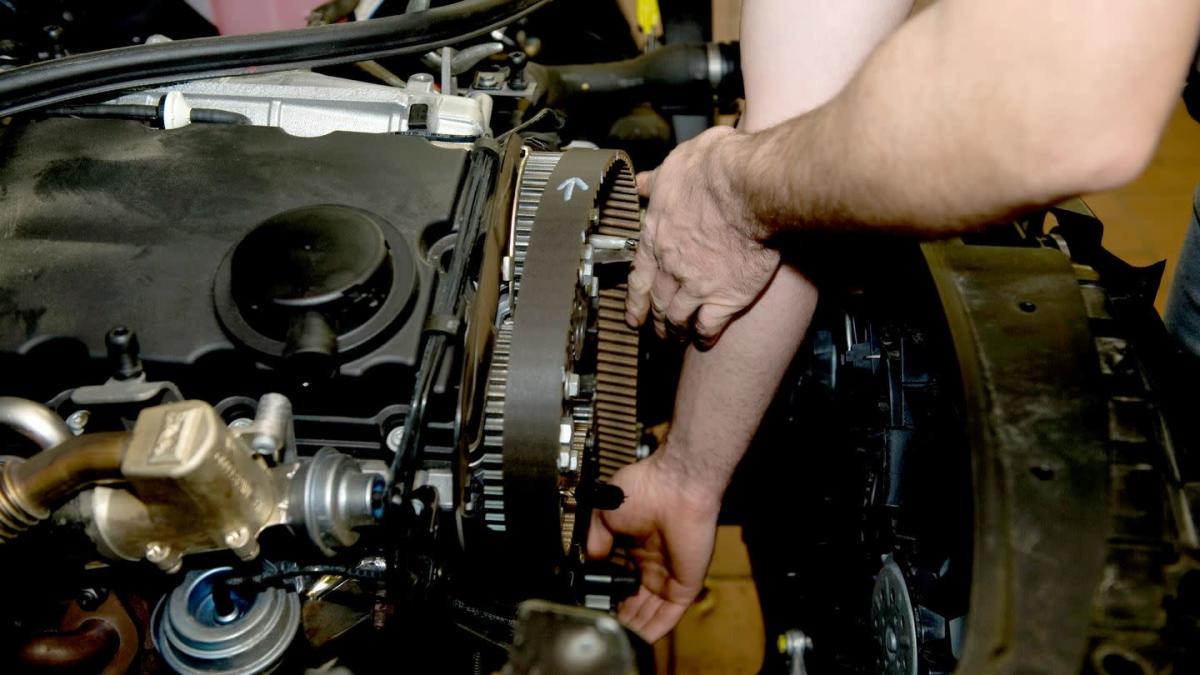 Munich (dpa/tmn) – Car fuel has become more expensive. But if you now want to save on maintenance, you are thinking wrong.

In the case of safety-relevant wear parts such as brakes, this is out of the question anyway. But it is also better to carry out the next timing belt change, advises TÜV Süd. In the worst case, a defect can mean major engine damage.

Unlike the V-belt, which drives auxiliary units such as the alternator, the timing belt primarily transmits the rotary motion of the crankshaft to the camshaft. This in turn opens and closes the valves. If the teeth or the entire belt breaks, the pistons can collide with the valves.

Not only the mileage is decisive

Each manufacturer specifies how often the timing belt should be changed for their models. Change intervals are usually between 60,000 and 250,000 kilometers traveled.

Even if you don’t drive much, you may need to change your belt. Because the strap material, which is often made of special plastics with steel wire and fiberglass inserts, ages and can become porous. TÜV Süd therefore recommends at least one visual inspection as part of the workshop inspection. As a general rule, the first change should be made after about six years.

Costs vary from car to car.

What a change costs varies from model to model. The price of this is usually around 300 and 750 euros. Therefore, it may be worthwhile to obtain several cost estimates.

If you want to buy a used car, it is better to read the inspection book or the workshop invoices well beforehand to avoid later costs.

Cars that use a timing chain instead of a belt are also not necessarily safe for the life of the engine. A rattle when starting and idling can indicate a weak chain.

Here, too, the TÜV Süd recommends checking the timing chain regularly from higher mileages, even if the manufacturer does not provide any information on this. The engine oil ensures that they are lubricated: Therefore, pay close attention to the change intervals and the type of oil recommended.