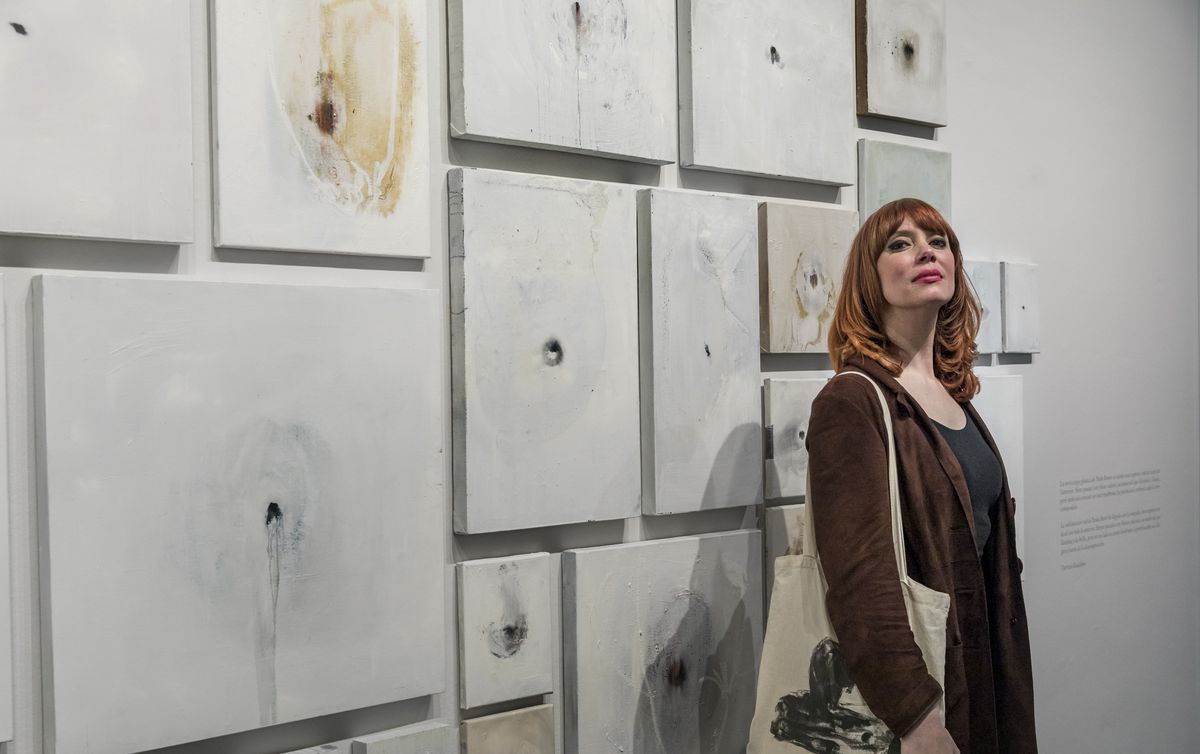 The artist and writer Paula Bonet has decided to withdraw from public life. has confirmed it from your Instagram account. “A few days before the trial, the man who molested me was released, so in order to maintain my safety, I must limit my public presence, as I have been advised.” Bonet, who is responsible for all immediate presentation events related to the doctorate canceled his latest book The Eel Diaries (Anagrama, 2022), referred to the case of repeated harassment from which he has been suffering for several years. A situation that has prompted her to move home and close her workshop in Barcelona, ​​where the man has appeared several times after finding out his whereabouts and skipping the restraining orders imposed on him by a judge.

After spending eight months in prison, the man who threatened to rape, assault and even kill her has been released pending a trial early next month. Meanwhile, Bonet was advised to minimize her public presence for her own safety, and mechanisms to protect her were activated. “The victim is being endangered,” denounced Bonet’s attorney Carla Vall i Duran, who currently serves as the artist’s spokesperson. “The provincial court alludes that there was never any physical aggression, but the threats of physical harm, rape and even murder were perfectly real in a manifesto she published herself and is public to all. I understand that Paula is scared to death, I would be too,” says the criminal defense attorney, who met with the woman concerned this Thursday after the announcement of the release of her stalker.

“As long as I bump into you, I will rape and dismember you to please all the vagabonds that roam the streets of Barcelona” or “If you prefer, you can be this stalker, rapist, torturer and psychopath; You will only be raped until you have had your third abortion,” are just a few of the threats the man made towards the artist. A continuous harassment exercised from the virtual sphere (via emails or messages on social networks) to the physical, since the man has appeared several times in his workplace, in lectures or in workshops of the painter and engraver, skipping the restraint has orders, and where Bonet would always call 911 and wait for security to arrive.

“Honestly, there is a risk that he will continue to harass Paula, that has always been a constant,” warns her lawyer. Vall clarifies that it wouldn’t be the first time this man has returned to besiege her after being imprisoned. “It had happened before. He was released and whenever he had the opportunity he has followed it after he was in prison,” he clarifies.

The judge ordered the man’s detention in October last year, the same month Bonet revealed on his Instagram that he was finally allowed to put his name on the facade of his workshop: “We will paint the blinds and write our name . We will present ourselves as an orange tree and no longer hide. We know we own ourselves,” she wrote. On Thursday, following the release of his harasser again, he had to step down from his public presence again for security reasons. Her lawyer assures that she has no choice but to stay in the public space until the trial Background, away from the public, waiting for her: “We no longer have the right to appeal until the trial, that’s the only solution.”