Paul Pogba reveals he has depression 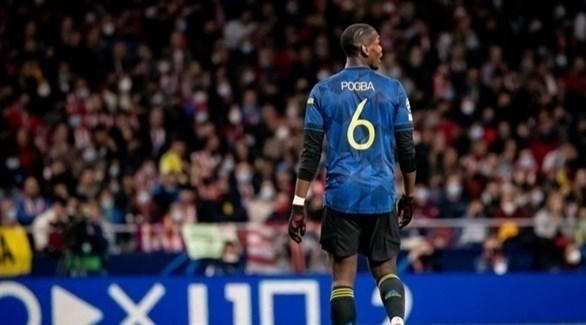 Manchester United football star Paul Pogba has revealed the details of his suffering from bouts of depression during his professional career.

Pogba, crowned with the French team’s World Cup title, had become the world’s most expensive player for some time when Manchester United signed him back in August 2016 from Juventus.

Pogba faced the lion’s share of criticism for a period due to Manchester United’s fluctuating performance, and has not capped any major titles with the team since winning the League Cup and Europa League with him in 2017.

Speaking to Le Figaro newspaper while with the French national team, Pogba revealed that he had to deal with personal crises off the pitch.

“I’ve been depressed throughout my career, but we won’t talk about it,” the French star explained.

“Sometimes you don’t know you have this, you also want to isolate yourself and be alone. They are unmistakable signs,” she added.

Pogba explained that he noticed his suffering began during José Mourinho’s tenure as Manchester United manager.

The relationship between Pogba and Mourinho became strained during the latter’s tenure as Manchester manager, with Pogba losing his job as the team’s second captain in September 2018.

“The suffering started when I was playing with Jose Mourinho at United,” Pogba said.

He added that at a time like this: “You ask yourself questions, and you wonder if I was wrong, because you have not lived those moments in your life.”

Pogba pointed out that the wealth and accolades enjoyed by the professional footballer do not prevent the players from having a difficult time.

“All high-level athletes have these moments, but very few talk about them,” Pogba said. feel good. But there’s no need to say it publicly. In any case.”

He added, “We make a lot of money and we don’t really complain, but this doesn’t mean we can go through harder times than everyone else. We’re just like everyone else.”

He continued: “Does making money always make you happy? It doesn’t. In football we are not superheroes, we are human beings.”