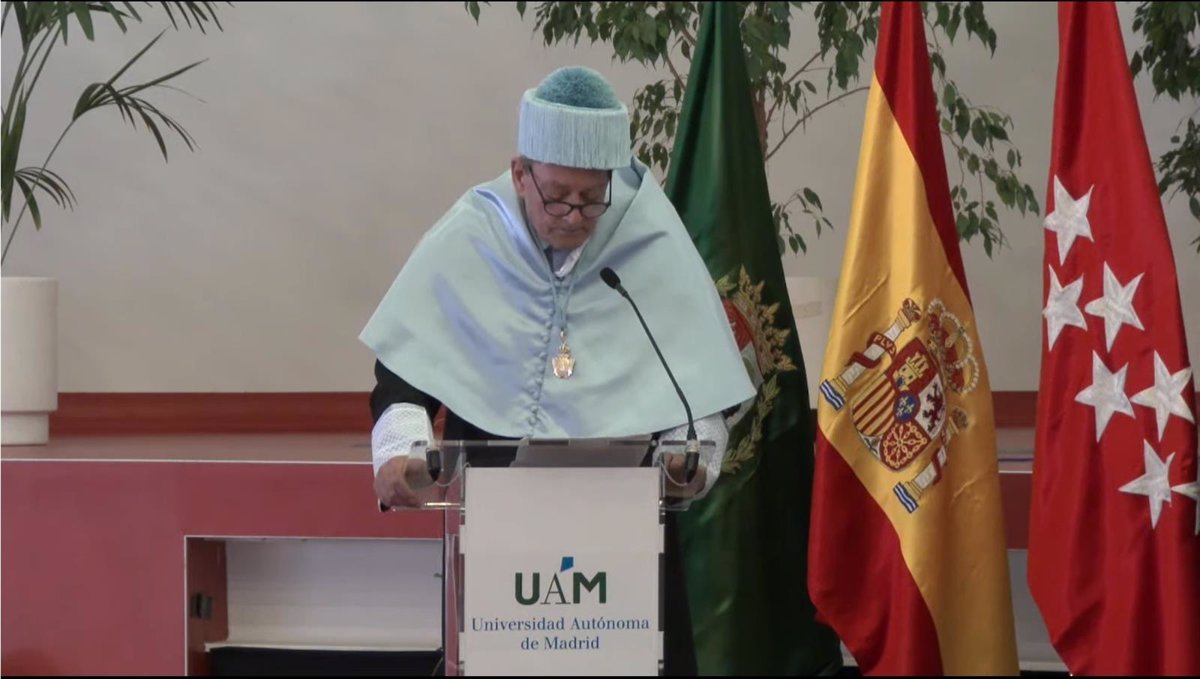 That Autonomous University of Madrid (UAM) campaigned as an honorary doctorate for the writer this Thursday Paul Auster and the historian Richard L Kagan during a formal academic ceremony presided over by Rector Amaya Mendikoetxea. Both candidatures were supported by the University’s Faculty of Philosophy.

In his speech after receiving an honorary doctorate from Madrid University, Auster lamented the “devastation” caused by the Russian invasion of Ukraine.

“The Russian invasion of Ukraine is entering its fifth month, a devastation not seen in Europe since World War II.“, emphasized the author, who was “very grateful” for the recognition by the university.

The author, who received the symbols of the award-winning hat (a ring, white gloves and the science book), joked before his speech: “Look at me, what would my mother think!”

Novelist, poet and screenwriter Paul Auster has been one of the most recognized contemporary American authors since the publication of his novel The Invention of Loneliness in 1982, the university center said in a statement.

The author of works like “New York Trilogy” and “The Moon Palace” He is also passionate about cinema, where he has worked as a screenwriter (“The Music of Chance”, “Smoke”) and as a director (“Lulu on the Bridge”). Auster received the Prince of Asturias Prize for Literature in 2006 and has been a Knight of the French Order of Arts and Letters since 1992.

The person responsible for naming Auster’s merits was Professor Laura Arce, godmother to the writer’s candidacy, who highlighted that he “revealed the values ​​of humanism as a creator and literary critic” as well as his “connection with European culture , his engagement and his critical vision of contemporary societies”. “He is one of the most influential North American writers in European literature.‘ he assured.

During his speech, Arce recalled the anecdote that led Auster to become a writer, about not being able to get his baseball idol’s autograph when he was eight years old because he didn’t have a pen with him. Here’s how he recalled the words of Auster himself: “After that night I started carrying a pencil with me wherever I went. If you carry a pencil in your pocket, there’s a good chance you’ll be tempted to use it one day..

On the other hand, the historian, professor and essayist Richard L. Kagan is a Hispanist specializing in Habsburg Spain. After graduating from Columbia University, Kagan received his PhD from Cambridge University with a dissertation on Habsburg Spain, supervised by historian John H. Elliot.

Kagan has spoken of “immense joy” and “unique honor” in his recognition. He also voiced his “deep gratitude” to his godfather Professor Antonio Álvarez Osorio.

As he began pondering the topic of his presentation this Thursday a few weeks ago, Kagan noted that other honorees gave a presentation that was autobiographical or “looking back to take stock that situates their own work.” “For my part, I thought it would be more interesting to give you a brief introduction to the history of Philadelphia, the city where I have lived since I retired.‘ he said.

The historian is a professor at Johns Hopkins University and has published numerous works throughout his career, including Lucrecia’s Dreams, Urban Images of the Hispanic World, and The Chroniclers and the Crown.

Professor Antonio Álvarez Osorio was responsible for listing Kagan’s merits and his major scholarly contributions in the field of humanistic studies.

Álvarez Osorio recalled this in his speech “His family’s journey is similar to that of so many who were forced to leave their homes and move to the United States in search of a new life in the early 20th century.“.

He explained that the Kagans left Ukraine “just before wars and totalitarianism ravaged much of Europe for decades.” “One can speculate to what extent this family exodus might influence Professor Kagan’s understanding of societal processes and historical analysis, as well as as his particular sensitivity towards the stigmatized and persecuted groups over the centuries‘ he specified.