Parliamentarian: the children of the United Arab Emirates are the wealth of the future 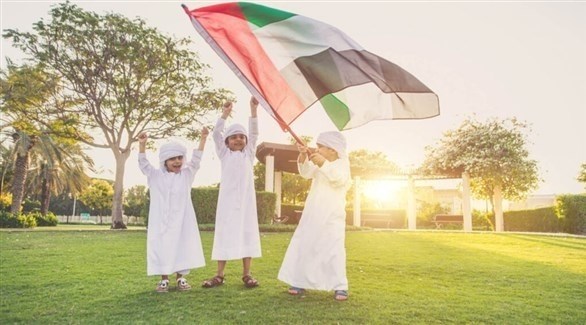 UAE Federal National Council Member, Deputy Speaker of the Arab Parliament Muhammad Al Yamahi praised the efforts of Sheikha Fatima bint Mubarak, President of the General Women’s Union, President of the Supreme Council for Motherhood and Childhood and President Supreme Leader of the Family Development Foundation, “Mother of the Emirates”, Sheikha Fatima bint Mubarak, for her interest in childhood and her enthusiasm for raising a healthy generation to be the core of builders and future leaders. The children of the UAE are the wealth of the future. and the men and women of tomorrow, to complete the process of nation building.

Al Yamahi stressed, in a statement to 24, that “the designation of the Emirati Children’s Day on March 15 of each year is a national occasion to celebrate the achievements of the United Arab Emirates in child care and their basic rights to protection, care, support”. and empowerment, and the provision of health and education, care and education that contribute to their healthy formation, because children are the builders of the nation, and its cornerstone”.

UAE Parliament for the Child
He explained that “the UAE is one of the first countries that worked to empower youth and paid attention to children, by establishing the UAE Parliament for the Child on March 15, 2020, which simulates the Federal National Council in its specializations. and the number of its members, in line with the political empowerment program launched by the President of the State, Sheikh Khalifa bin Zayed.” Al Nahyan, under the patronage of Sheikha Fatima bint Mubarak, which confirms the enthusiasm of the state to create a strong infrastructure for the child to enable him to participate in the development process of the state.

Law of the rights of the child
Al Yamahi said: “The UAE Children’s Day is an affirmation of our wise government’s approach to caring for all spectrums of society, granting them all their rights, providing them with a quality of life and empowering them at all levels, and out of the importance of providing protection and care to the Emirati child, Sheikh Khalifa bin Zayed Al Nahyan enacted the “Wadima” Child Rights Law “Whose articles include the preservation of the child’s right to a dignified life and survival, and protection against all forms of violence and exploitation.”

He pointed out that “article 27 of the state constitution stipulates that education is compulsory at the primary level and free at all levels, and the constitution guarantees health care for all members of society. The United Arab Emirates is one of the first countries to adhere to the Convention on the Rights of the Child since December 15, 1996.