Parliament for 24: UAE and Egypt have historical and strategic brotherly relations 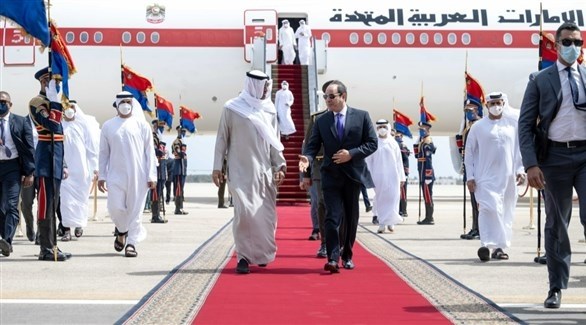 The member of the Federal National Council, Youssef Al-Batran, stressed that the visit to Egypt of the Crown Prince of Abu Dhabi and Deputy Supreme Commander of the Armed Forces, Sheikh Mohammed bin Zayed Al Nahyan, confirms the depth of the historical, fraternal and strategic relations between the two countries, which are based on awareness and a common understanding of the nature of the regional and international changes that have been witnessed and witnessed.

Al-Batran noted, via 24, that “Egyptian-Emirati relations are a model for Arab relations, in terms of their strength and durability, and their establishment on firm foundations of mutual respect and appreciation, and common interests, in addition of being stable relations that grow significantly, day after day, between the two countries, the government and the people, and in a parallel line, with identical visions in many files related to the security of the region”.

international position
He added: “The UAE, led by President Sheikh Khalifa bin Zayed Al Nahyan, and Egypt, led by President Abdel Fattah Al-Sisi, enjoy a special international presence and prestige, with their policies characterized by wise and moderate orientations and positions. clear in addressing regional challenges related to peacemaking, supporting efforts to stabilize the region and combat extremism and terrorism, and promoting dialogue among civilizations and cultures.

strengthening relationships
Al-Batran stressed that “Sheikh Mohammed bin Zayed Al Nahyan’s visit to Egypt is important to strengthen the fraternal relations between the two countries in all political, regional and international fields, and will cement it for an important stage in strategic relations, like the United Arab Emirates and Egypt are partners in the stability of the region.