Palestinians elect their representatives in the West Bank municipal councils 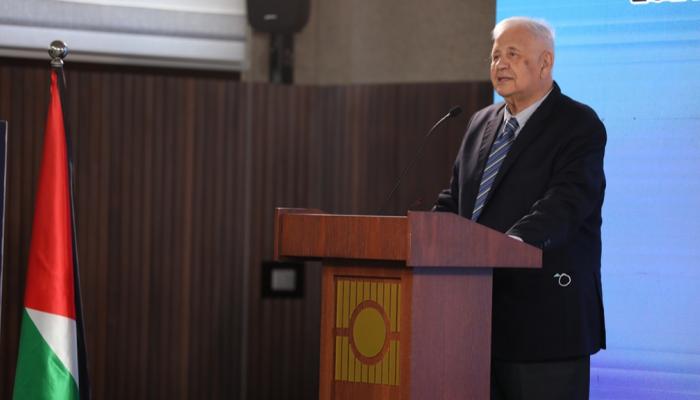 On Saturday, the Palestinians elect their representatives in the municipal councils of the West Bank, with the undeclared participation of the “Hamas” movement, which prevented the elections in Gaza.

The elections, which began this morning and will end in the evening, are the second phase of local elections, after the first phase included West Bank towns.

Saturday’s elections are important because they are taking place in West Bank cities including Ramallah, Nablus, Hebron, Bethlehem, Tulkarem, Jenin and Al-Bireh.

The head of the Palestinian Central Election Committee, Hanna Nasser, said that there is a remarkable turnout at the polls in the second phase of the elections, which are being held in 50 local bodies in all West Bank governorates.

The polling stations opened their doors in the morning, to be closed this afternoon, while the preliminary results will be announced tomorrow, Sunday.

Dr. Nasser indicated that the number of eligible voters in this stage amounts to 715,413 male and female voters, who can vote in 315 centers that contain 1,203 ballot boxes, while the personnel working in these centers exceeds 6,700 male and female employees.

He indicated that in the 50 local bodies that vote today, 234 electoral lists have been presented, which include 2,306 candidates; 27% of them are women, all competing for 632 seats.

Dr. Nasser noted that the voting and counting process will take place with the presence of more than 2,600 local observers, 300 international observers and guests, and more than 5,300 agents from the projection electoral lists.

Among the voters, 13,000 determined people and 49,000 elderly people over 65 years of age will vote on the ground floors of the polling stations.

Measures have been taken to ensure distancing to prevent Corona virus.

The first phase of the 2021 local elections, which took place at the end of last year, took place in 154 local authorities from all West Bank governorates without the participation of our people in the Gaza Strip, due to Hamas’s refusal to celebrate them in both stages.

The observers told “Al-Ain News” that despite the “Hamas” movement’s announcement to boycott the elections, its participation is tangible, although not public, through the emergence of lists close to or supported by it.

Observers noted a clear effort by the “Hamas” movement to abandon the candidates of the “Fatah” movement.

The “Hamas” movement prevented the elections in the Gaza Strip alleging that the presidential and legislative elections, scheduled for the middle of last year, were not held and that the Palestinian Authority postponed them indefinitely after Israel’s refusal to hold them in East Jerusalem.