Palestine criticizes the “duplicity” of the international community 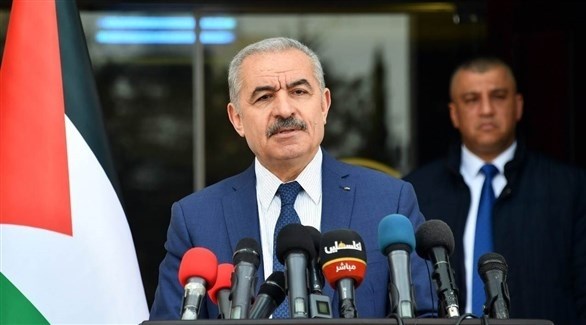 On Monday, Palestinian Prime Minister Muhammad Shtayyeh called on the US administration to implement its commitments to the Palestinians and open a political dialogue between the two sides.

Shtayyeh stressed in a statement after receiving US envoy Hadi Amr in Ramallah: “The need to have the political will to support the Palestinian side and implement the promises, especially regarding the reopening of the US consulate in Jerusalem to preserve the settlement of two states”. .”

According to the statement, the two sides discussed the need to move forward to break the current political deadlock and stop Israeli measures against the Palestinian people.

Shtayyeh said: “There is a general feeling of anger in Palestine, due to the continuous Israeli attacks and incursions and settler terror, and due to the double standards in the application of international law and the movement of the international community.”

The Palestinian prime minister called for the need to promote a political path, emphasizing that any “improvement in the affairs of life is important, but it does not replace a political horizon.”

Shtayyeh called on the US administration to pressure Israel to abide by the agreements signed to launch the political archive, and for this to be an entry point for discussion on many issues, including holding national elections in all governorates, including Jerusalem.

Shtayyeh briefed the US envoy on the Palestinian Authority’s financial and economic challenges “due to outside influences, illegal Israeli deductions from Palestinian tax funds, and declining international support.”

Shtayyeh stated: “The economic reports from the International Monetary Fund and the World Bank clearly indicate that all the financial reforms we are making will not solve our crisis as long as Israel continues to cut our money and international aid continues to decrease.”

Earlier, the US envoy met with a member of the Executive Committee of the Palestine Liberation Organization, Hussein Al-Sheikh, to discuss “many files, including bilateral or related to the situation with Israel and regional and international issues.” .

In a post-meeting statement, the Sheikh considered that “the credibility of the international community is at stake, and international legitimacy should not be divided and double standards in the implementation of UN resolutions, and that it is time to implement those decisions and abandon the Israeli occupation of our land.