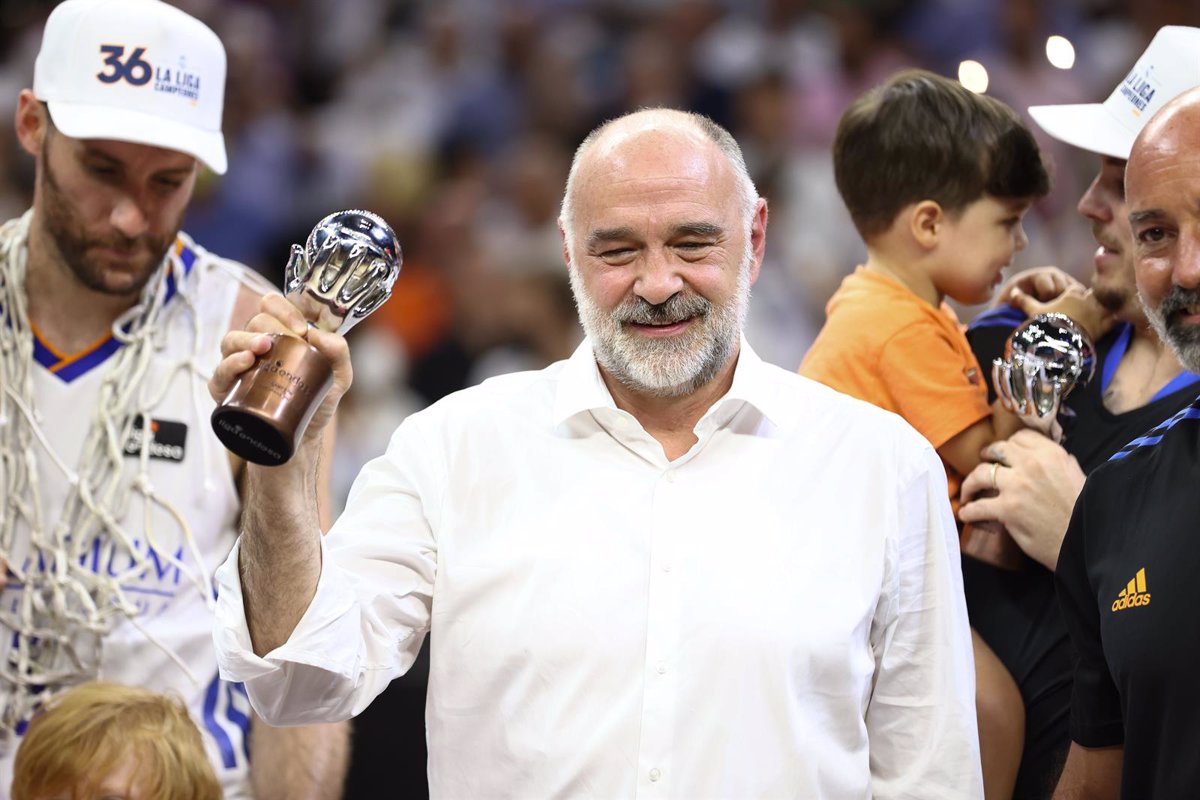 The Yankees’ fireworks that July 4th didn’t make as much noise as Pablo Laso’s departure from Real Madrid basketball. The coach who managed and won the most games in the club’s history, who was able to turn the fate of the basketball department into a sleeping giant, who had not played in a European Cup final for almost 20 years.

“The club belongs to the members”, “the fan (like the customer) is sovereign”… These are phrases from the world of sport when the peculiarities of each one allow it, but the truth is that many Real Madrid fans I went to sleep last night contemplating a controversial and transcendent ending to the cycle.

Laso suffered a heart attack after the second Endesa League semi-final game against Baskonia, leaving the team in the hands of his assistant Chus Mateo until the fourth and final game of the final against Barça three weeks ago, that of his 22nd title in 11 years. The Whites decided yesterday to be without the Basque coach “solely and exclusively for medical reasons” after several consultations with cardiologists.

However, the manager, with one year left on contract, wanted and felt qualified to continue. It seems logical to think that Laso, along with his family, is the first to take an interest in his health and listen to the doctors. Sport has these twists and turns, like life itself, and it’s not the first bitter farewell in Madrid. Great characters, hence making as much noise as they fall like those firecrackers in the US.

Real Madrid’s concern for Laso’s health is understandable, but the manager’s ‘sadness’ over the club’s position, according to a farewell statement that hardly lives up to legend, is even more so. When he wakes up today, the Whites fan will read on most media that Laso had the approval of the cardiologist who intervened with him, also that of the team before he was released last week, and that his end of cycle is orchestrated by José Luis Sánchez, head of Madrid’s basketball department.

There are no more fireworks, but the smell of the scorching, of taking advantage of the situation to vent accumulated grudges, leaves an elusive and totally unexpected crisis waiting to hear Pablo Laso’s version from his lips. Whether things go well or badly in the sport, time will tell, but Basketball Madrid is waiving its savior who made it the “10-time European champion”. A leader capable of building teams, uniting in the face of adversity, and winning and winning.

Three weeks ago “Pablo Laso’s Real Madrid”, as Chus Mateo called it and this era will be remembered for the most part successfully and attractively, lifted the league with a wing cut from Barça. A recognizable Madrid that always wants to run, play and above all compete. Now, after a historic season, a minute away from also winning the Euroleague, the board decapitates a team with capital letters, for whatever reason, when it came to the perfect community in the palace and against the eternal rival.