Ozuna heads to the Braves after domestic violence ban ends 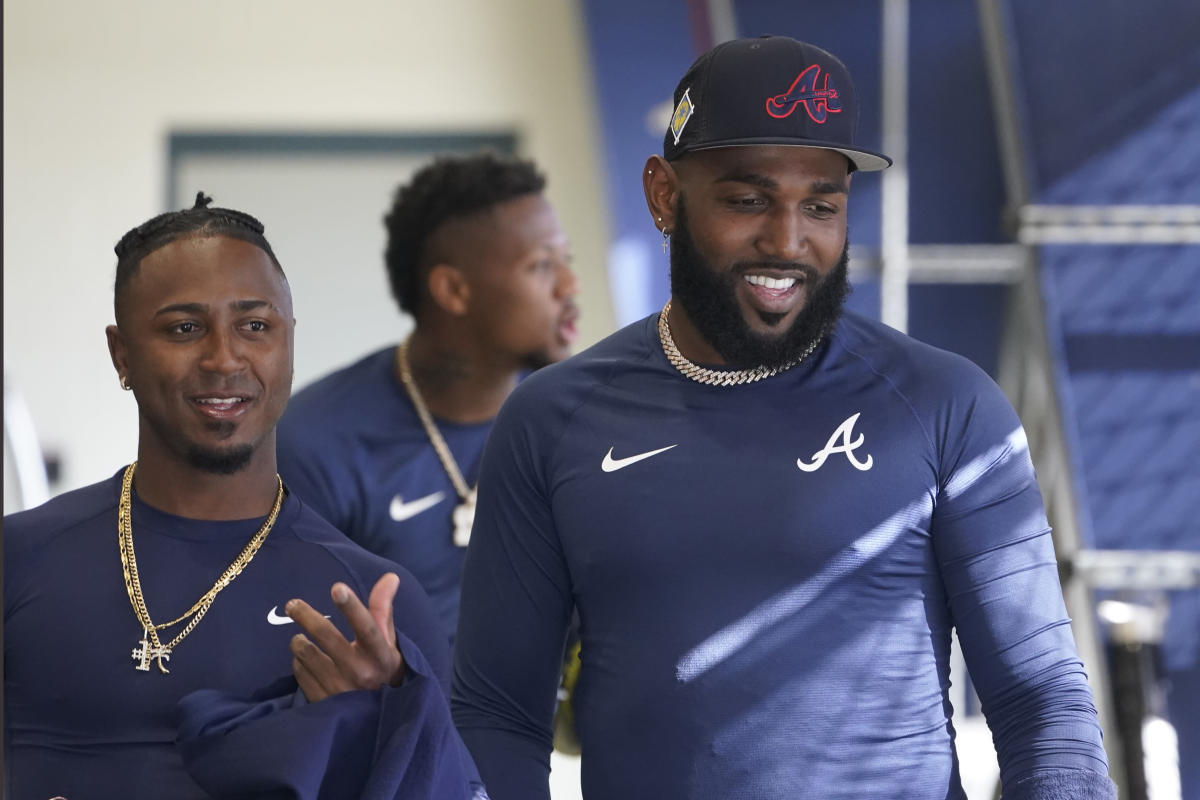 VENICE, Fla. (AP) — Atlanta Braves outfielder Marcell Ozuna says he has spoken to his teammates and regrets an arrest last year on charges of aggravated chokehold and battery. after police officers said they saw him attack his wife.

Ozuna returned to the team this week for the first time since his arrest on May 29. He was placed on administrative leave during Major League Baseball’s investigation and missed Atlanta’s World Series championship last fall.

MLB retroactively suspended the 31-year-old for 20 games under its domestic violence policy in November, allowing him to return for the start of the 2022 season.

“Yes, I spoke with my team,” Ozuna said Monday, the first day of preseason training with the full team. “I talked to my team and said, ‘I’m sorry, I made a mistake.'”

Ozuna was greeted by his teammates in the clubhouse on Monday and several Latino players gathered around his locker before practice began, just like old times.

Police body camera footage obtained by TMZ Sports two days after MLB announced his suspension appeared to show Ozuna grabbing his wife’s neck as officers arrived at his home in Georiga. The Sandy Springs Police Department said in a statement in May that it also observed Ozuna throwing her against a wall and hitting her with the cast on her injured left hand.

Ozuna said he has completed the requirements of a pretrial diversion program, a condition provided by the Fulton County district attorney’s office for charges to be dropped. The program included 3 to 6 months of supervision. Ozuna was also ordered to complete a 24-week family violence intervention program, at least 200 hours of community service, and an anger management course.

Ozuna said he is now “on the same page” with his family. She said that she didn’t think she had spent time alone with her three children before last summer and she has been taking them to the playground and to toy stores.

Ozuna said he hoped the public could forgive him.

Ozuna was specifically asked what he would say to fans who are also victims of domestic violence.

“I’m just telling you, just treat me like the person I was before,” he said. “I was an amazing person on the field. So I want to be like this. I’m going to give you my smile. If they think this is not the time to give me a good crowd, that’s fine.”

Ozuna’s suspension cost him $1.55 million of his $12 million salary last season. He is entering the second year of a $65 million, four-year deal with the Braves.

Star outfielder Ronald Acuña Jr. also returned to the club this week after tearing his right ACL in July.

The 2018 NL Rookie of the Year said the rehab process was difficult, doubly so because it put him out of the World Series championship race.

When asked where he is with his power and strength, Acuña estimated that he is at 95%. He said he has resumed baserunning and defensive drills, but that he will wait for the green light from the coaches and medical staff before returning to game action.

“If it were up to me, I’d say I’d be ready for opening day,” he said through an interpreter. “But we all know that it is not my decision. So either way, I’ll be ready. ”

Atlanta has not set a timetable for Acuna’s return.