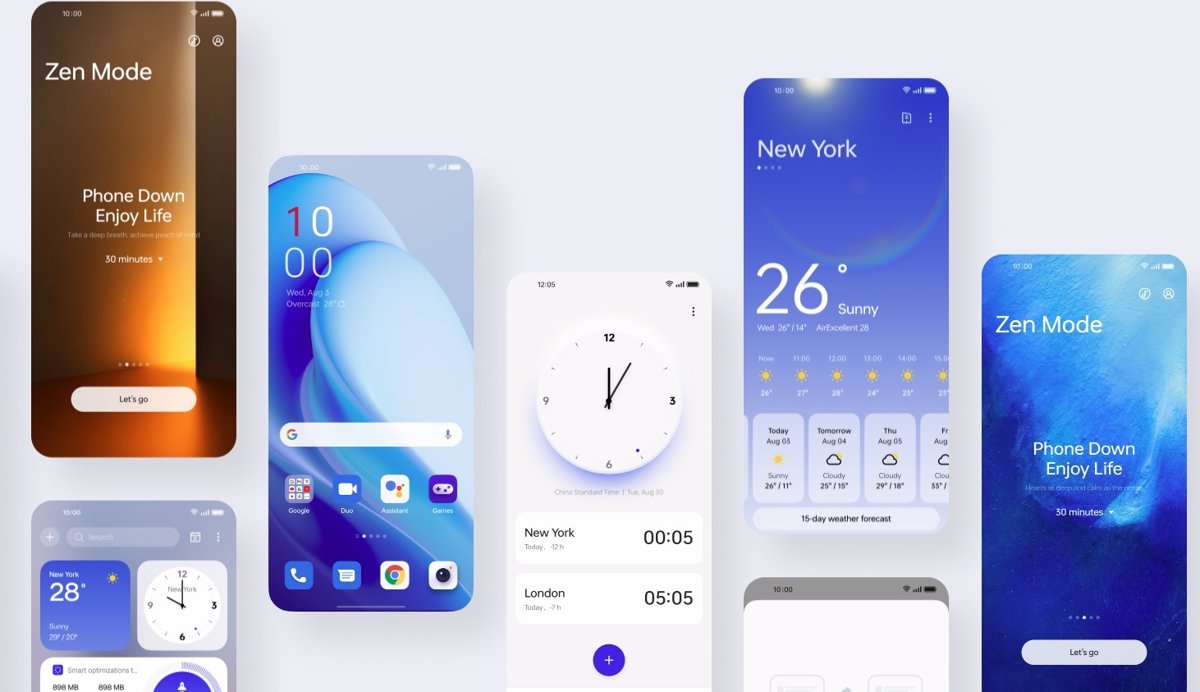 a plus has introduced the new version of its customization layer, Oxygen OS 13which will soon debut in the model OnePlus 10 Pro 5G and it will bring new features like improved performance and a minimalist, nature-inspired user interface.

In mid-February, the Chinese technology company confirmed that it was still working on it Oxygen OS 13based on Android 13, although it announced in 2021 that its flagship would debut in 2022 with a different operating system.

As OnePlus announced at the end of July, the company has integrated the next generation of its operating system into the new OnePlus 10 Pro 5G thanks to an open beta available for download soon.

OxygenOS 13 features a nature-based aesthetic called Aquamorphic, inspired by a calming and minimalist design highlighted by softer, rounded edges. Additionally, the colors change to adapt to the time of day the device is being used, and the “widgets” promise to be more accessible with a long press.

The new iteration of OxygenOS also includes performance improvements thanks AI system booster. This technology makes it possible to suspend several “apps” at the same time in order to be able to switch from one to another and offer a smoother experience.

OxygenOS 13 also offers different always-on display models or Always on Display (AOD), which show notifications like time or battery status without using too much energy and which now offer a higher level of customization.

OnePlus has also released other new features of its new customization layer aimed at greater usability. This is the case with Smart launcher and sidebar toolbox.

Smart Launcher provides faster access to apps in folders with larger icons on the home screen. In addition, it also offers the possibility of adding “widgets” of the applications preferred or most used by the user.

The Sidebar Toolbox, for its part, offers easier access to all applications. Likewise, The user is offered the opportunity to customize the “apps” that appear in this tool.

OxygenOS 13 also takes video game performance into account hyperboostan engine that integrates a series of features aimed at increasing playable performance by reducing frame rate fluctuations and improving the device’s responsiveness to touch, among other things.

The sound improvement is also present in the new OnePlus through sound technologies, among which are Spatial Audio, Dolby Atmos, Fast Pair and Audio Switch.

The first of these, Spatial Audio, allows you to adjust the direction of the sound in different “apps” to get the best experience. On the other hand, OxygenOS 13 support for Dolby Atmos offers a wider sound field and more accurate spatial perception of the sound.

In the case of Fast Pair, this feature makes it faster and easier to connect a device to compatible wireless headphones, headsets, smart TVs, and more. Audio Switch allows the user to switch seamlessly from one audio device to another for a smoother sound transition.

OxygenOS 13 also includes two content sharing features: Nearby sharing and app streaming. The first allows you to transfer content between Android and Windows devices more easily and quickly. The other offers the possibility to transfer the contents of the “smartphone” screen to other devices ChromeOS nearby.

Privacy and security are also present in OxygenOS 13. First of all, this new version automatically warns the user about those “apps” and downloads that could pose a risk to their device.

This new iteration of the OnePlus operating system also promises to shield the location of the “smartphone”, even when connected to a public WiFi network and free access.

OxygenOS 13 also debuts a new version of the security feature Private safewhich protects data, documents and files in a virtual safe so that other applications cannot access them.

OnePlus has offered a calendar with dates for the devices that integrate OxygenOS 13 or are eligible for an update to OxygenOS 13. The new customization layer will soon be rolling out on the OnePlus 10 Pro 5G, before making its way to the OnePlus 10T later in the year.