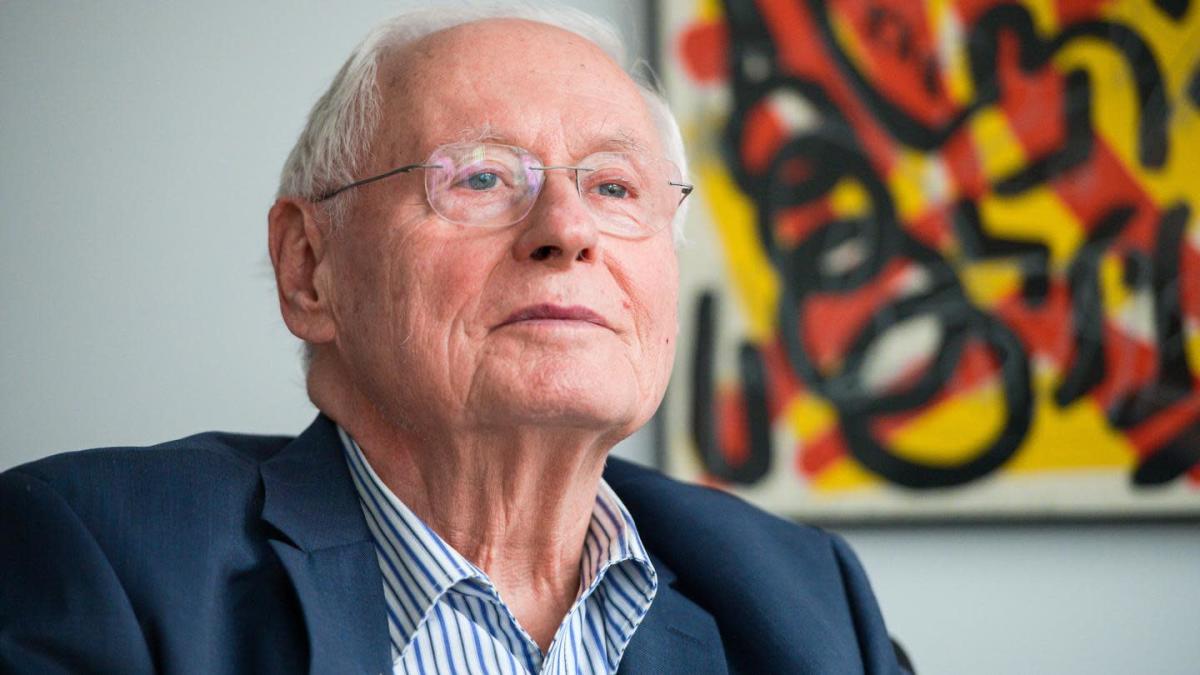 Shortly before the elections in Saarland, Oskar Lafontaine left the Left Party. The explosion has a method: in the end, the ego always triumphed over talent.

There are people whose ego is so big that if they fail, the whole world must go down with them. In the case of Oskar Lafontaine, it is the world to the left of the Saarland, a cosmos that he himself created 17 years ago. Ten days before the state elections in the Saar, Lafontaine has now declared his resignation from his job and thus drastically increased the probability that his youngest former party will be expelled from the state parliament on March 27 (in the polls, last time it was 5.5 percent). That sounds somehow familiar.

Lafontaine has a method to cause as much damage as possible with the lead. In March 1999, after a heated argument with then Chancellor Gerhard Schröder over the direction of the red-green federal government, he resigned as finance minister and resigned as chairman of his future first former party, the SPD. Six months after his father’s withdrawal, the Saar Social Democrats lost the state elections they had already won. With the repeat of the wrecking ball takedown, Lafontaine finally turns rebellious at the ripe old age of 78. demolition man of German politics: where he resigns, the grass will no longer grow. And certainly not electoral successes.

Side by side with Gerhard Schröder

The irony of fate, combined with the murderous cynicism of Vladimir Putin, means that Lafontaine now, if not side by side, then almost at the same time, has to walk the blighted landscape of Social Democratic races with his nemesis Gerhard Schröder. One because he always knew everything better than the others, and the other because he always wanted to win as much as little. Schröder and Lafontaine, who once brought the SPD to power in 1998 as the personification of the campaign slogan “Innovation and Justice”, now end up being “reaction and self-enrichment”. A left nationalist Lafontaine, who in 2015 pitted low-income Germans against Syrian refugees and now sees no reason in Putin’s war against Ukraine to even reconsider old certainties of his, for him rather: eternal truths. And an unscrupulous Schröder, who sought the company of an authoritarian ruler to enrich his political career in such a way that he too could feel it in his own wallet. Why not, he used to say.

Politically, Lafontaine is certainly a more interesting case than Schröder, considered by many, even those who disliked him, to be the greatest political talent of his generation. He demonstrated this at an early age, when he distinguished himself from his own party leadership with more right-wing positions (reduced working hours without full salary compensation) and at the same time earned a reputation as a convinced leftist. You have to get it right first.

Over the course of his long political career, Lafontaine showed that he could do many things that others dared not even attempt: insult his own chancellor (he once said of Helmut Schmidt that he had secondary virtues that could also be used to deliver speeches toppling to the chairmen of the SPD (Rudolf Scharping 1995 at the Mannheim party conference), predicting the devastating effects of unleashed finance capitalism (one of the reasons for his fight with Schröder and subsequent withdrawal), he simply failed to win the federal elections. Unlike Schroeder.

The main reason why Lafontaine failed to win the hearts of voters outside the Saar, who had always flown to him in his homeland, was that his appearances, his speeches, his statements and his interjections were always accompanied by an impudence that en It is still evident today that social democratic leaders were once described as “melomaniacs”. Some of this shines through in the written statement he sent after leaving the left. According to the social profile, “the principles of the peace policy of the left must now also be cleared,” Lafontaine wrote in it. After Russia’s illegal attack on Ukraine, leading party members spoke out in favor of increased spending on weapons and large arms deliveries. For Lafontaine, this was a betrayal of the party’s “foundational consensus on peace policy.” Motto: What bothers me about a war of aggression in the middle of Europe, what bothers me about the growing aggressiveness of a dictator with nuclear weapons, what bothers me about a new reality? Where I have my principles. I do not have to adapt to this new reality, but to MY principles.

In Silwingen, Saarland, a very nice place right on the German-French border, Lafontaine will now spend his life as a political retiree with no party, together with Sarah Wagenknecht, a woman who is all too familiar with the political rubble. The two of them will have plenty of time to think about why the greatest political talent of one generation could hang out with perhaps the greatest political talent of another generation, but the two of them together became outcasts of the political cosmos. But one thing will certainly not happen: Gerhard Schröder will come with a bottle of Krimsekt under his arm to clean up the debris. Very bad actually.

Updated with year corrected at the Mannheim Party Congress.