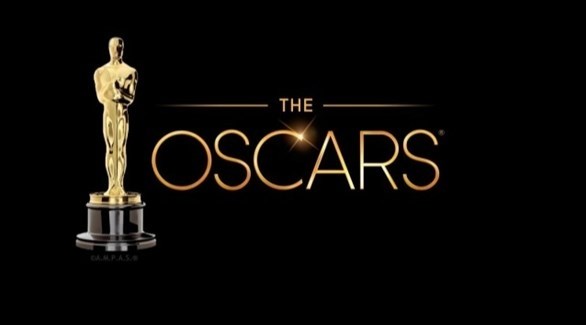 It is not yet clear if and, if so, how, the subject of the Russian invasion of Ukraine will be addressed during the Oscars ceremony on Sunday night, and Hollywood is still confused on how to approach the matter.

Previously, several stars did not hesitate to address political issues during the Oscars, and their positions were praised, as did Leonardo DiCaprio, for example, in addressing the climate crisis, while Joaquin Phoenix criticized the artificial insemination of cows.

“It really depends on how you approach it,” said Scott Feinberg, awards expert for the Hollywood Reporter.

“If the speaker gives the impression that he is doing a propaganda campaign or giving a lesson, then things will not go well. But if he is sincere and meaningful, the result may be different”.

Ukrainian-born actress Mila Kunis and her husband Ashton Kutcher are two examples of Hollywood stars who have put their fame at the service of the Ukrainian cause.

The couple’s GoFundMe fundraising page has so far raised more than $35 million to fund emergency aid and shelter for Ukrainian refugees in neighboring countries.

President Volodymyr Zelensky welcomed the initiative. The Ukrainian president, who was represented before his election, wrote that Ashton Kutcher and Mila Kunis “were among the first to react to the difficult situation” in Ukraine. “I am grateful for your support and I admire your determination,” he added.

For his part, the American actor and director Sean Penn, who was in kyiv at the end of February at the beginning of the Russian invasion, where he was filming a documentary about the situation in Ukraine, made his humanitarian foundation move to help the refugees. Ukrainians to Poland.

In a statement, Sean Penn described Ukraine as “the spearhead in the battle for the dreams of democracy. If we let it fight alone, we, the United States, will lose our soul.”

As for “Terminator” star Arnold Schwarzenegger, in a post that circulated widely on social media, he called on Russian President Vladimir Putin to end the war, calling it “stupid.”

Many lesser-known directors have shown an interest in violence since Russia annexed Crimea in 2014 and backed Donbass separatists.

The Russian invasion was present at every award ceremony in Hollywood this season, as a show of solidarity with Ukraine, or in the form of fiery statements against Putin.

“We are with hundreds of thousands of refugees fleeing the war, whether they are Ukrainian or of other races and nationalities,” said American actress Kristen Stewart at the Independent Film Awards ceremony.

As for the teacher of the celebration, Megan Mulally, she not only said: “I think I speak for everyone when I say that we expect a quick and peaceful solution”, but also launched a strong insult at Putin, calling for him to stop and return to your country.

Comedian Amy Schumer isn’t expected to go that far when she hosts Sunday night’s Oscars, but she revealed she had finally floated the idea of ​​inviting President Zelensky to speak “by satellite or video, because a lot of eyes are on the Oscar ceremony”. .” .

However, the Academy of Motion Picture Arts and Sciences, which organizes the Oscars, has not publicly accepted the idea and the proposal appears to have been rejected.

Amy Schumer acknowledged that “there’s some pressure to get the party going in a way that it’s just a blip, let people forget, we just want to enjoy the night.”

Journalist Scott Feinberg said regulators may have wanted to avoid an embarrassing mix of genders.

Feinberg noted that organizers are “struggling to think of how to talk about it without making the celebration too political or contention-based.”

Ultimately, the producers of the Oscars can avoid touching on this touchy subject, as the winners themselves may pick up the subject when they receive their awards.

“If you wanted to bet, I’d say almost every speech will mention Ukraine and the atrocities that are happening there,” said Variety’s Clayton Davis.