Oscar Tusquets: “I have an ego way below certain peers and way above average” 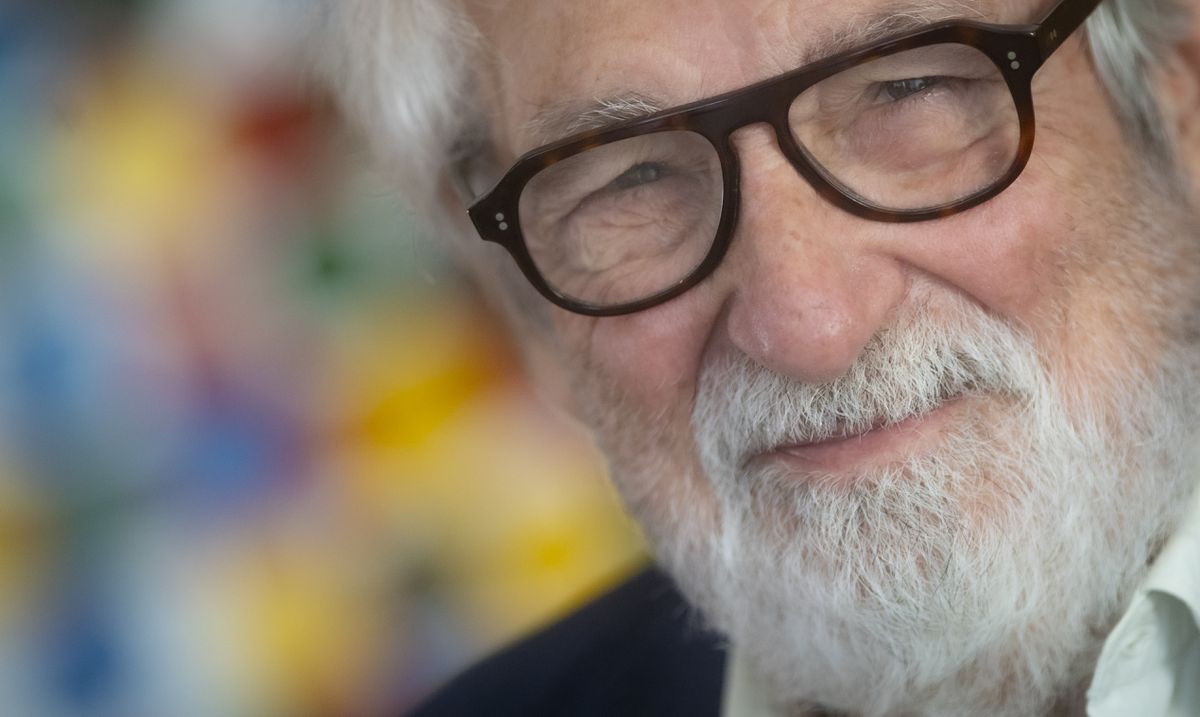 We are in the lobby of Hotel Schweden, der five stars from the stately Las Cortes neighborhood of Madrid, where the interviewee lives and where a team set up a lavish shed of lights and cameras to make a documentary about his extensive life and work. Tusquets, who is traveling with her partner, photographer and writer Eva Blanch – author of the images in her latest book – No figuration, little fun—, He appears dressed as a brush and ready for questioning. You will make the most of your stay in Madrid. This afternoon – half for work, half for play – he is meeting his friend, the painter Antonio López, and tomorrow his close friend Mario Vargas Llosa. He tells it like something like that is in the middle of a hell of a din caused by some work on the street. He doesn’t flinch. His self-confessed semi-deafness and years of supervising work on his buildings seem to have shielded his hearing. Another thing is the setback.

wrote Life isn’t that much fun and getting older is torture three years ago How have the events developed since then?

Well, we went through a pandemic, I said we’d come out poorer and dumber, and we did.

I was referring to that “pain” of aging you’re alluding to.

I am aware that I am privileged. I’m a bit deaf, but other than that I’m very lucky. Every morning when I wake up feeling good, it seems like a miracle. And, yes, getting old is a pain, but it hasn’t quite hit me yet and I’m still having a lot of fun with life.

What’s the worst thing about getting old?

the ugliness As much as we may be wrong, beauty has been associated with youth since the Egyptians, and deep down we know it. Nefertiti fascinates us all so much because she is young and beautiful.

I’m a bit deaf, but other than that I’m very lucky. Every morning when I wake up feeling good, it seems like a miracle.

Are you such a slave to beauty?

In the book, as you know, there are up to ten reasons why getting old sucks. Of course, the worst thing is losing your friends and your health and your physical abilities, but you asked me to tell you just one thing.

He didn’t mince his words.

A great friend and great teacher, Federico Correa, said that I have a bald tongue and would not grow hair at this time.

That’s why he has hair on top.

This is my mother’s inheritance. I had an intense relationship with her, more than one Oedipus. He was obviously in love with her.

And that they say that the son’s duty is to kill the father in order to advance.

Well, says Houellebecq, a writer I really like, children can’t love their parents because they’re the authority, the prohibition, and I think that’s brilliant. We love them when we miss them. And something like that happened to me personally and professionally. I think the generation immediately after me respected me a lot less than they do now. I have a very enriching relationship with young architects. And I think that they are my grandchildren more than my children to understand each other.

His parents were wealthy and enlightened. His sister, esther, Editors. To what extent does the crib influence professional projection?

Man if I was born in a different environment I don’t know how I would have turned out. I was the son of the Catalan bourgeoisie, I went to the German school, which was fantastic, the first mixed school in Barcelona, ​​where we went as Catholics and Protestants. I tell you again, I am very aware that I was very fortunate to be born, how and where I was born.

I think it’s obvious. Not everything is the origin. There are brothers, one brilliant and the other not. I’m a scattered artist because I can’t specialize. For me, work has always been a pleasure. The bureaucratic part bores me terribly, yes. And it was also a privilege to be able to delegate it. I see the city architects or those of the gas being frustrated architects. They weren’t able to live a creative life as a designer and so hate those of us who were able to. It’s always like that.

There, there, find friends in the guild.

I know I’ll make enemies for saying these things, but it’s true.

I think you were “polyamorous” before the term was invented.

It’s just that Barcelona were absolutely insane in the ’60s and ’70s. We didn’t believe in private property; then no one belonged to anyone. We all slept with everyone. My girlfriends slept with all my friends and I slept with all my friends’ girlfriends and vice versa. We figured the couple didn’t make sense, that they owned the commune, we couldn’t be jealous, and if it was you, you were a fool and swallowed her up. We take it to the extreme.

Despite them. It redeemed us that this militancy was very sincere, but we suffered a lot. I don’t regret it, nor am I proud. It happened like this.

Are you becoming more conservative in this area over the years?

Well, the fact of the matter is that back then in Spain there was an excitement, a will to live and a brutal desire for change. I was fortunate to be young at a wonderful time.

I meant you. His current partner is 30 years younger. Are you more conservative in love today?

I don’t know if all will be older. I hate to generalize, but I am.

Different, less photogenic. Sometimes embarrassing for others. There are old people who show a very active sex life. But a dirty old man will only be forgiven if he is a great artist.

Are you one or the other?

I would say neither.

He made houses and palaces from lamps to chairs. What is your favorite job?

Well, I would say the little house in Pantelleria (in Italy), the auditorium in Las Palmas and the metro in Naples. The relevance of the works does not lie in their size or budget. Check out the works of Vermeer or Dalí. Sometimes they measured 20 by 18 centimeters and were masterpieces.

In his latest book, he says that abstract art bores him. In other words, you go to the Cuenca Museum and jump out of the Hanging Houses.

Let’s see, there are nice, decorative works in there, like a Persian rug that look good anywhere. But there are works that mean nothing to me, and in abstract art everything that interests me is gone. That’s what Bacon said in an interview: Jealousy, flesh, sex, death. All I care about is not. When I saw him I said, “My God, Bacon, a guy that thinks like me.”

Well I have many. I like that they love me. Dali was. And Antonio López is a great friend. All my painter friends are figurative. All. I don’t have anyone who makes abstract art.

Perhaps because the coldness of art reflects that of the artist?

Well, and what I think of his job. It’s so much sexier to be figurative. Very clearly. It can be said of Tàpies, for example, that he had good taste, excellent even, but sexy is not the word.

Define “sexy” in this context.

don’t let me define Once with Cela the Nobel, another friend who spoke perfect English, I missed the word “sexi” and he called me names. “That’s why we have the word cachondo in Spanish,” he told me. So that.

Speaking of orders of magnitude. how big is your ego

That is a difficult question. But let’s say it’s well below the peers I admire and who are friends with me, and well above average.

What do you expect from life at 81?

I have it very clear. I try to make my everyday life pleasant. For example, look at this trip, I’m coming to present the book, shoot the documentary and see my friends. But the most serious project I have is to grow old and die with dignity. I have very young children. When Eva wanted her, I said: “I won’t be able to keep you up long”, maybe in three years I won’t be here anymore and they won’t remember me. I’ve already given you everything I think now that they’re about to turn 18, they’ll remember me.

That’s how Óscar Tusquets (Barcelona, ​​81 years old) defines himself, although I would sign Oscar without accents for him because he doesn’t like “accents in capital letters”. The anecdote gives an idea of ​​the extent to which aesthetics play a role for this “architect by training, painter by vocation, designer by adaptation and writer to make friends”, according to his own self-portrait. The son of a wealthy and enlightened couple from the Catalan bourgeoisie and brother of the late editor Esther Tusquets, Óscar is the author of dozens of works of all kinds, from lamps to teapots, through the Alfredo Kraus Auditorium in Las Palmas or the Metro from Naples . He is partner to photographer and writer Eva Blanch and father of two 18-year-old sons. Now he presents No figuration, little fun, a journey through some of his favorite works of universal art, illustrated with photos by Blanch, where he confesses the boredom that abstract art creates for him. It does not exclude that it will be the last. Not the penultimate.