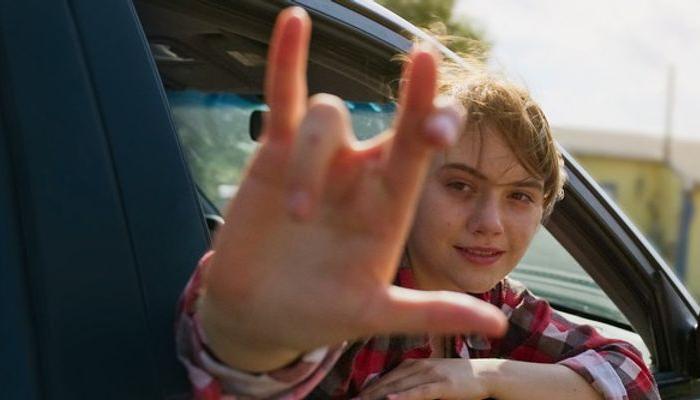 The film “Coda” has made its way to become one of the favorites to win the 2022 Oscars.

The low-budget film, which received full funding from France, managed to win awards in recent weeks, after overcoming all difficulties one after another, including being deprived of the opportunity to be shown in theaters due to the pandemic.

Many in Hollywood do not know that this film is based on a French film called “La Famie Pelletier” by Eric Lartigue, which achieved a great and surprising success in France, as the number of viewers exceeded three million in theaters when it was shown there. . at the end of 2014.

In an interview with Agence France-Presse, producer of the French and American versions Philippe Roussolet noted that “La Famie Pelletier” was “a successful comedy the way French audiences liked it,” while “Koda director Sayan Heder managed turning it into an independent American movie of the kind that Americans love, it became more comedic and more dramatic.”

Speaking in Los Angeles a few days before the Oscars, he added: “I think both movies made the most of what both countries do best. From my perspective as a producer, that makes for a very interesting ride, I wasn’t looking forward to it. I really was making the same movie.

Roussault felt that the success in both cases “is mainly due to the story of the two films and their characters, not the media”, calling the story “unique and very powerful”.

The two films tell the story of a teenager whose passion for music and her desire to stay home help her deaf parents and brother communicate with others, since she is the only one who hears in a family of deaf people. The title of the film consists of the acronym Child of a deaf adult, which refers to the children of deaf adults.

As in the original film, much of Koda’s dialogue takes place in the sign language learned for the occasion by director Seian Heder and actress Emilia Jones, who plays the teenage Ruby,” including Francois Damien and Karen Villar. , while “Coda” preferred to be closer to reality by assigning the roles to deaf actors, who are relatively unknown.

“French films are largely financed by television. For the production of ‘La Famie Pelletier’ it was necessary to hire well-known and acclaimed actors,” explained Roussolet.

“It became clear to us” after ten years that “Kuda” should be filmed “with deaf actors,” he added.

Initially considered the surprise hit of movie awards season, Coda has slowly established itself in recent weeks by taking back-to-back wins at the major Hollywood Screen Actors Guild Awards and then the Producers Guild of Hollywood Awards. America from the Hollywood Producers Association.

And the expectations of several Hollywood specialists indicated that Troy Kotsur, who plays the character of Robbie’s father, has become one of the most likely candidates for the award for Best Supporting Actor.

As for “Coda” itself, it has an equal chance of winning the top prize, best picture, with its competitor “The Power of the Dog,” which leads the Oscar race with the most nominations.

Roussolet noted that “Coda,” like the original French version of “La Famie Pelletier,” was produced “on a relatively reasonable budget, especially compared to the other competing films on Sunday,” since it “cost 15 million Dollars”. “Versus the movie ‘Don’ ($165 million), we’re like a finger stick character,” he added.

“But I don’t think it’s a miracle. The film deserves to be in this position at this stage in which we live. It is an important film that touches people or unites them with their human values.” 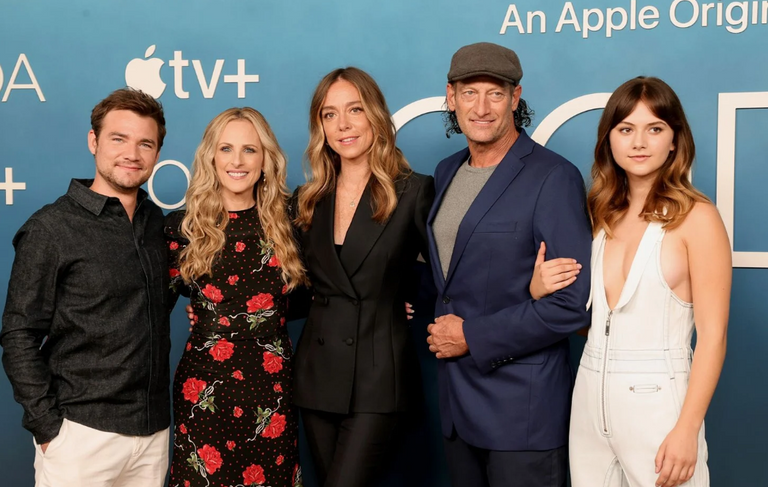 6 months on the shelf

Coda’s journey to admiration has been a bumpy one.

It is true that filming in the northeastern state of Massachusetts ended before the pandemic, but the latter turned everything upside down in the post-filming phase, in June 2020.

“We couldn’t finish the film and we had to move everything related to the post-shoot phase from Canada to Los Angeles because our director couldn’t travel anymore,” Roussoulet said.

There remained the issue of selling “Coda” to the US market, but the matter was very difficult in light of the closure of theaters in the United States. “So we put the movie on hold for six months. It was out of the question to send a link online to American distributors so they could watch the movie at home between dates.”

Hope returned when “Coda” was selected as the opening film of the prestigious Sundance Film Festival in January 2021.

But the pandemic has once again forced the organizers to hold the course in a fully virtual format.

But this didn’t stop streaming platforms from competing fiercely for the film, and it was eventually acquired by Apple TV after it was bought for the record price for a film shown at the Independent Film Festival of $25 million.

Whether or not Coda wins the Oscars, his career will not end on Sunday.

Philippe Roussolet began work on turning it into a Broadway musical, in collaboration with a famous theater group made up of deaf actors.