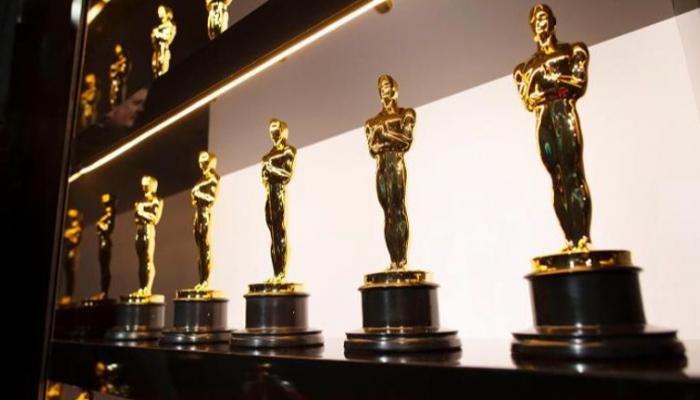 After the forced adjustments imposed by the Corona pandemic in the last two years, the Oscar party returns to its traditional hall on the Avenue of Fame in Hollywood.

The ceremony comes amid heated competition in which films “Coda,” “The Power of the Dog” and “Belfast” appear the most likely to win Hollywood’s top award.

The dark psychological western “The Power of the Dog” about men who do not accept their sexuality, has long led the race after the odds in recent months showed that it is the most likely to win the award for best best feature film, which would be a historic victory for the giant Netflix chain that has not yet won any awards in this important category.

But a few weeks ago, the lively comedy-drama Coda, based on the French hit La Famille Bélier, picked up a comeback.

The story of a high school student torn between her new found passion for singing and her deaf family who depend on her to communicate with the rest of the world has swept the American Film Guild Awards one by one.

This low-budget film, which began its run at the Sundance Festival in January 2021, exceeded the expectations of experts in this sector for the first time this Friday, surpassing “The Power of the Dog”.

In third place was the film “Belfast”, whose black-and-white director, Kenneth Branagh, relives his childhood amid the wave of violence in Northern Ireland in the late 1960s.

Davis spoke of a “strong dynamism” that favors Koda. “The last two years have been difficult for everyone. Kuda is positive and psychologically comforting. I think voters want to support a film that conveys positivity,” he told AFP.

The movie “The Power of the Dog” directed by Jane Campion was highly praised, especially for the beauty of its scenes and the acting strength of its actors, four of whom (Benedict Cumberbatch, Kirsten Dunst, Jesse Plemons and Cody Smith McPhee) were nominated for awards at this 94th Academy Awards.

Others, however, criticized the work for what they saw as weakness in the feelings it evokes. Hollywood Reporter journalist Scott Feinberg said the film “didn’t appeal to everyone”.

This can be an obstacle with the adoption of the preferential voting method in several cycles in the category of best feature film, since it is in the interest of the works that generate greater admiration among the majority of voters.

But surprises are always possible at the Oscars, as competition “has never been as open as it is now,” according to a voting source at the Academy of Motion Picture Arts and Sciences, the body in charge of awarding Oscars. . , asking not to be identified.

One of the advantages in the interests of “CODA” is that it is an independent film with a modest budget ($15 million), which may be a positive factor for voters, despite the fact that it is broadcast on “Apple TV”. “.

“Some Academy members I spoke to are still reluctant to vote for a Netflix movie in the Best Feature Film category,” the voting rights holder told AFP.

Will Smith and Jessica Chastain

Among actors, this year’s favorite remains the wildly popular Will Smith, for his role as the father of tennis champions Serena and Venus Williams in the movie “King Richard.”

Troy Kotsur, one of the “CODA” co-stars, is also up for the Oscar for Best Supporting Actor. Playing the role of a loving but sometimes helpless father to a hearing-impaired teenager, the deaf actor has enjoyed great success at several film festivals this season.

But the competition is much stronger among actresses.

Scott Feinberg said “all five candidates have a real chance of winning” this year, though Jessica Chastain, who plays a TV host on “The Eyes of Tami Fay,” is listed as “the favorite.”

Clayton Davis acknowledged that this seemed like the least risky option, but pointed out that Penélope Cruz’s fortune is not weak and may surprise her thanks to her performance in Pedro Almodóvar’s “Madris Parallas.”

Ariana Duboes is expected to win an Oscar for Best Supporting Actress for her performance in Steven Spielberg’s “West Side Story” remake, but the latter is having a hard time beating Jane Campion, who has a strong chance of winning her second Oscar. in her career as a director after her first award for the film “El piano”.

“Don” is expected to differentiate itself in many technical categories, including photography, sound and special effects.

The organizers and the “ABC” channel, which broadcasts the event, hope that the occasion will recover its audience after the significant drop in the number of viewers in recent years.

The 2021 edition did not attract more than ten million viewers, a drop of 56 percent from the previous year, which in turn recorded the lowest level of audience.

To attract supporters, organizers this year launched a “fan award” that is awarded to supporters by voting on social media.

Clayton Davis said the Oscars took the initiative “in an effort to attract a new audience from the TikTok generation.”

Organizers also hope to attract viewers with a performance by pop queen Beyoncé and singer Billie Eilish on Oscar night, with two songs vying for the title of “King Richard” and “No Time to Die.” (the last James Bond movie). ).