Operation “WAG Godmother”: the US secret service investigates against the Abou Chaker clan, a Brazilian smuggler and the foundation of a former Bundesliga star 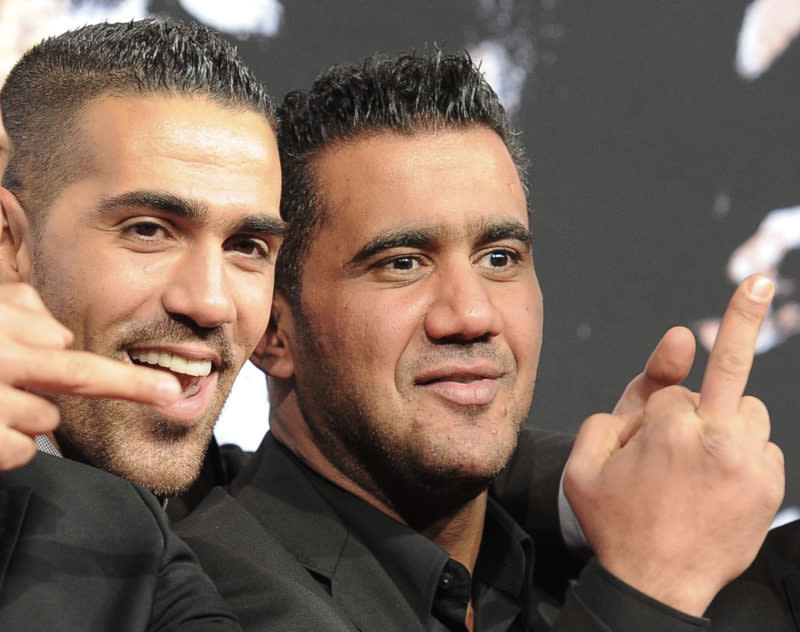 Shortly after the judge of room 500 of the Moabit Criminal Court greeted everyone this Wednesday morning and checked their presence, the lawyer for the head of the accused clan, Arafat Abou-Chaker, took out a sheet of paper and read a query press release to your client.

In it, Business Insider confronted Abou-Chaker with the ongoing investigations by the US investigative agency DEA (United States Drug Enforcement Administration). It is one of nearly 20 US intelligence services. Consequently, the clan chief is said to be part of a drug ring that smuggles cocaine into Germany via Brazil and sells it here. The lawyer introduces the questions with the explosive accusations, then Arafat Abou-Chaker turns to the audience in the courtroom and asks if the Business Insider reporter is present. His lawyer speaks of the fantasies of the US authorities and warns against false statements of fact.

According to internal DEA documents and wiretap files, a secret operation called “WAG Godmother” began in Germany on December 18 last year. The Brazilian term “Madrina” translated into German means “godmother”. By that, US officials mean Luma Mattityahu. A woman who lives in the western part of the capital and is supposed to play a key role in the international drug network.

According to an investigative report known by Business Insider: “The suspect is smuggling drugs from Brazil to Berlin through a local clan.” According to the US agents involved, Mattityahu is said to lead a group of young women selling cocaine that originates from Peru, smuggled through Brazil to Europe and Berlin. The drugs are believed to be smuggled across the border by the women through surgery on their breasts and other body parts, DEA agents say. Therefore, cocaine should have a particularly high degree of purity. In Berlin, these drugs would have been sold by Arafat and a cousin who is currently in prison, according to investigations by US authorities.

Business Insider has audio footage of one of the agents being heard buying 200 grams of cocaine from a Mattityahu dealer in a “controlled purchase” for $14,000. The trafficker confirms in the recording that he works for the Brazilian.

According to the DEA investigation report, drug smuggling will take place under the guise of a foundation. The report states that the people named are members of a foundation owned by a former Bundesliga star. An organization currently under investigation for drug trafficking. The foundation is based in the Netherlands, but operates in the Ivory Coast and does charity work there. Business Insider learned from DEA circles that some of the drug smuggling from Brazil is supposed to go through the Ivory Coast. From there, smaller quantities are distributed to other countries, including Germany. The foundation did not respond to a request.

At the same time, there should be another sales channel from Brazil to Germany, through a group of young women led by Mattityahu. The alleged drug dealer has publicly bragged about parts of her life on Instagram and Facebook. So she was always in the Ivory Coast with her foundation, she shared photos of her on yachts, in Dubai, in luxury hotels. In one photo of her, bundles of thousands of dollars are even spread out on a hotel bed, surrounded by a group of young women. Business Insider contacted her by phone. However, she did not answer questions about the allegations. Shortly after the conversation, she blocked her Instagram and deleted her Facebook account.

German authorities, police and prosecutors in Berlin have been hot on Arafat Abou-Chaker’s heels for years. The man is accused of numerous crimes, but investigators almost always lack solid evidence. Once, two years ago, Abou-Chaker was convicted of bodily harm and threats, but in an appeal his sentence was commuted to a fine of 90 daily rates of 165 euros, a total of 14,850 euros. Arafat Abou-Chaker has no criminal record as a result, nor did it result in an entry on his certificate of good conduct. For years it has been reported that he is said to be the head of the notorious Abou Chaker clan, an accusation Arafat has always denied.

But it’s not just the fact that the US drug enforcement agency is now investigating him for possible drug-related crimes. The investigative report lists another serious accusation: “It is possible, from an anonymous source, that the Abou-Chaker clan is planning to neutralize the Bushido using a Latin American drug trafficker,” says a DEA report dated December 18, 2021 .

Rapper Anis Ferchichi, also known as Bushido, has been under police protection for months because officials in Berlin also identified a concrete threat to the rapper. The threat is taken seriously, with the Americans now independently pointing to a threat to Bushido from the Abou-Chakers in their investigations. Arafat Abou-Chaker’s lawyer also left unanswered questions about this allegation.

His cousin, Abdallah Abou-Chaker, also did not comment on request. Business Insider has learned from investigators that he is currently in custody. The charge: rape. Two women are said to have testified against Abou-Chaker. According to reports, he will be deported to Lebanon.

Business Insider has also asked the Berlin State Criminal Police Office and the Federal Criminal Police Office if both authorities are taking action against the three suspects. “I ask for and appreciate your understanding that the Berlin Police does not provide any information about individual persons for data protection reasons and to protect personal rights. The Berlin Police cannot provide any information about the investigative activities of other authorities. ”, the LKA said in a response.

In principle, the Federal Criminal Police does not provide information on ongoing investigations or personal data. “I ask for your understanding in this regard,” the BKA said in a response.

For months, the German authorities have been able to present spectacular results of investigations against drug traffickers. The reason: In early 2020, the Dutch and French secret services managed to hack the encryption provider Encrochat and read for weeks. Encrochat is considered the WhatsApp of organized crime.

Huge amounts of data could be protected from a total of 32,000 users. About 1.6 million files went to the BKA, which eventually passed the information on to the responsible state authorities. Since then, there has been an oversupply of evidence against arms and especially drug traffickers.

In the case of Abou-Chaker and Co., US agents apparently did not use this trove of German police data, but instead investigated on their own in Berlin.