Open offer.. Laporta tempts Xavi to stay at Barcelona after the Clásico 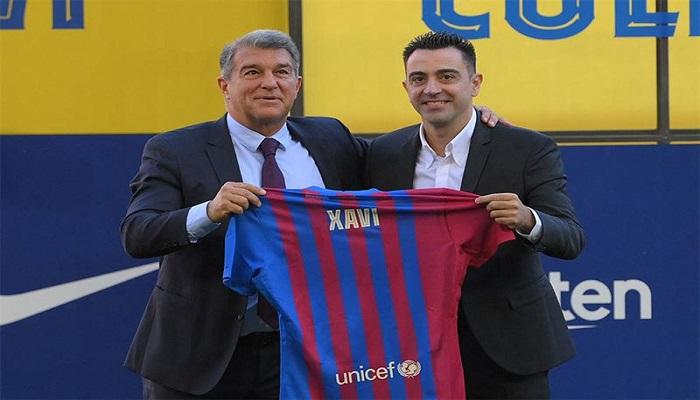 Xavi coached Barcelona last November, replacing Dutchman Ronald Koeman, and the team only lost once in the Spanish league.

Xavi’s last impressive win came at the expense of arch-rivals Real Madrid, who beat him 4-0 last week at the Santiago Bernabéu on matchday 29 of the Spanish league.

A few days after the game, Laporta was asked about the possibility of renewing Xavi’s contract, which expires with Barcelona in 2024, to confirm that the Spanish coach can remain in his position as long as he wants.

Laporta told the Catalan newspaper Mundo Deportivo: “We have a coach who has great appreciation for Barcelona and knows the club well. These are issues that we do not address, but we realize that we must talk about them.”

He added: “From what I see, Xavi can stay here as he wants, as long as he wants, and since he knows the institution well and loves Barcelona, ​​he is fully aware of what he can do for the club.”

He added: “He has already done that as a player. The advantage of great players who become great coaches is that they immediately realize the conditions they are going through.”

He concluded: “I’m not worried about the renewal of the contract because I’m always aware, as much as possible, of how professional he is in terms of his contract and his sanity.”

Xavi played for Barcelona for 17 years before signing for Qatar’s Al Sadd in 2015, where he ended his playing career 4 years later, and then took over as manager of the team, leading it to 7 titles in two and a half years. .

Barcelona occupies third place in the Spanish league standings with 54 points, 12 points behind the leader Real Madrid and 3 points behind Sevilla, who played one more game, before their game on April 3, in matchday 30 of the league.

- Advertisement -
Share
Facebook
Twitter
Pinterest
WhatsApp
Previous articleOsnabrück vs. Braunschweig: draw in the duel of Lower Saxony
Next articleUkraine was: ambassador says there can be no ‘appeasement’ of Russia while people march in London