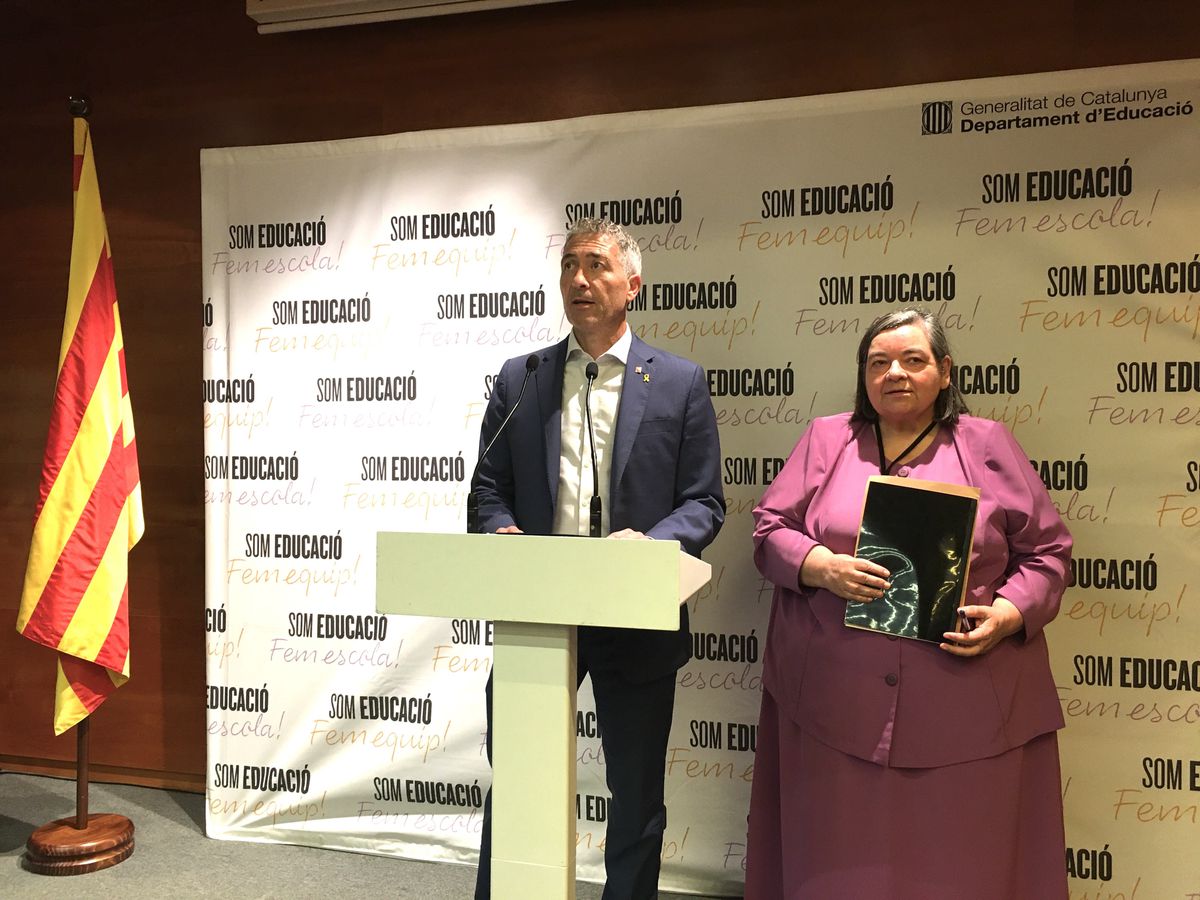 97.2% of the students who took part in the Selectividad last week chose to take the exams in Catalan and 2.8% in Spanish. The Department of Universities of the Generalitat published the figures this Wednesday that show an increase in the choice of Catalan compared to the previous year (95%). Universities do not provide data for Aranese as they are not representative. “Catalan is the language of selectivity and will remain so despite the disruptions that have occurred,” praised Gemma Geis, Minister for Universities.

The choice of language for the explanations of selectivity became the novelty of this edition, after last year the Supreme Court annulled the instructions that stipulated that the explanations should be distributed in Catalan by default and in Spanish only if a student requests it. The court ruled that all candidates should have the opportunity to choose the language of the test before the test and that this would be an anonymous procedure.

Universities opted for this selectivity by passing an anonymous questionnaire on day one in which students chose the language of each exam – Spanish, Catalan or Aranese – so teachers knew in advance how many of each language they would need . For future editions, universities are testing a more modern system based on QR codes.

On the other hand, this Wednesday the report of the Advisory Linguistics Council was published, the body set up by Education in March to propose actions that contribute to this objective of increasing the presence of Catalan in the classroom. After three months, the Council, made up of 13 members from the education and language sectors, drew up a nine-page report, unanimously adopted at the end of May, with 50 points, many of which are dedicated to reinforcing the idea of ​​Catalan as a vehicle language.

The document focuses in particular on teachers. The Council strongly emphasizes that the language used in the classroom “cannot respond to personal choice”. In addition, there is a demand to improve the language skills of teachers and other educational staff or to test the level of Catalan of new teachers (something that is currently happening with the Personal Aptitude Tests (PAP), an assessment of languages ​​and mathematics that students have to pass, who want to achieve the degree “Early Childhood and Primary Education”). The faculty is even asked to guarantee a “basic training in sociolinguistics and language enforcement strategies” for all teachers in three years.

“There are teachers who are not competent in the language they teach,” summarized Carme Junyent, President of the Council. The Minister of Education, Josep Gonzàlez-Cambray, did not want to comment on the proposals, recalling that the Generalitat is already promoting initiatives to improve the level of Catalan for teachers, with the gradual requirement of the C2 certificate in the coming years.

The council also questions the current system, where students automatically receive a C-level in Catalan at the end of ESO. The Advisory Board suggests that 4. ESO students must pass a specific test in order to obtain an official certificate in Catalan, but they do not specify whether it must be at level C or lower.

As for the rest of the proposals, it undertakes to welcome students in Catalan who have just arrived from other countries (as is usually the case), to promote relations with educational centers from other Catalan-speaking areas and to achieve a dynamism that promotes the social use of Catalan, introduce activities by YouTubers or influencers that promote the use of Catalan, or increase the audiovisual material in Catalan used in the classrooms.

Regarding the linguistic projects, the report assures that “the use of Spanish as a language of study is foreseeable”, but in any case denies the percentages and bets that the modulation of the languages ​​​​takes place according to the methodology and the sociolinguistic reality of each center. In addition, it asked the department to set up a commission for the annual evaluation of language projects, based on the results obtained by students in the two official languages ​​in the diagnostic tests carried out by the Generalitat in primary and secondary education.

The advisor assured that the proposals of the Linguistic Advisory Council will be analyzed from now on and will serve as the basis for the new decree that prepares the education system on the use of Catalan and implements Title II of the Education Law of Catalonia.

The report speaks of the need to implement measures to increase the use of Catalan in schools, given the decline in recent years highlighted by various studies and surveys. But the Council also reserves a moment of criticism of the various governments. “Unfortunately, the administrations have not been sufficiently proactive in promoting Catalan.”

“We have to recognize that we are in a moment of decline in Catalan, a situation that we don’t like and we have to act,” added Cambray. Education has conducted a survey of 35,000 students on language use in schools – the results of which are being finalized – which supplements the inspectors’ reports already available, based on data from the addresses. Cambray has admitted instances have been found where versions of addresses and students do not match, and the latter allow the teacher to use more Spanish than the centers themselves acknowledge.