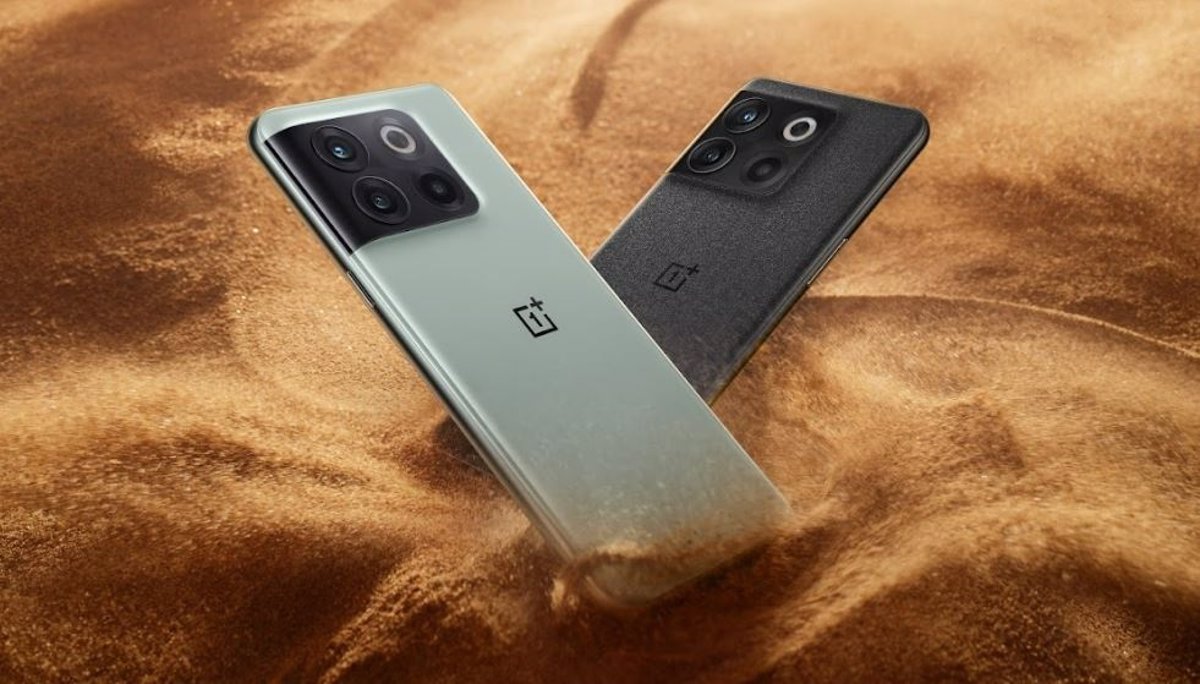 OnePlus has unveiled the brand’s latest premium device. OnePlus 10Twhich is equipped with a 6.7 inch screen and which integrates 150W SUPERVOOC charging technology, as well as the new customization layer OxygenOS 13.

The company presented this device in its first in-person presentation since 2019, held at Gotham Hall in New York (USA), the company’s CEO announced a few days ago. Peter Lou.

The mobile is based on the Snapdragon 8+ Gen 1 mobile platform with an Adreno 730 GPU and comes in two configurations: 8 GB LPDDR5 or 16 GB RAM as well two internal storage capacities (128 GB OR 256 GB).

On the other hand, the manufacturer has pointed out that combining these technologies with its cooling system allows daily actions to be performed faster and longer.

In addition, the “smartphone” has a non-removable 4,800 mAh battery and supports 150 W SUPERVOOC Endurance Edition fast charging technology. Thanks to her you can Fully charge the device in just 19 minutes.

Regarding this technology, OnePlus has pointed out that in just 10 minutes it can provide the energy charge equivalent to a full day.

In the photographic field, OnePlus 10T stands out for the presentation of a three-camera system on the back, in which the 50-megapixel (MP) Sony IMX766 sensor with optical image stabilization (OIS), Nightscape 2.0 and improved HDR performance.

The ultra-wide camera, on the other hand, is 8 MP and allows for both autofocus and fixed focus, while the macro lens is 2 MP and the front camera is 16 MP with a focal length of 24mm.

It is worth remembering that at the end of July the brand’s CEO confirmed that OnePlus 10T 5G would be launched with the processor Snapdragon 8+ Gen 1 and the new customization layer developed by the OxygenOS 13 brand.

However, the Chinese company in this case has clarified that the device will not release the latest version, but rather comes with OxygenOS 12.1 preinstalled Based on Android 12, it will receive three major operating system updates and four years of security updates.

It has also indicated that this device will next go on sale in Moonstone Black (black) and Jade Green (green). 25.8is already available for presale through its website and will arrive on Amazon from August 11th.

Prices vary depending on the configuration chosen. The simplest with 8GB of RAM and 128GB of internal storage is on sale €719while the extended one can be purchased with 16GB RAM and 256GB ROM 819 euros.

With that, OnePlus has announced that users who pre-order through oneplus.com will have a chance to win a OnePlus 10T (8GB + 128GB) for free, as well as discounts on products like OnePlus Buds Pro and OnePlus Buds Z2.

In addition to the new flagship of its catalog and the OxygenOS 13 customization layer, the manufacturer has announced one SUPERVOOC 80W car charger, that combines this technology with portability.

This charger can charge the device from 1 to 50 percent in 11 minutes and from 1 to 100 percent in 29 minutes. In addition, it can power all devices of the brand, as well as other phones both Android and iPhone.

The device, which guarantees that it will only work at temperatures of 40 degrees or below, will soon arrive in Europe at a price of 100 euros €59.99.

- Advertisement -
Share
Facebook
Twitter
Pinterest
WhatsApp
Previous articleChonekillers alias ‘Guillo’ who funded trailer with half-naked women, arrested
Next articleSky Showcase has started: you can already see it on the “House of the Dragon” channel