One of them is about Salah. Queiroz escapes Senegal’s headache with sarcastic messages 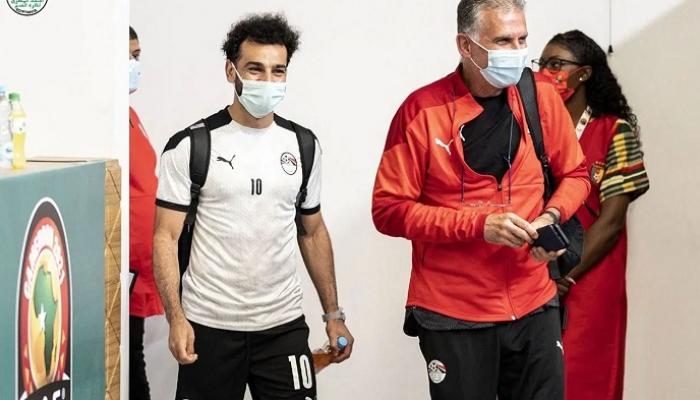 Carlos Queiroz, coach of the Egyptian national team, sent several messages in many ways before facing Senegal, on Friday, in the qualifiers for the 2022 World Cup.

Queiroz avoided the media at the press conference for the Egypt-Senegal match, sending some sarcastic messages in which he tried to lighten the atmosphere of the match, and also flirting with Senegalese coach Aliou Cissé.

The Portuguese coach said: “My head hurts, I have 23 players ready for the match, and this confusion is desired by any technical director”, in response to the drop in the level of the Mohamed Elneny and Mohamed Abdel Moneim duo after the last Cup African of Nations.

He added: “Senegal are the champions of Africa and they qualified for the World Cup more than us, so we have nothing to lose, which takes the pressure off us and we will be mentally stronger in this matchup.”

Asked about the lack of goalscoring of the Egyptian team under his leadership, the Portuguese veteran replied: “International football is not an opera, but strong confrontations, very different from local matches with clubs that play 60 games per season.”

He continued: “I think the Senegal coach was also asked by journalists why he qualified in the first round of the African Cup of Nations with a penalty goal.”

Carlos Queiroz added: “We are not facing Senegal, Tunisia or the Ivory Coast, but we are playing against ourselves and our goal is always to do better than in previous matches.”

He continued: “Mustafa Mohamed is part of the team, and after each game I don’t care who scored or not, but the collective performance and achieving a positive result.”

The Pharaohs coach added: “So I was proud of the players’ struggle in the Nations Cup final, despite my absence from the match due to being suspended, which means we have a great team that doesn’t need someone to direct it from outside the lines.

At the end of his remarks, he explained: “It’s a joke, don’t believe it, I know that the Senegal coach is a wonderful and distinguished person, and he respects the Egyptian team, and he doesn’t resort to these kinds of matches at crucial moments.” matches.”