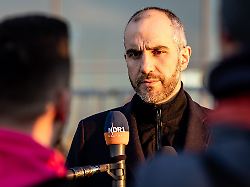 Hanover (dpa / lni) – The mayor of Hanover, Belit Onay, called for clarity on the federal government’s contribution to the costs of Ukrainian war refugees, and “as soon as possible”. This is a joint effort by the federal and state governments to speed up and facilitate the integration of people, the green politician said on Friday. “Municipalities are demanding participation in a refugee summit.” According to city estimates, around 5,000 refugees from Ukraine are in Hannover and around 8,000 refugees should have arrived by the end of June. Hanover is a center for the distribution of refugees.

Onay also spoke out in favor of integrating Ukrainian refugees into the standard benefit system of social security codes, rather than having to bypass the asylum seeker benefit system. This would give refugees unrestricted access to the health system and health insurance without strings attached. At the same time, this would relieve municipalities, which previously had to bear most of the costs of medical treatment for refugees.

This would also allow faster integration into the job market, because job centers could start providing advice without going through the Federal Employment Agency, Onay explained: “Setting the course is important for refugees so they can become independent and autonomous quickly”. determined in their lives to be able to build their new home”.

He also warned that refugees should have access to language and integration courses from the start. To do this, capacities must be massively expanded and refugees with temporary protection status must be legally entitled to courses.

Previous articleCitizens: Emirati engineers at Barakah stations are a source of pride
Next articleRising costs drive up the price of London dinners by 40%