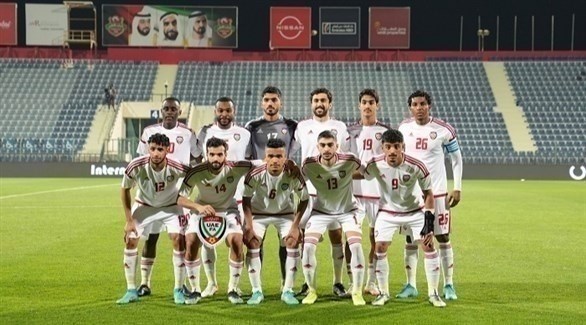 Tomorrow, Tuesday, the International Friendly Championship for Under-23 teams, organized by the Football Association, in cooperation with IAST SPORTS, will conclude with 5 matches, within the third “final” round, the United Arab Emirates and China will face four in the afternoon at the Maktoum bin Rashid Stadium, and the rest of the matches are played by Japan, Saudi Arabia, Qatar, Croatia, Uzbekistan, Vietnam, Thailand and Iraq.

The “Olympic White” placed third in the general classification at the end of the second round, with 4 points, coming from their victory in the first round over China 1-0, and the tie in the second with Uzbekistan 0-0, while that Saudi Arabia and Japan topped the rankings with 6 points each, China ranked fourth with 3 points, Croatia ranked fifth, Qatar ranked sixth with the same score, Iraq ranked seventh with one point, Vietnam and Uzbekistan ranked eighth and ninth with the same balance, and Thailand ranked last without credit.

Nine teams are preparing, with their participation in the current friendly international tournament, for the final of the AFC U-23 Cup, which will be played in Uzbekistan next June, and includes, together with the Emirates, Saudi Arabia, Qatar, Iraq , Japan, China, Uzbekistan, Vietnam and Thailand.

The match between the “Olympic Whites” and their Chinese pair will be the second in the same tournament, after the “Whites” overcame the Chinese team in the first round with an Eid Khamis goal in the 30th minute.

The current participation in the international friendly tournament is the most outstanding stop in the preparation of the “Olympic White” for the 2022 AFC U-23 Cup, scheduled in Uzbekistan, from June 1 to 19, and the final draw placed it ” White”. in Group D, to By the teams from Saudi Arabia, Japan and Tajikistan.