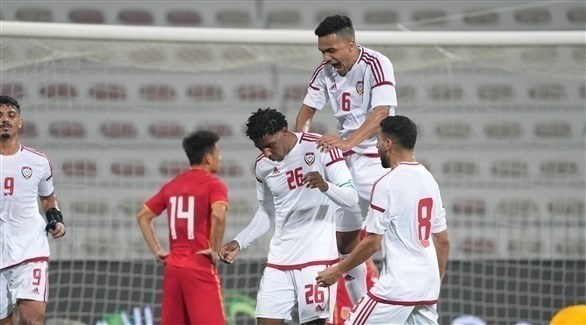 The United Arab Emirates Olympic team defeated China 1-0, in the match between the two teams today, Wednesday, at the Maktoum Bin Rashid Al Maktoum stadium, in the first round of the Under-23 International Championship, organized by the Football Association in cooperation with IAST SPORTS, for the period from March 23 to 29, with the participation of 10 teams.

The rest of the matches on the first day of the tournament saw the Saudi team win 2-0 over Uzbekistan at The Sevens Stadium. Abdullah Al-Hamdan scored the goals for “Al-Akhdar” in the 25th and 38th minutes of party.

The international friendly tournament for U-23 teams will continue with the second round next Saturday, with matches between the Emirates and Uzbekistan, China, Thailand, Qatar, Japan, Croatia, Vietnam, Iraq and Saudi Arabia, with the tournament closing with the third and last round “final round” on March 29 (March 29).

Nine teams are preparing, by participating in the tournament, for the AFC U-23 Cup 2022, which will be held in Uzbekistan from June 1 to 19, with the participation of 16 teams, including the United Arab Emirates, Saudi Arabia, Qatar, Iraq, Japan and China, Uzbekistan, Vietnam.