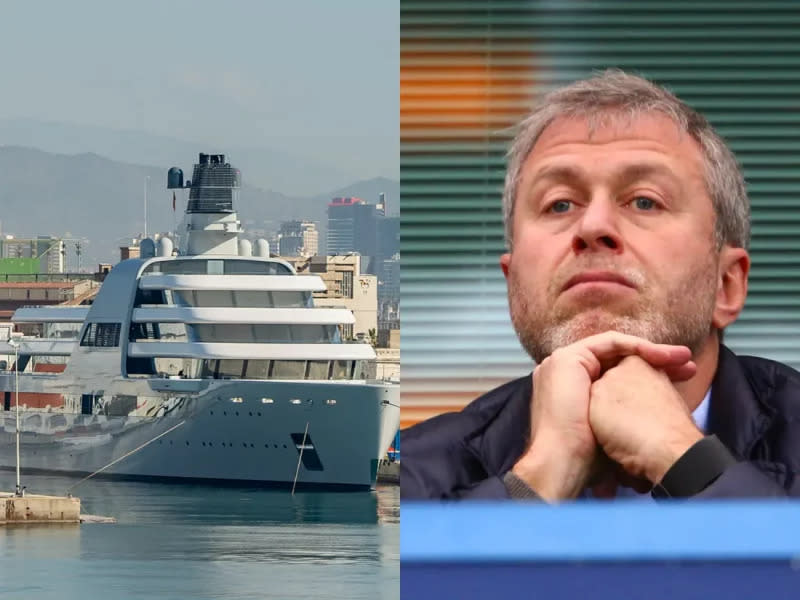 The captain of Roman Abramovich’s €550 million Solaris superyacht pulled the ship out of a port in Montenegro as governments tighten sanctions against Russian oligarchs, the US Wall Street Journal reported on Monday.

On March 12, just two days after Britain imposed sanctions on the Russian oligarch Abramovich, the yacht docked in Montenegro. The ship’s captain had planned to refuel at the port of Tivat in Montenegro, the newspaper reported. But the yacht left the country in a hurry on March 13, without refueling.

Two days after the “Solaris” left Tivat, the European Union announced a new wave of sanctions against the Russian elite, including Abramovich, in response to the Russian war of aggression. Montenegro is not a member of the EU, but announced on March 1 that it would adopt EU sanctions against Russia. The Balkan Insight media group, however, reported that the implementation of these sanctions has been repeatedly delayed.

The “Solaris” arrived at the port of Bodrum in southwestern Turkey on Monday. The yacht route, like that of Abramovich’s second luxury ship, the Eclipse, has been closely watched as public interest mounts.

Turkey could become a haven for Russian oligarchs

Luxury yachts and private planes owned by sanctioned individuals have already been seized in some EU countries. However, Turkey could be a safe haven because, unlike other NATO members, the country has not imposed sanctions on Russia. After the 140-meter-long “Solaris” was in a Barcelona shipyard for repairs since the end of 2021, she left Barcelona on March 8 and arrived in Tivat four days later. Stevedores told the Wall Street Journal that no one disembarked while the ship was anchored in port. According to information on ship tracking websites, she only stayed there one day.

Abramovich has been sanctioned for his proximity to the Kremlin

A port official told the newspaper that an employee of the yacht agency in Tivat briefly boarded the Solaris to check the crew’s passports and documents before the ship sailed without refueling. According to the report, 50 people were on board. Abramovich, owner of the Chelsea soccer club and whose fortune, according to the American media Forbes, is around 12,750 million euros, has close ties to the Kremlin. His name was added to the sanctions list by the UK on March 10 and also by the EU on March 15.

His other ship, the Eclipse, which is slightly larger at 162 meters and worth an estimated $580 million, arrived in Marmaris, in southwestern Turkey, on Tuesday after sailing from the Caribbean in late February. His nearly €60 million private jet had already flown to Istanbul the previous week, but only stayed there for one day. Abramovich’s staff did not respond to a Wall Street Journal request. Porto Montenegro has also not yet responded to Insider’s query about how long the “Solaris” was docked in Tivat, if she refueled there and if the employees had abandoned ship.