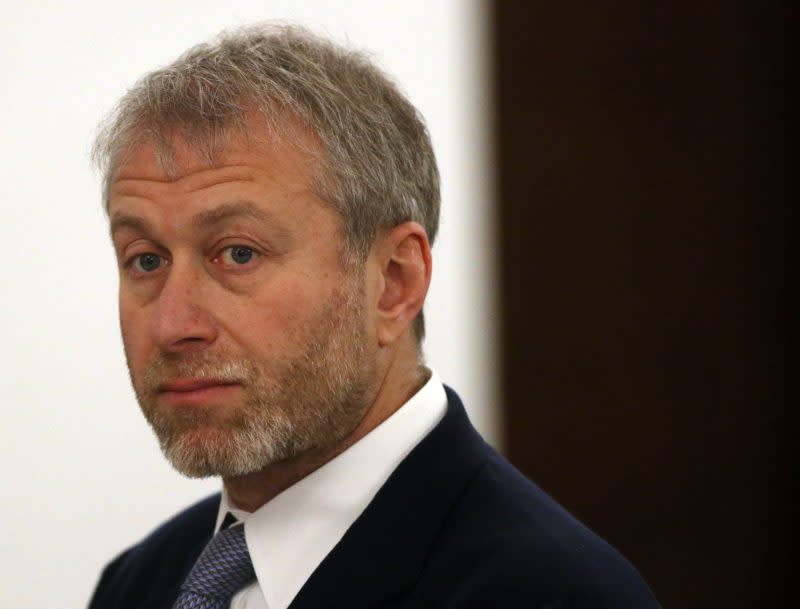 The Russian oligarch Roman Abramovich was sanctioned by the British government because of the war in Ukraine. The Israeli newspaper “The Times of Israel” reports that on Monday a private jet belonging to the sanctioned billionaire flew from Moscow to Istanbul via Israel. Data from flight tracking website Flightradar24 showed that Abramovich’s plane made the short trip from Tel Aviv across the Mediterranean Sea on Monday.

The flight to Tel Aviv from Moscow took five and a half hours. The Reuters news agency reported that the plane left Ben Gurion airport in Tel Aviv and arrived in Istanbul two hours later. It is not clear if Abramovich himself was on board. The plane had previously flown from Istanbul to Moscow on Saturday, according to Flightradar24 data.

TO Twitter user — who previously made headlines tracking Elon Musk’s plane and is now also tracking the whereabouts of Russian private jets — also identified Abramovich as the plane’s owner. So the 55-year-old’s private jet is a Gulfstream G650, offers room for up to 18 passengers and costs $65 million, according to private jet comparison site “Private Jet Card.”

Abramovich, owner of London soccer club Chelsea FC, was one of seven Russian oligarchs sanctioned by the UK on Thursday. The sanctions include freezing the oligarchs’ assets and banning them from doing business.

According to the Bloomberg Billionaires Index, Abramovich has an estimated net worth of $13.6 billion. According to The Guardian, the billionaire was granted Israeli citizenship in 2018 after facing delays in the extension of his UK visa. In the past two weeks, at least 14 private planes from Russia are said to have landed in Israel, whose government has failed to sanction Russian oligarchs, The Times of Israel reported.

Without explicitly mentioning Abramovich’s billionaire jet, Israeli Foreign Minister Yair Lapid said on Monday, according to the Reuters news agency: “Israel will not be a way to circumvent the sanctions imposed on Russia by the United States and other countries. Westerners”. Lapid is one of the Israeli leaders who has most criticized Russia’s attack on Ukraine.

On Monday night it became known that the EU would also impose sanctions on the billionaire. Consequently, the oligarch’s assets in the EU will be frozen. It is also not allowed to enter the EU. This was confirmed by several diplomats from the German Press Agency on Monday night after a meeting of the permanent representatives of the member states in Brussels. These initiated the necessary written procedure for the decision of sanctions. The punitive measures will take effect from this Tuesday (March 15).