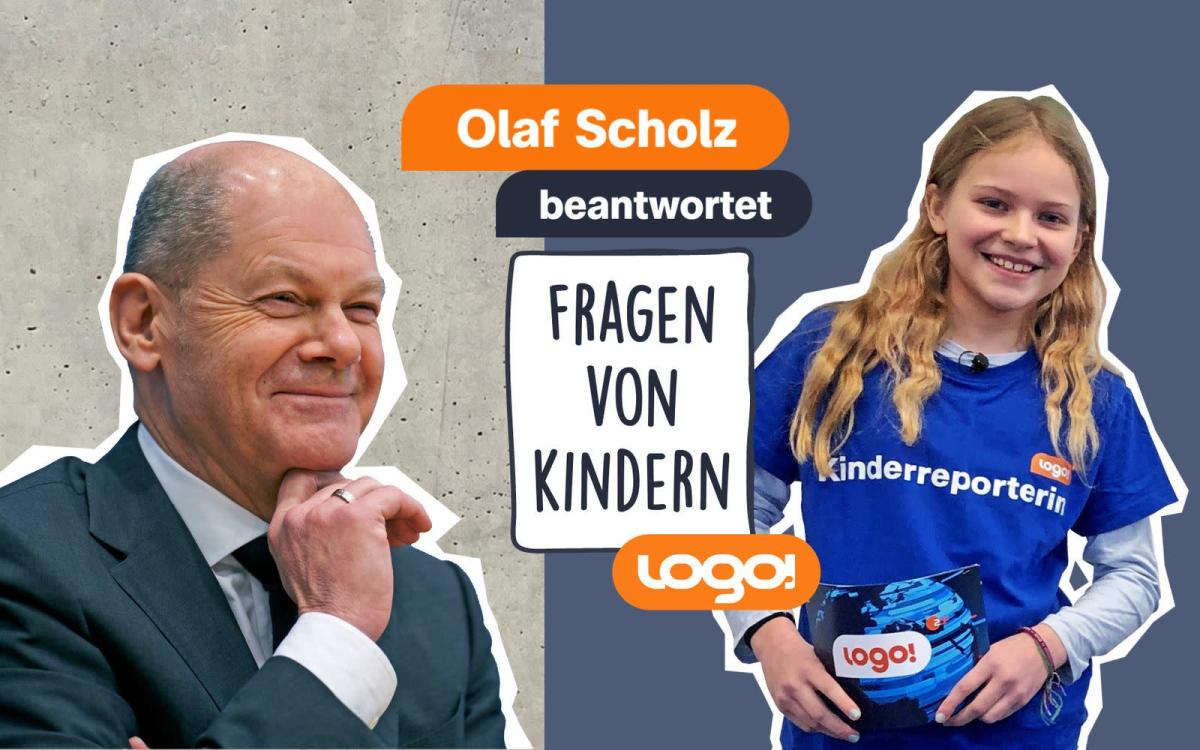 About two weeks after the outbreak of the war in Ukraine, the children have many questions. On Thursday, March 10, Chancellor Olaf Scholz (SPD) wants to share some of this on the children’s news program “logo!” reply.

Ten-year-old children’s reporter Polina from Berlin is expecting a high-profile visitor on Thursday: On behalf of the children’s news program “logo!” she will meet Chancellor Olaf Scholz (SPD). Together they will discuss the most pressing questions about the war in Ukraine.

Since the Russian troops entered about two weeks ago, the wording of “logo!” has received more than 2,000 letters from children and young people. They express concern about the war in the Ukraine and fear that the war could come to us in Germany. They also ask how refugees in Germany can be helped. Finally, Polina will ask her guest what is probably the most pressing question from a child’s point of view: “What are you doing to end the war?”

The full interview with Olaf Scholz can be viewed on Thursday, March 10 at 7:50 p.m. on KiKA and on demand at ZDFmediathek, at www.kika.de and via the mobile app “KiKA-Player”. At www.logo.de and at @zdflogo on Instagram, children and their parents can also find a lot of background information on war adapted to children.