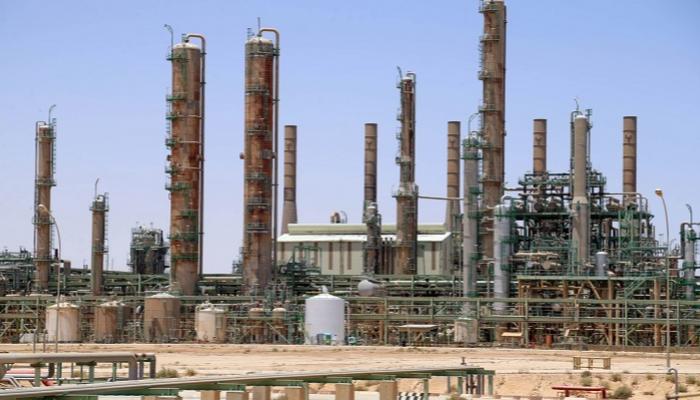 International and Italian reports revealed that the Libyan Petroleum Corporation, with the tacit support of Washington, cut off financial supplies to the previous government.

This step, which analysts described as a move to tighten the noose around the previous government of Abdel Hamid Dabaiba, which refuses to hand over power to the new prime minister chosen by parliament, Fathi Bashagha.

Libya’s oil export revenue ranks first in the overall budget revenue, and the latest official figures indicate that total Libyan oil revenue amounted to 21 billion and 555 million dollars, and 30 million euros last year. , while royalties and taxes have been recorded since the lifting of force majeure in September of For the year 2020 to December 31, 2021, an amount of $1,276 million, according to the National Petroleum Corporation.

Last February, in what was seen as a fight over oil revenues, the Speaker of Parliament, Aqila Saleh, demanded that the Governor of the Central Bank, Sadiq al-Kabeer, disburse funds from the budget only in the first two chapters ( wages and the like). and the fourth related to support.

The measure seems aimed at preventing the previous government from using funds to prolong its existence, as well as at not acting on it by the Central Bank, whose governor, Siddiq al-Kabeer, usually supports Dabaiba’s permanence.

According to the Libyan political analyst, Kamel Al-Marash, this is the penultimate option that must be raised against the rebel government of Dabaiba, which depends mainly on the weapon of money to survive.

Al-Marash explained in statements to Al-Ain Al-Akhbar that depriving him of the financial artery will push Dabaiba to recalculate his grip on the seat of power.

He noted that this option also serves decisively to send a message to some international parties who insult the Libyan record that depriving them of the flow of oil is a matter, especially at this time when the oil market is facing turmoil due to the war in Ukraine. .

The Libyan political analyst called on the head of the Libyan government, Fathi Bashagha, to rise to the level of responsibility and event and take an urgent initiative to end the rebellion of this previous government by using all means to end the state of rebellion and usurpation. of power in the interest of the Libyan citizen.

The ring is getting tighter

The same is confirmed by the Libyan economic analyst Khaled Bouzakouk, that the episode continued to suffocate the former Prime Minister, Abdel Hamid Dabaiba, especially after receiving the Diwani from the East and the South, as well as the massive resignations of several ministers.

Buzakouk added to “Al-Ain News” that US initiatives, international pressure and embassies for oil and the non-return of the war will require Dabaiba to quickly surrender and hand over the seat of government in Tripoli.

He pointed out that yesterday’s 5+5 Joint Military Committee warnings also make Libyan financial and oil institutions worry about dealing with the previous government, which provoked crises with parts of the country.

He pointed out that the Central Bank of Libya is the link to the deputies’ speech and that it is obliged to pay only salaries, especially given the persistence of suspicions of corruption on what the previous government spent.

On the contrary, the Director General of the Center for Financial Studies of Libya, Saeed Ismail, said, in his opinion, that oil was not and will not be a means of pressure on any Libyan government to limit its influence or reduce the volume of its spending. , at least in the short term, given that governments have other means of financing their spending, which is to borrow from the two central banks during the split.

He pointed out that if the House of Representatives wanted to put pressure on the Dabaiba government, it should control one of the sources of financing, which is the Central Bank, where this bank carries out the work of the Ministry of Finance.

He stressed that the Dabaiba government’s spending continues to violate the financial law of the Libyan state, especially as it spends from the emergency account without the issuance of an emergency law by the House of Representatives.

- Advertisement -
Share
Facebook
Twitter
Pinterest
WhatsApp
Previous articleThe European annex.. The World Cup motivates Ronaldo to include Turkey in the list of his victims
Next articleOperation “WAG Godmother”: the US secret service investigates against the Abou Chaker clan, a Brazilian smuggler and the foundation of a former Bundesliga star