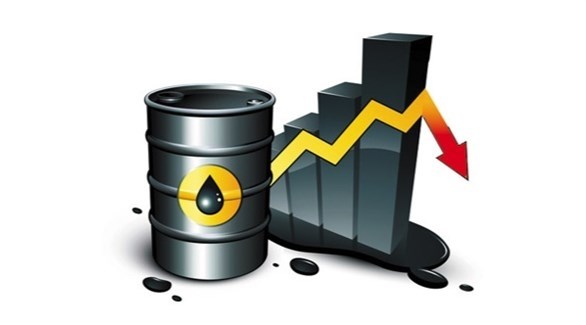 Oil prices fell below $114 a barrel on Tuesday, giving up some of yesterday’s 7% gain as European Union member states split over a potential ban on Russian oil, but lingering supply risks They limited the fall in prices.

The bloc’s foreign ministers were divided on whether to join the United States in imposing sanctions on Russian oil, with some countries, including Germany, saying the bloc is too reliant on Russian fossil fuels to tolerate such a step.

Oil prices also fell as the US dollar rose following comments from Federal Reserve Chairman Jerome Powell on Monday that indicated the possibility of a stronger-than-expected monetary policy tightening.

A strong dollar increases the cost of oil for holders of other currencies and weakens risk appetite.
Earlier this month, Brent crude hit $139 a barrel, its highest price since 2008. Risks to supply as a result of the war in Ukraine and Iranian-allied Yemeni Houthi militia attacks on desalination facilities Saudi water and energy have limited the fall. .

On Monday, Saudi Arabia said it would not be responsible for any global supply shortfalls after the Houthi attacks, in a sign of the kingdom’s growing frustration with Washington’s handling of the Yemen and Iran issues.

The latest data on US crude oil inventories will be the focus later. Analysts do not expect any change in crude prices. The American Petroleum Institute will release its supply report later on Tuesday.

- Advertisement -
Share
Facebook
Twitter
Pinterest
WhatsApp
Previous articleThe tsar and the comedian… The meeting of Putin and Zelensky seeks to find the equation of the “enemies”
Next articleEternal dispute: Who owns the pisco? Chile or Peru?