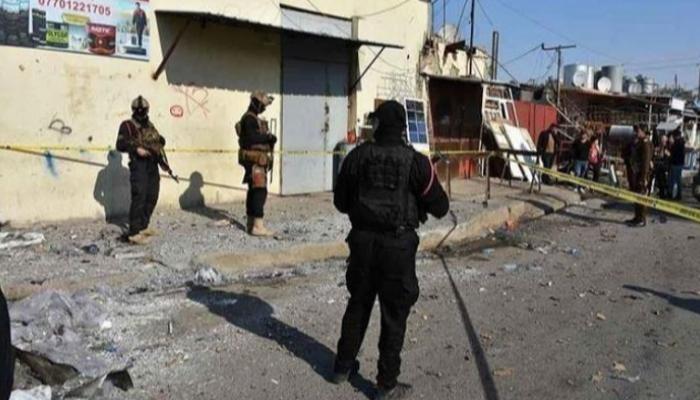 Iraqi and Turkish officials said a plan for the Iraqi Kurdistan region to supply gas to Turkey and Europe with the help of Israel was the reason for the Iranian bombing of Erbil.

The March 13 attack in Erbil shocked officials across the region with its ferocity and was a rare public attack by Iran’s Revolutionary Guards.

The Iranian Revolutionary Guards militia said the attack hit Israeli “strategic centers” in Erbil and was in response to an Israeli-launched airstrike that killed two of its members in Syria.

But the choice of target puzzled many officials and analysts, as most of the 12 missiles hit the villa of a Kurdish businessman who works in the energy sector in the autonomous Kurdistan region.

Iraqi and Turkish officials who spoke to Reuters on condition of anonymity this week said they believed the attack was a multiple message to US allies in the region, but that the main motivation was a plan to pump Kurdish gas into Turkey and Europe. with the participation of Israel.

“There were two meetings recently between Israeli and American officials and energy specialists in the village to discuss sending gas from Kurdistan to Turkey through a new pipeline,” an Iraqi security official said.

Iran’s Foreign Ministry and Iran’s Revolutionary Guards did not immediately respond to requests for comment.

A senior Iranian security official told Reuters the attack was “a multi-purpose message to many people and groups. It is up to them how to interpret it. Whatever (Israel’s) plans are, from the energy sector to agriculture, they will not come through.” . certain.”

Two Turkish officials confirmed that talks, involving US and Israeli officials, took place recently to discuss the supply of natural gas from Iraq to Turkey and Europe, but did not reveal their location.

The Iraqi security official and a former US official familiar with the plans said the Kurdish businessman whose home was hit by Iranian missiles, Baz Karim al-Barzanji, was developing a gas export pipeline.

This revelation places Iran’s attack on Erbil in the context of regional parties’ energy interests, and not as a response to a single Israeli military strike against the Iranian Revolutionary Guards, as has been widely reported.

Israel’s Foreign Ministry said it was “not aware of the matter, and Barzanji’s office has not yet responded to a request for comment.”

Iraqi Kurdistan President Nechirvan Barzani’s office denied holding meetings with US and Israeli officials to discuss an oil pipeline at Villa Barzanji. The Kurds also deny any Israeli military or official presence on their land.

The Turkish, Iraqi and Western sources spoke mainly on condition of anonymity because they are not authorized to speak to the media.

The sources said the move comes at a politically sensitive time for Iran and the region, as the gas export plan, which was being discussed, may threaten Iran’s position as a major gas supplier to Iraq and Turkey, while that its economy is still under control. the weight of international sanctions.

Efforts to revive a nuclear deal between Iran and the West have floundered in recent weeks, raising questions about the possibility of lifting sanctions on Iran, including on its oil sector.

The Iranian attack also comes at a time when Israel, Iran’s biggest enemy in the region, and Turkey are strengthening their relations and seeking more cooperation in the energy field, while the sanctions imposed on Russia, for its invasion of Ukraine, threaten with a severe energy shortage in Europe.

Iraqi and Turkish officials did not give specific details about the plan to pump gas from Iraqi Kurdistan to Turkey, and did not specify what stage it was at or what Israel’s role was in the project.

One of the Turkish officials said: “The timing of the attack in Erbil is interesting. It appears that it was primarily aimed at energy exports from northern Iraq and potential cooperation that could include Israel.”

He continued: “There was some talk about natural gas exports from northern Iraq, and we know that Iraq, the United States and Israel are involved in this process. Turkey also supports it.”

The Iraqi security official said that at least two meetings were held in the villa inhabited by Al-Barzanji to discuss this matter with US and Israeli energy experts, which he said explains the choice of target for the Iranian missile attack.

No one was seriously injured in the attack, but the villa was badly damaged.

An Iraqi government official and a Western diplomat in Iraq said “Al-Barzanji is known for hosting foreign officials and businessmen at his home, and there are Israelis among them.”

The Iraqi security official and the former US official said Barzanji-owned Kar Oil Group was working to speed up the pipeline.

Ultimately, the former US official said, the new pipeline would connect to an already completed line on the Turkish side of the border.

In turn, Fawzi Hariri, head of the office of the Presidency of the Kurdistan Region of Iraq, said that “Kar Group” is the one who built the local oil pipeline in Kurdistan, and is now managing it and also owns a third of Kurdistan. crude oil export pipeline under a financial lease, and the rest is owned by Russia’s Rosneft.