Officials and ambassadors: “Barakah II” is an Emirati achievement on the international scene 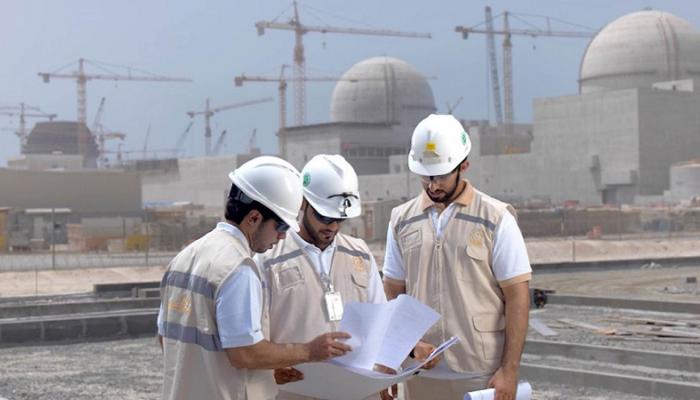 Thus came the statements of Hamad Ali Al Kaabi, Extraordinary and Plenipotentiary Ambassador of the United Arab Emirates in Austria, and permanent representative of the UAE to the International Atomic Energy Agency, on the occasion of the start of the commercial operation of the second nuclear power. plant in the Barakah area of ​​Abu Dhabi.

Hamad Ali Al Kaabi added: “The UAE has cooperated closely and directly with the International Atomic Energy Agency during the development of the UAE’s peaceful nuclear program and is committed to applying international best practices and the highest quality and safety standards.” .

He added: “The UAE’s Peaceful Nuclear Power Program has become a role model in the international arena for environmentally friendly energy production and plays a leading role in achieving the goals of the Strategic Initiative. for Climate Neutrality 2050. We look forward to sharing our expertise with the international community to help support responsible countries looking for the first time to add this generous baseload carbon-neutral electricity source to their energy mix.”

For his part, Yousef Al Otaiba, UAE Ambassador to the United States of America, said: “The start of commercial operation of the second station in Barakah is a great achievement for the UAE, which has cooperated with many partners. over the last decade to ensure the supply of abundant, safe, reliable and carbon-free electricity.

He continued: “The UAE Pacific Nuclear Program is a model for the international community as it provides a rapid approach to reducing the carbon footprint of the energy sector in the UAE, as well as improving energy security and contributing to the flexibility of the network. , in parallel to leading efforts to achieve the country’s strategic initiative for climate neutrality.” 2050, and contribute to combating climate change.

The commercial operation of the second plant in Barakah is a very important achievement during the development of the UAE’s peaceful nuclear program for more than 10 years, during which it witnessed the signing of Agreement 123 with the United States of America, which was considers the strongest bilateral agreement in history for peaceful nuclear cooperation. By cooperating with both parties and two administrations in the United States, the UAE has voluntarily made the strongest commitments on nuclear non-proliferation and has renounced the domestic enrichment and reprocessing of nuclear material. The agreement also demonstrated its great flexibility and emphasized the strength of the relations between the UAE and the US and with our trading partners.

While Jassim Hussain Thabet, Group CEO and Managing Director of the National Power Company of Abu Dhabi (TAQA), expressed his pride in the new Emirati achievement, saying: “We are all proud of the first nuclear power plant in the region. , and we at TAQA are pleased to congratulate the TAQA team. Emirates Nuclear Energy marks the start of commercial operation of the second plant in Barakah.

He added: “I am also proud that the Abu Dhabi Transmission and Control Company (TRANSCO), a subsidiary of TAQA, has contributed to this achievement by connecting to the emirate’s power grid, so that low-carbon electricity from Barakah can be delivered to users in Abu Dhabi and abroad”.

In turn, Othman Al Ali, CEO of Emirates Water and Electricity Company, said: “We are proud to witness the success and progress of our partners at Emirates Nuclear Energy Corporation with the start of commercial operation of the second unit of Barakah Nuclear. . Power Plant Through our partnership with Emirates Nuclear Energy Corporation, we are able to provide carbon neutral electricity and significantly reduce carbon footprint to support the Carbon Neutrality Strategic Initiative by 2050.”

- Advertisement -
Share
Facebook
Twitter
Pinterest
WhatsApp
Previous articleFederal Nuclear Regulation: We will continue our oversight of the operation of the second Barakah station to ensure safety and security.
Next articleNext boss Simon Wolfson warns of inflation and labor shortages