OFFICIAL: Sadio Mané is presented as a reinforcement for Bayern Munich 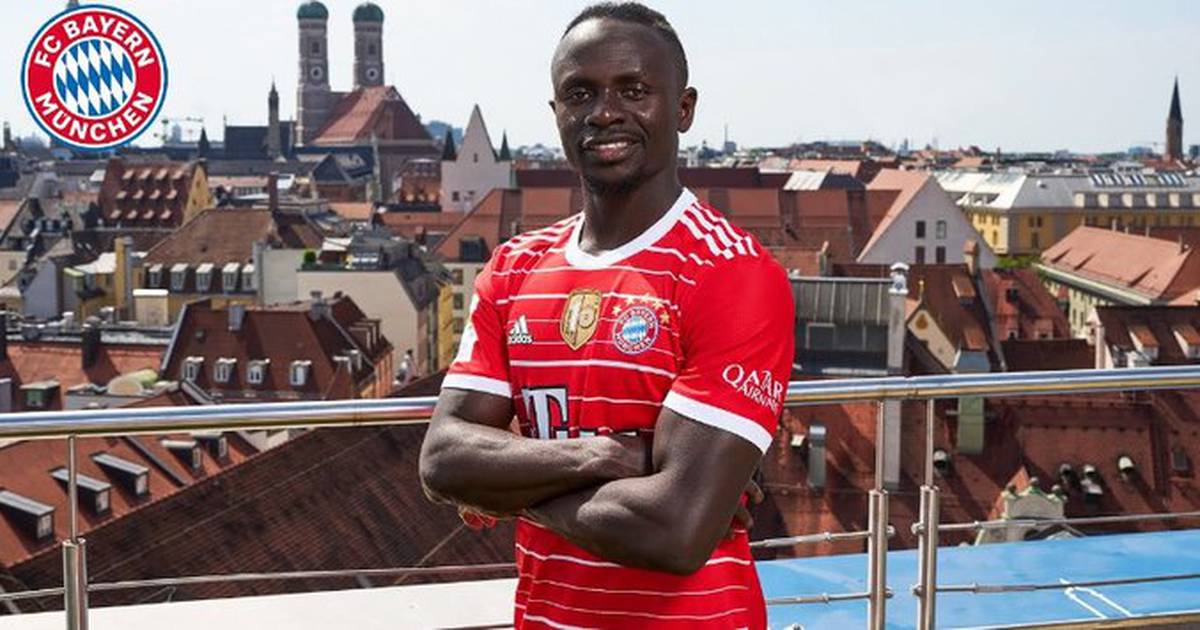 Bayern Munich and Liverpool have officially confirmed the transfer to the German club of the striker Senegalese Sadio Manéwho signed for the German champion until June 30, 2025.

Mane, 30, had been at Liverpool since 2016, which he arrived from Southampton. Previously, he played for French Metz, which he joined before his twenties, and for Red Bull Salzburg.

The African striker has won a Premiership, a Cup and a League Cup with Liverpool, as well as the Champions League in 2019, a European Super Cup and a Club World Cup. With Salzburg he also won the Austrian Bundesliga and a cup. With his national team he managed to win the African Cup of Nations (CAN) last year.

“I am very happy to finally be at Bayern Munich. We had many conversations and from the beginning I felt the great interest of this great club, so I had no doubts from the start: this is the right time for this challenge. I want to achieve a lot with this club, also internationally. Even during my stay in Salzburg, I followed a lot of Bayern matches, I really like this club!”, assured Mané.

In a farewell interview with the ‘red’ club, Mane assured that he was Liverpool’s number 1 fan. “Obviously it’s strange, very, very strange to stop being a Liverpool player after six years at Anfield. But of course I had a great time, an amazing time, and from my first day I really enjoyed training, playing, especially at Anfield and in front of these amazing fans.”

He stressed that his life “is always a challenge” and when the time came to make the decision, he told the club to face another challenge: “It’s nothing more, it’s just a challenge because I always want to challenge myself to be better and better.”

Mane explained that after making the deal he spoke with coach Jurgen Klopp and he sent a long message to say goodbye to all his team-mates and that his intention was still to leave Liverpool ‘in a very good way’.

🗣️ Sadio Mané: “My whole life is a challenge; I like challenges. We have a strong team here, we want to win everything. All the players here are made to win trophies.” #ServusMané pic.twitter.com/wrrWLaOjvn

For the president of the Bavarian club, Herbert Hainer, Mane “is a global star who accentuates the charisma of Bayern and increases the attractiveness of the entire Bundesliga” because “fans flock to stadiums for players like this”.

Former goalkeeper Oliver Kahn, sporting director, also expressed his satisfaction at having brought on the Senegalese, who he said “He is a player like very few in the world”, who is convinced that “he will bring a lot of joy” to Bayern fans in the years to come “with his spectacular style of play”. “He is ambitious and wants to win more titles. This group is very, very strong. With players like him, all great goals are possible at FC Bayern,” said Kahn.

Also Hasan Salihamidzic, sporting director of the Bavarian club, estimated that Mane “is a huge international star who has left his mark on world football”.

“In our conversations, Sadio made it clear from the start that he only wanted to play for Bayern. Everyone knows his extraordinary qualities, both in terms of play and his incredible mentality. He will give a lot to our team with his super strength and will take it forward. The fact that he joins us shows that he and our club have big goals. Sadio Mané fits perfectly into the game that Bayern plays with Julian Nagelsmann,” he said.

Liverpool, who confirm the transfer of the Senegalese after six “brilliant” seasons at the club, during which he played 269 matches, scored 120 goals and provided 38 assists, wish him the best.