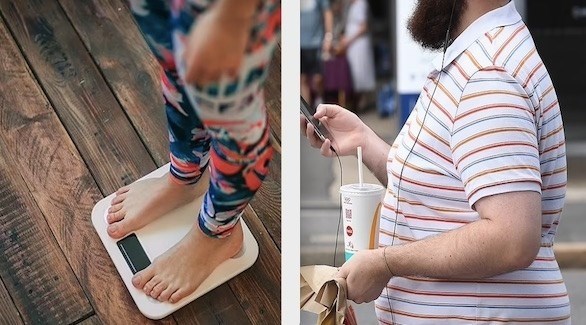 A new study conducted in Great Britain and Finland concluded that obesity in the fifties causes one to suffer from the same diseases as people over the age of seventy-five.


A study by researchers from the UK and Finland looked at how likely people are to have more than one health problem at the same time, based on age and weight.

While it is recognized that obese people are more likely than their skinny peers to suffer from problems such as heart disease, type 2 diabetes and cancer, the research is the first to determine how obesity prematurely leads to multiple diseases.

The study was conducted in a group of 115,000 Finns, where the researchers studied the diseases that affect people of fifty-five years of age. Those who were obese were found to be 20% more likely to develop diseases that generally affect humans after the age of seventy-five.

The study also included 500,000 Britons, and found that people who were obese at the age of 50 were 55% more likely to develop diseases of old age.

But the study also found that the effect of obesity on mortality is unclear, meaning obese people can suffer from illness for a long time without risking death.

According to a 2019 Department of Health England survey, 28% of adults in the country are classified as obese, while 36% are significantly overweight.