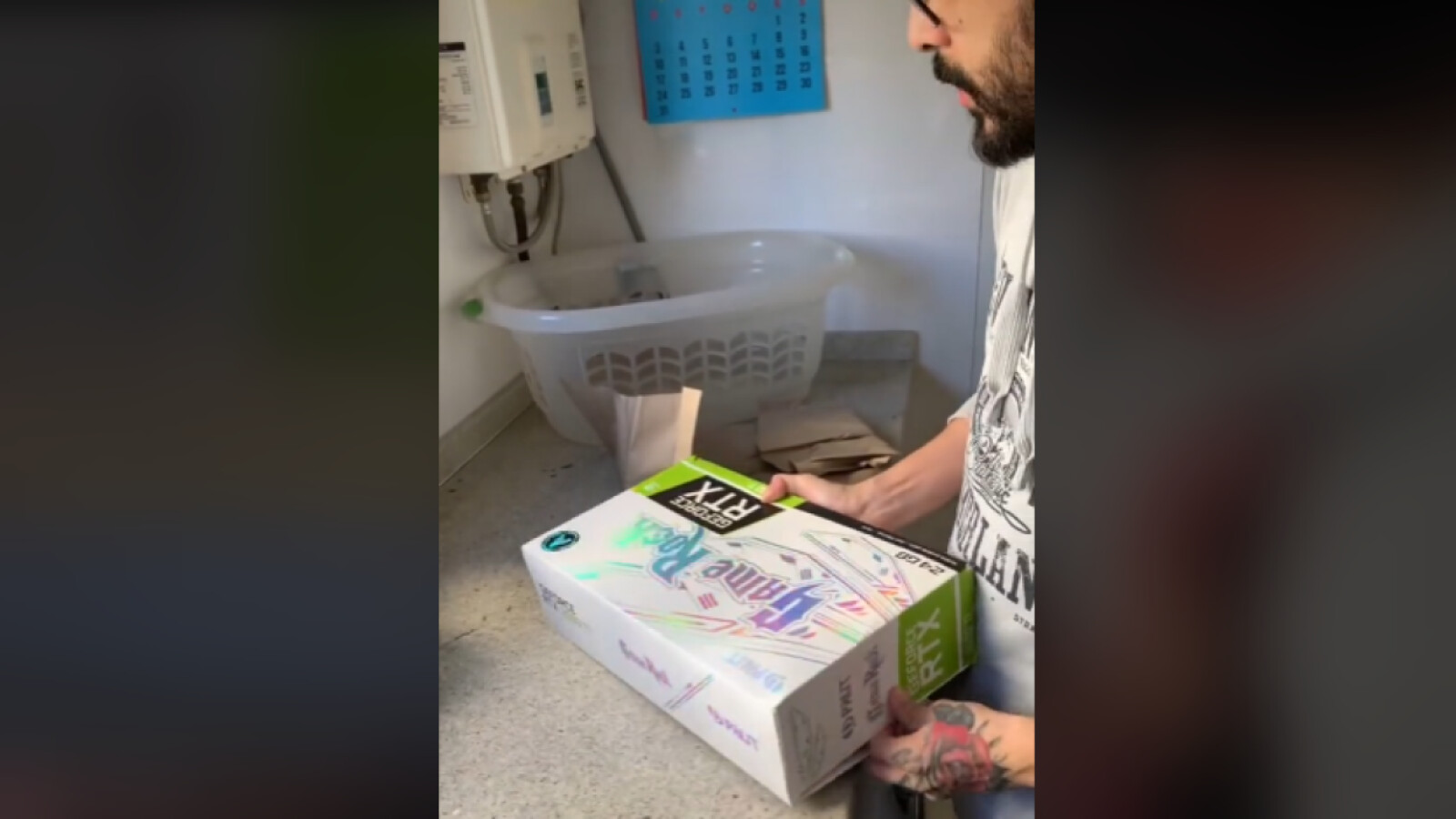 Some are currently buying Nvidia graphics cards because prices are relatively low right now. Just one order and the graphics card should arrive a few days later.

A TikToker who ordered an RTX 3090 Ti from Amazon hoped so too. But instead of the high-end graphics card, the Brazilian only received sand.

At this point you will find one Video of Tiktok, which completes the article. With one click, you can display it.

No issues resolved by Amazon

According to the man who was cheated out of nearly 2,580 euros (14,500 Brazilian reals), Amazon did not react despite numerous messages.

Instead, he allegedly just received an email with a link to permanently delete the Amazon account. The company would have reacted only when this fraud was picked up by the media.

Besides AMD and Nvidia, Intel is also entering the graphics card market. A video now shows you the Intel Arc A750, which has yet to be announced.

If you too are currently looking for a new graphics card, we will give you tips so that you can save a few euros when buying one.