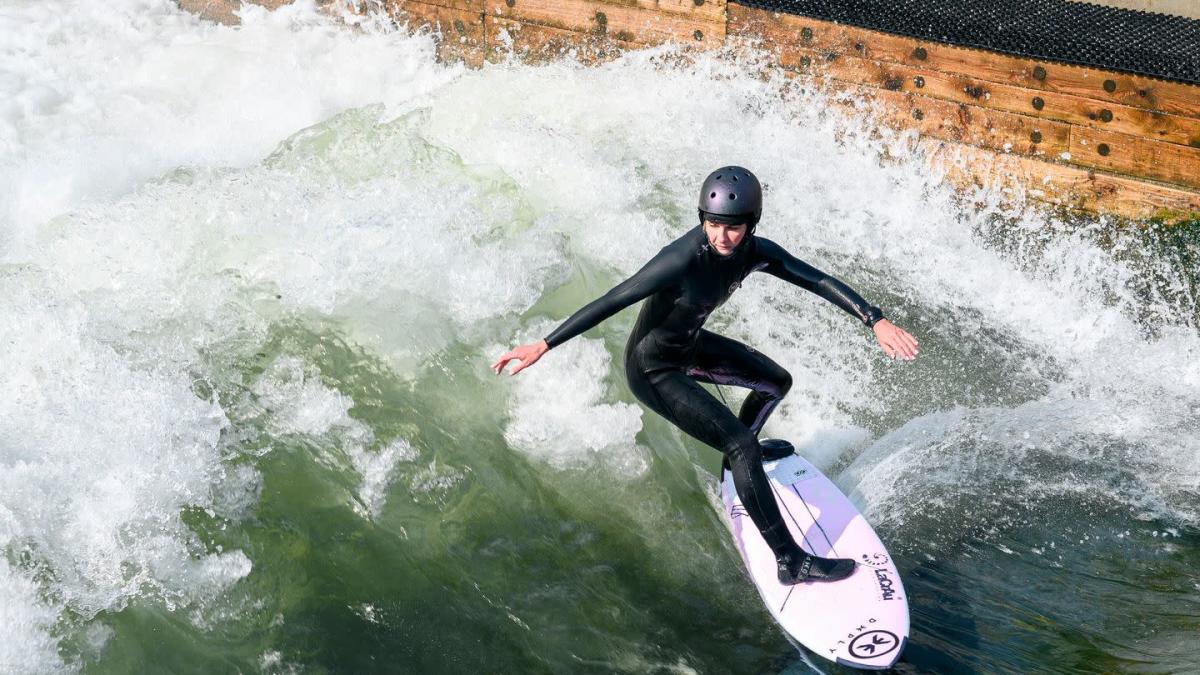 Unlike Munich, it was created deliberately, legally and with the financial help of the Bavarian state government by surfing enthusiasts.

“It was always a thorn in my side that there is only one such big wave in Munich,” Söder, who was born in Nuremberg, said in the opening. “Because the Franconian can surf just as well.” He now has a “Copacabana on Lake Wöhrder”, he said with a view of the local recreation area in the old suburb of Wöhrd.

The project, half of which is funded by the Free State of Bavaria, is designed to be environmentally friendly, includes a fish ladder and is easily accessible to surfers by bike or public transport, said the Prime Minister.

According to the German Surfers Association, Nuremberg is hot. There will be many new waves in the next five to ten years. There are considerations in cities like Hanover, Gießen or Augsburg. Planning has been going on in Nuremberg since 2012.

The project cost around three million euros and the construction took a year. The eight meter wide “Fuchslochwelle” is created by a wave system in a channel parallel to the Pegnitz. A dam dams up the river water, which is channeled through the channel via a ramp. Below it meets slower water: a wave is created. Its size and thus its degree of difficulty for surfers can be controlled through modules.