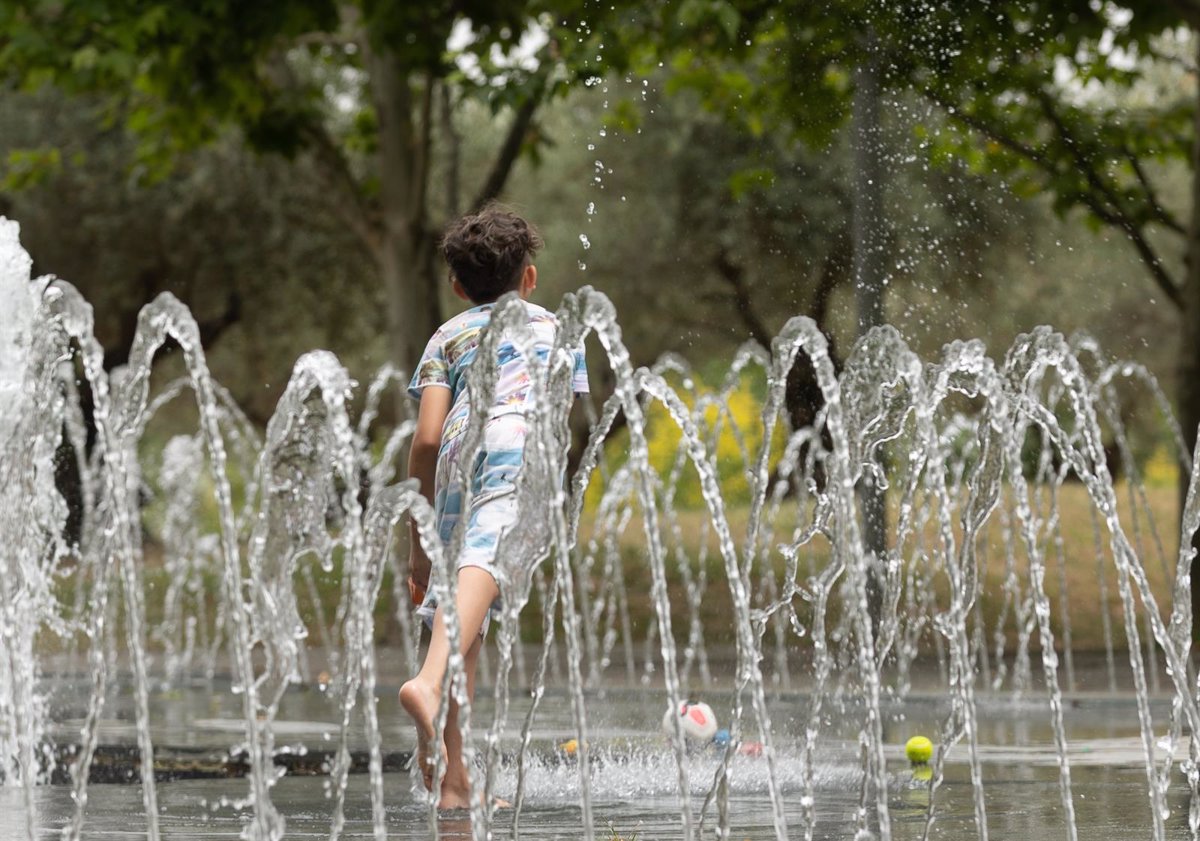 
A child gets wet on the Madrid Río jets on June 16, 2022 in Madrid, Spain. The heat wave is progressing in Madrid with haze and temperatures that first marked 27 degrees in the morning. Madrid and other autonomous communities – Eduardo Parra – European Press

The heat wave that has been felt throughout Spain for a week ends this Sunday, when there will be a sharp drop in temperature of more than 10 degrees in much of the interior of most of the peninsula, according to the forecast by the Aemet.

Although 35 degrees could still be exceeded in the Ebro Valley and at points in the south-east of the country, thermometers will mark more normal readings for a month of June this Sunday, with both maximum and minimum temperatures dropping remarkably in large parts of the Peninsula and less pronounced on the coasts and in the Balearic Islands.

Cloudy skies are expected in the north-west third of the peninsula, with precipitation that could be accompanied by a storm and be locally heavy in northern Galicia and Asturias. As a rule, they subside in the second half of the day.

In addition, cloudy intervals and evolutionary cloudiness are recorded in other areas of the western third of the peninsula and the northeast, with some occasional showers, more likely in the western Pyrenees.

On the rest of the peninsula and in the Balearic Islands, partly cloudy skies with some low morning clouds on the Valencian coast and with evolutionary clouds in the interior of the eastern third.

In the Canary Islands, cloudy periods are expected in the north of the islands and clearer skies in the south, with little change in temperature.

- Advertisement -
Share
Facebook
Twitter
Pinterest
WhatsApp
Previous articleFrom the mythical Azteca Stadium to New York: these are the venues for the 2026 World Cup
Next articleThe electricity price fell this Sunday by 16% to 177.64 euros per megawatt hour