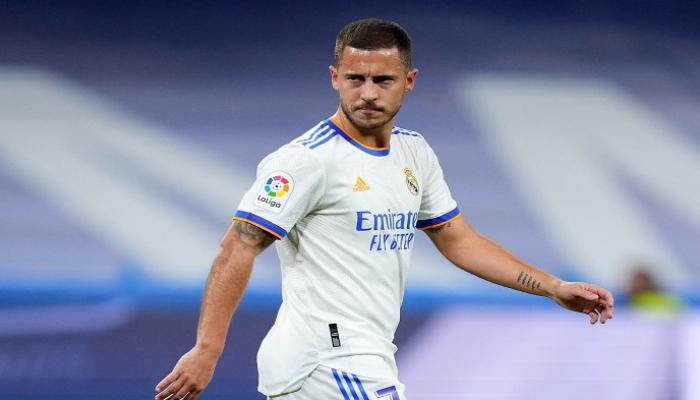 Real Madrid have received shocking news about their Belgian star, Eden Hazard, who has been absent for long periods of time from the team due to injury.

Real Madrid released an official statement on Friday, saying “Hazard will undergo surgery in the coming days to remove a metal plate that was previously implanted in his right ankle.”

Real Madrid’s statement means Hazard, 31, is not injured but will have to miss the team for an operation.

The royal club did not mention the duration of the Belgian winger’s absence, but the Spanish newspaper “AS” said that it will be between 4 and 5 weeks, which means his return at the beginning of next May, when the season is nearing its end.

And in the event of Hazard’s absence during the entire period that the newspaper mentions, Real Madrid will miss his effort in a difficult and fateful stage of the season, which will witness the confrontation of the ‘Royal’ with Chelsea back and forth. back in the quarterfinals. the Champions League, and against Sevilla, Merengue’s first competitor for the Spanish League title.

Since joining Real Madrid in 2019 from Chelsea for €115m, Hazard has been cursed with injuries that prevented him from playing more than 60 games.

The Madrid fans counted on Hazard to compensate for the departure of the Portuguese star Cristiano Ronaldo to Juventus in 2018, but Hazard disappointed all hopes with his numerous injuries and absences, as well as the fluctuation of his level, which made him leave the starter. line up.

Since the start of this season, Hazard has participated in 22 games for Real Madrid in different competitions (877 minutes), in which he scored a goal and provided two assists.

In total, the former Chelsea star has made 65 appearances for the royal team since 2019, during which he scored 6 goals and provided 10 assists.