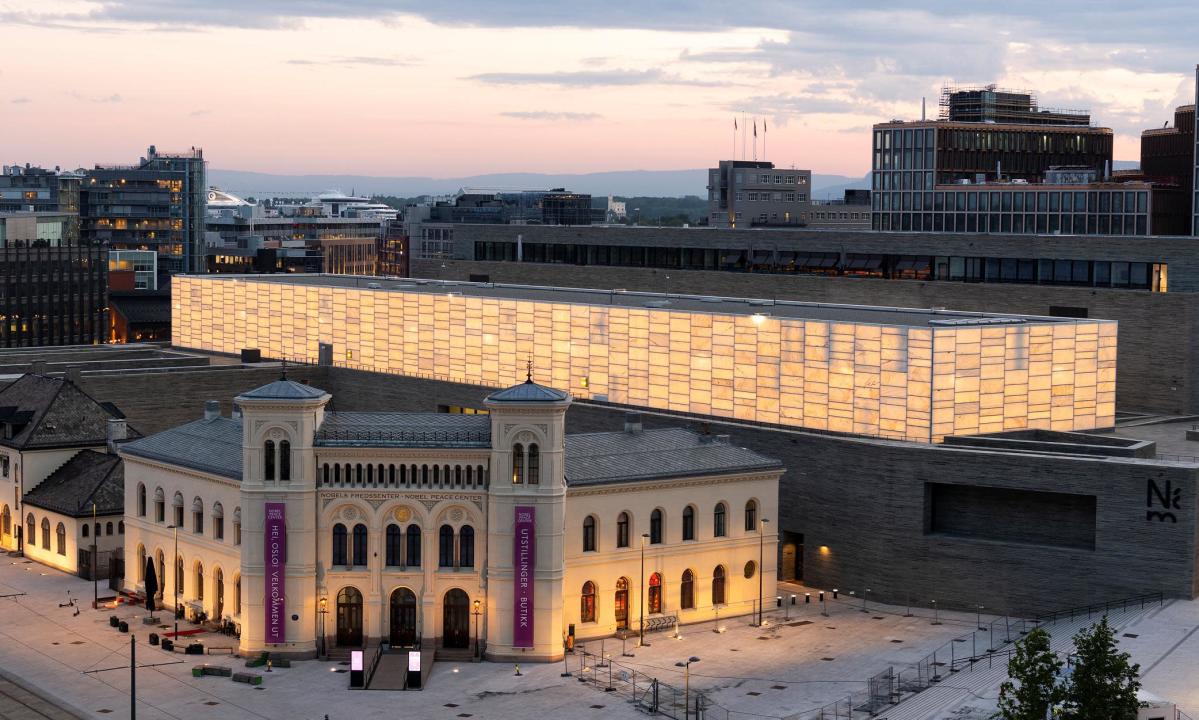 From its “grey box” appearance and eye-watering price tag to lengthy construction delays, the new National Museum of Norway has kept critics busy.

Located on Oslo’s western waterfront, the £500m museum will be the largest in the Nordic region when it opens on June 11. However, its director, Karin Hindsbo, has been remorseful enough to apologize for the lengthy delays that kept big-name artwork like Edvard Munch’s most famous version of The Scream out of public view for years.

“That we have not met the expectations of the audience in recent years, I’m sorry,” he wrote in 2020.

With the finishing touches being done before its grand opening (entrance fee has yet to be decided, for example), Hindsbo now believes things are coming together at an opportune time.

It is a museum on an epic scale. Across 13,000 square meters of exhibition space, 5,000 works will be displayed at Oslo’s Rådhusplassen site, making it larger than Amsterdam’s Rijksmuseum or Bilbao’s Guggenheim. Hindsbo says that people will have options and will be offered guidance according to their time and interests.

“But I would also say that maybe these days, when things tend to move very, very fast, I don’t think it’s a bad thing to provide a space that you can stay in for many hours,” he says. “Maybe it’s not so bad to get lost in art these days.”

The concept of the museum emerged in the mid-2000s, but the wisdom of the Norwegian parliament’s decision in 2013 to combine the collections of four existing museums, including the hugely popular National Gallery, has been hotly debated throughout.

Hindsbo says the idea is good because “people will be able to see the whole history of Norwegian cultural heritage and regional cultural heritage in a global perspective under one roof,” and in conditions that best preserve and display the pieces.

The offer of the National Museum of Art, Architecture and Design, to give its full name, is wide: from the medieval Baldishol tapestry and Chinese imperial porcelain to fashion, 18th-century Norwegian crystal glasses and contemporary design and Arts and crafts.

The second floor is dominated by the visual arts, from Dutch and Flemish landscape paintings to 17th-century still lifes and the 19th-century landscape masterpieces of Johan Christian Dahl.

The museum’s Munch Room has some of the Norwegian painter’s most famous works, including one of his four versions of The Scream.

Crowning the building is a 2,400-square-meter Light Hall, visible for miles around at night thanks to 9,000 energy-efficient, adjustable LED lights.

To critics who complain that German architects Kleihues + Schuwerk have spent a fortune and eight years building what some have criticized as a slate-covered gray box, Hindsbo says the point is how the works will be cared for and displayed in the inside.

The building on the site of a former train station was designed to blend in with its neighborhood, says Hindsbo. “This is not a tall building, it is low. It is low maintenance but high quality and the issue of sustainability is important. All materials are chosen within a 300-year range, so nothing has to be thrown away in 20 years.”

“We should have vines growing on the facade, we have grass on the roof, and that is still not visible. And the most important thing is the actual exhibition space, and my humble opinion is that it is a unique exhibition space, with such incredible conditions to display our collection, and I think the audience will see it and appreciate it once we open.

Hindsbo is also unfazed by those who don’t like the museum’s logo, a capital “N” followed by an “a” and an “m” cut in half. Some have suggested that it is an attempt to secure a fancy acronym, in this case Nam, like MoMA (Museum of Modern Art) in New York.

“Our logo is a logo and not a name,” says Hindsbo. “In fact, I think it works very well.”

He apologizes further for delays caused by construction complications and then the covid-19 pandemic, which caused some of Norway’s best art to be out of the public eye.

“It’s not funny that a museum has closed doors, it’s not what we do,” he says.

In response, some of the most significant works that could be moved have been loaned out in the last year.