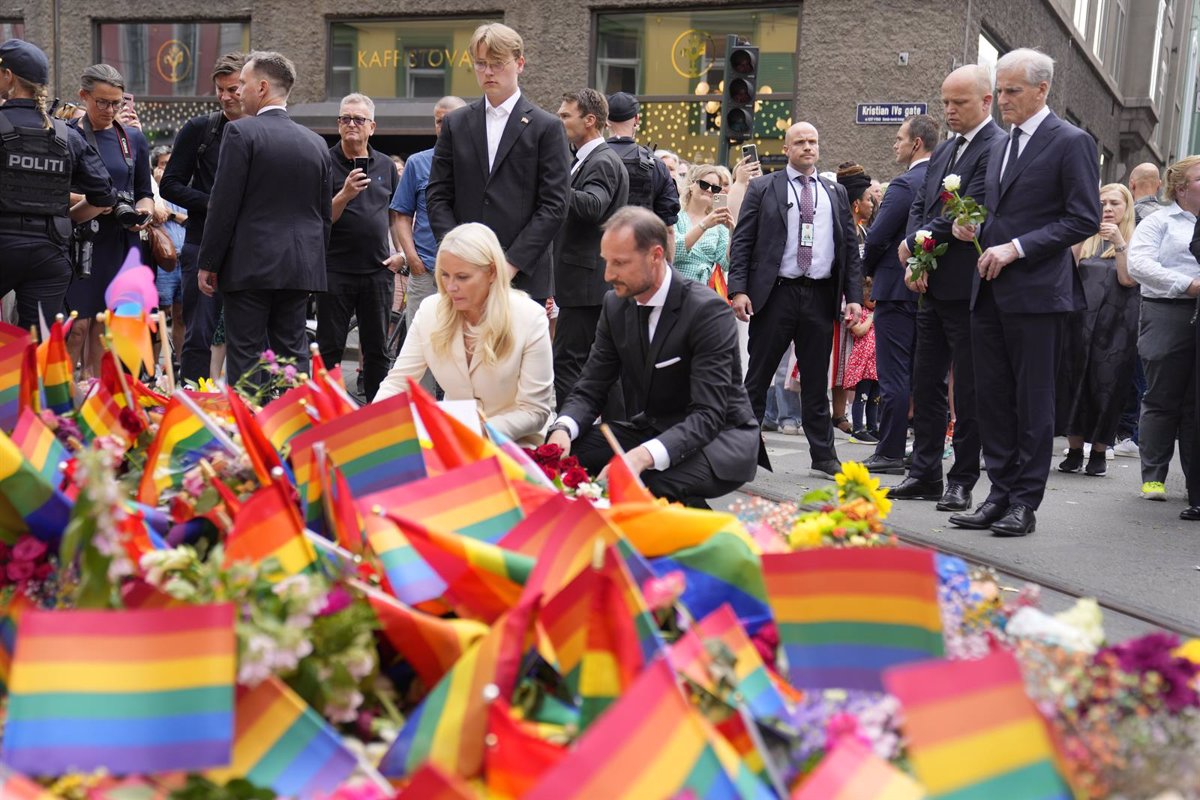 Oslo Cathedral was the scene of a memorial service for the victims of last Saturday’s shooting attack on an LGBTI pub that killed at least two and injured 21 and was investigated by authorities as a terrorist attack.

“We are gathered here in pain, despair and helplessness,” Deaconess Anne-May Grassass said during Mass, condemning the attack as an attack on the diversity the country had long fought for.

Store called on the population to speak out against hate and to continue to work for a diverse society. He also addressed the Muslim population directly, stressing that they are part of Norwegian society and that he knew many would be shocked to learn of the perpetrator’s alleged motive.

“It shocked our entire society,” said Kristin Gunleiksrud Raaum, chairwoman of the Church Council of Norway, according to broadcaster NRK. “Those of us who are ‘queer’ need to get solidarity and support from everyone else now,” he added.

The London Pub nightclub, the main target of the attacks, has been a popular meeting place for Oslo’s LGBTI community since 1979. The club is described on its website as having a “completely unique atmosphere”. Here everyone can be themselves and be accepted for it.

Many were there Friday night and early Saturday, ahead of a large Pride march scheduled for Saturday after being canceled for the past two years because of the pandemic. The Oslo Pride Parade was canceled again on Saturday morning in light of the attacks and will be postponed to a later date.

Police previously reported that the arrested suspect is a Norwegian citizen of Iranian origin.

- Advertisement -
Share
Facebook
Twitter
Pinterest
WhatsApp
Previous articleOn the eve of the Madrid summit, with the support of the IU and without Podemos, a massive anti-NATO demonstration is accused
Next articleBagnaia uses downfall from Quartararo to win Moto GP Dutch Grand Prix