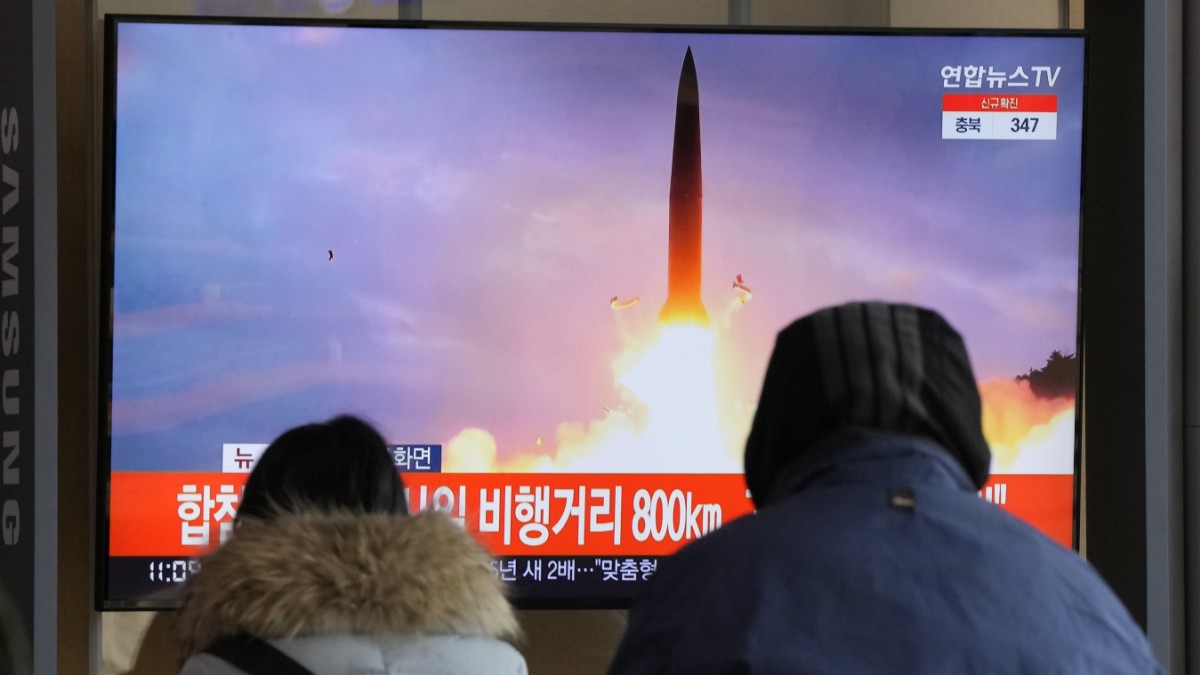 According to the US government, North Korea’s latest missile tests are related to Pyongyang’s work on a new intercontinental missile system. US Defense Department spokesman John Kirby said in Washington that after analyzing ballistic missile launches in late February and early March, it was assumed that they were a new intercontinental ballistic missile system being developed by North Korea. . The tests would not have been carried out at full speed. The purpose was probably “to evaluate this new system before a full range test is carried out in the future”.

A senior US official called the tests a “serious escalation” by North Korea. “These launches are a flagrant violation of several UN Security Council resolutions.” In response, the US Treasury Department will announce new sanctions against North Korea on Friday. “There will be a series of other measures in the coming days,” the US government representative announced, without being more specific. The Pentagon also said the US Indo-Pacific Command this week ordered increased intelligence reconnaissance activities in the Yellow Sea, as well as increased readiness of ballistic missile defense forces in the region.

Recently, North Korea again caused unrest with missile tests in the region. According to its neighbors South Korea and Japan, the isolated country fired a ballistic missile into the open sea in early March. North Korea itself spoke of another important test in the development of an earth observation satellite. According to Japan and South Korea, North Korea had already launched a suspected ballistic missile in late February and later talked about a test for satellite development.

UN resolutions prohibit the country from testing such missiles

The US administration official said the decision to publish its findings on the February and March tests is now due to the need for the international community to speak with one voice in opposing Korea’s further development of such weapons. from North. Washington’s new measures should make it clear to Pyongyang “that these illegal and destabilizing activities have consequences, that the international community will not accept these actions as normal and, more importantly, that the only viable path for North Korea is through of diplomatic negotiations.

Kirby said the new ICBM system was first unveiled at a military parade in North Korea in October 2020. At the time, experts at the Stimson Center’s North Korea news site 38 North wrote that the new The intercontinental ballistic missile, presumably a Hwasong-16, appears to be between 25 and 26 meters long and thus between 4 and 4.5 meters longer than the Hwasong 15, which had been tested in November 2017.

The dispute over North Korea’s nuclear program has been one of the most dangerous conflicts in international politics for years. Tensions rose significantly in 2017 after the country repeatedly tested missiles and another nuclear bomb, thereby violating UN resolutions. The resolutions prohibit the country from testing such missiles, which, depending on the design, can also carry a nuclear warhead. Pyongyang’s goal has always been to develop an intercontinental ballistic missile that can reach the United States.

Pundits have long been speculating that North Korea could use the Ukraine crisis to put more pressure on the US to come up with concrete proposals for new negotiations. The US government has been holding talks with Pyongyang over its nuclear weapons program for three years.

The US administration official stressed that the United States continues to pursue a diplomatic route and is ready for meetings without preconditions. US President Joe Biden himself has made it clear that he is open to talking to North Korean leader Kim Jong Un as soon as a serious deal based on working-level negotiations is on the table. However, the official complained that North Korea continued to fail to respond to US efforts.