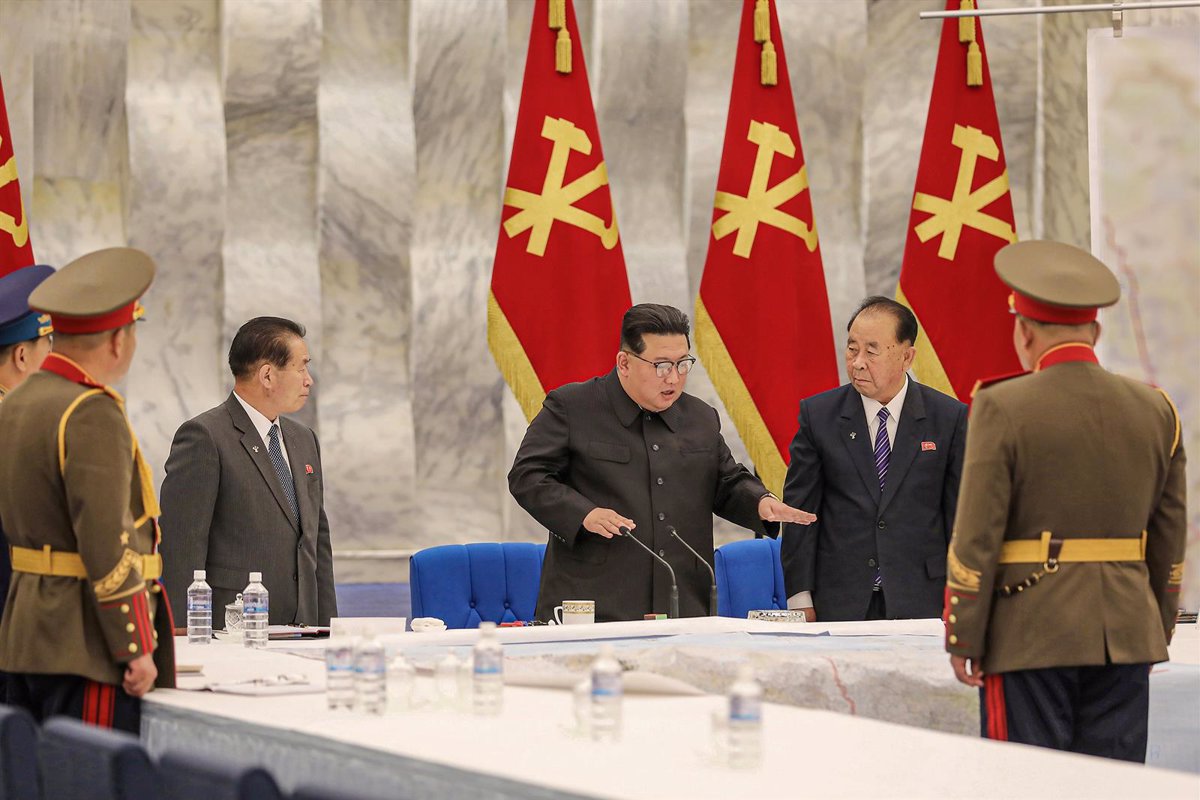 North Korea this Friday adopted a military action plan aimed at further expanding and strengthening the country’s “war deterrence,” after the party’s Central Military Commission agreed on it at a key three-day meeting.

This was reported by the North Korean news agency KCNA.

“(The Commission) has approved important issues arising from the provision of a military guarantee to further develop and strengthen the country’s war deterrence, in line with the strategic intent of the Party’s Central Committee,” North Korea’s Central Commission said in a statement.

Chairing the meeting, North Korean leader Kim Jong Un stressed the need for the entire army to consolidate “in every respect the powerful self-defense capabilities” to overcome any enemy force and thus protect, “trusted in a way”, the dignity of the country and the security of its people.

“Today’s struggle to overcome the ordeal of the revolution with strong will and firm determination urgently requires the Korean People’s Army to be powerful, to defend the revolution and the country, to firmly hold absolute power and military and technical force, and constantly increasing,” added the North Korean leader, as reported by the aforementioned agency.