No Zelenskyj Speech: Reactions to the Ukraine War at the Oscars 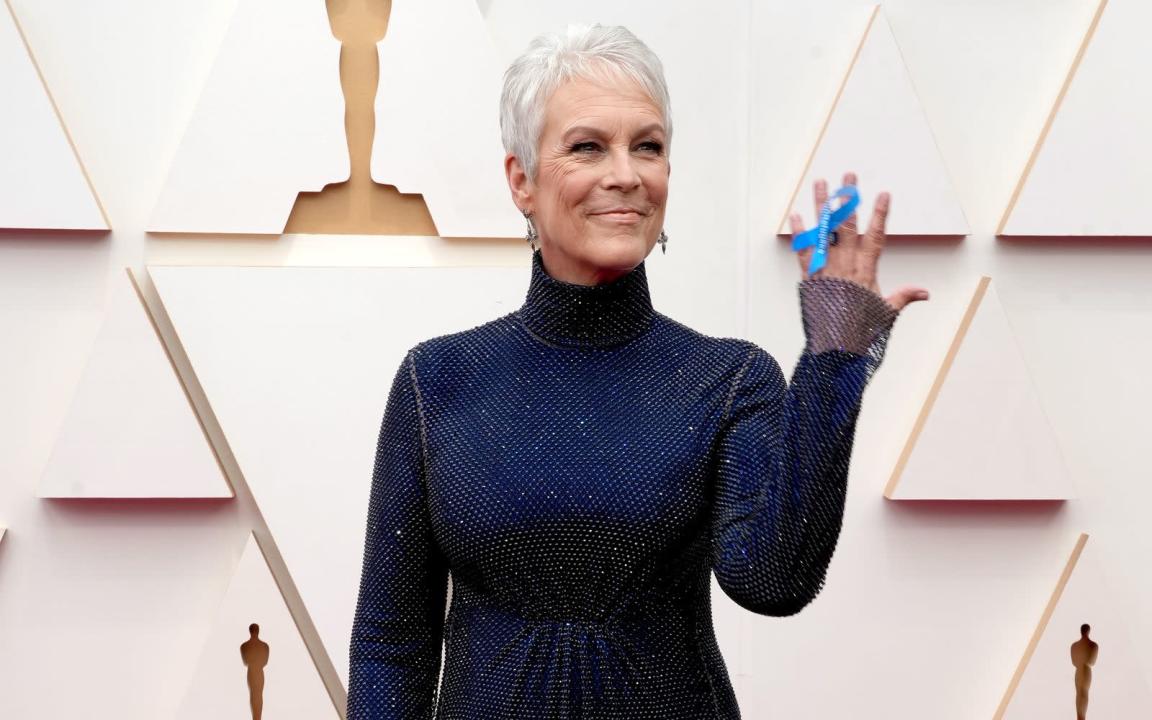 The suffering of the Ukrainian people was also present at the 94th Academy Awards. Numerous stars showed their sympathy with blue ribbons or blue and yellow accessories. However, the speech of Ukrainian President Volodymyr Zelenskyj, expected by many, did not take place.

It was the biggest evening of the movie year: The 94th Academy Awards ceremony took place on Sunday at the Dolby Theater in Los Angeles. But this time it wasn’t just about movies: many guests took advantage of the glamorous Oscar ceremony to draw attention to the war in Ukraine and show solidarity. Numerous stars, including British actor Benedict Cumberbatch (“The Power of the Dog”), director Pedro Almodóvar (“Parallel Mothers”) and American actress Jamie Lee Curtis, wore blue ribbons that read “WithRefugees” (“With refugees”) ) or blue and yellow badges in the colors of the Ukrainian flag.

There were also some verbal statements. In an interview with ProSieben presenter Steven Gätjen, Curtis found clear words on the red carpet: “If there is a person here who does not support Ukraine, send them here… tell them to come to me.” In his acceptance speech, filmmaker Ben Proudfoot (“The Queen of Basketball,” Best Documentary Short) also addressed the war directly: Addressing US President Joe Biden, he demanded “Bring Brittney Griner home.” The basketball player was arrested at the Moscow airport in mid-February for drug trafficking. You face up to ten years in prison. At the end of his speech for the 50th anniversary of “The Godfather”, director Francis Ford Coppola exclaimed: “Long live Ukraine”.

Minute of silence for Ukraine

However, the video appearance of Ukrainian President Volodymyr Zelenskyj, which was requested by many celebrities in advance, was cancelled. Instead, around 3:30 am (German time), Ukrainian-born Mila Kunis took the stage: “It’s impossible not to be moved by Ukraine’s resilience,” she said, announcing a song meant to inspire hope. Following Reba McEntire’s performance of Diane Warren’s “Somehow You Do” from “Four Good Days,” three banners appeared calling for a minute of silence for Ukraine’s victims: “While film is an important vehicle for us to reflect our humanity in times of… To express the conflict, the reality is that millions of families in Ukraine need food, health care, clean water and emergency services.Resources are scarce and we, as a global community, can do more. We ask you, Ukraine, to support in any way you can. #StandWithUkraine.”

In the run-up to the ceremony, actor Sean Penn had called for a boycott of the gala if Selenskyj was not allowed to speak. In an interview with CNN, the 61-year-old also announced that he would melt down his two Oscar statuettes (“Mystic River,” 2004, “Milk,” 2009) in protest.

- Advertisement -
Share
Facebook
Twitter
Pinterest
WhatsApp
Previous articleAid workers expect nearly 1.5 million climate refugees from Somalia
Next articleThe defense of the ‘Pharaohs’ challenges Mane and his companions in a decisive battle for a seat in the World Cup